i dont know if it was a key i clicked, but now the phrase from the next characters starts in the same message box from the previous and the parts of the previous one in the front. i deleted those dialogues, but it still is bugging out. not sure how to fix this. i already restarted and everything

I don't know anything about Visual Novel Maker, but a similar thing started happening to me with MZ. It got to the point where I just threw the towel in and restarted the game from scratch. Fortunately I was only into the game for a few hours. But then the same thing started happening again. Turns out it had to do with Visustella's Message Core. I had inserted a plugin command to give 5 lines to the text box rather than the default 4 and never turned it back to 4. And that's when the mayhem started each time. When I put a plugin command to revert the number of lines back to 4, everything started behaving again. Not sure if you're using this kind of plugin, but I figured I'd mention it because you are describing exactly what happened to me. 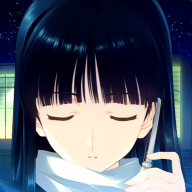 zerobeat032
finally drew 3 of the enemies that appear as students from the high school that's in my game.
Today at 12:05 PM •••