It's my first time using Moghunter's Chrono Engine and I've encountered a few problems with getting it to work in my project. I downloaded the demo from the site and know how it all works, but I'm running into a problem when I try and run a test battle in my ongoing project.
I copied all the correct images and files from the demo into my project's files, and I've copied the events, tool map, and plugins and set it all up exactly how it's set up in the demo. When I approach an enemy the battle starts up successfully, but the enemies don't attack at all and I can't do anything. I can't use items, skills, guard, or attack.
The cursor that appears when you're selecting an enemy to attack doesn't appear at all even though it's in my files.
View attachment 149524
Here's the cursor I'm talking about
View attachment 149525
As you can see, it's absent

However, I started a completely new and fresh project and did the same method I did with my ongoing project, and it didn't work either until I filled out the weapons page with weapons from the demo. Then it started working. But my ongoing project has the same weapons from the demo and it doesn't work.
I looked at the English translated help documents for the plugins, searched online, and watched a bunch of tutorials but I can't figure out for the life of me why I can't attack or do anything in battle in my ongoing project. It seems to me like I'm doing exactly what everybody else does in their videos. I didn't add a single original line of code and won't until I get the system running smoothly. I've double, triple, and quadruple checked the database and the files, but I might have missed something.

I'd be really thankful if someone who's better at understanding things than I am could help me out here... I've been working on this the entire day and it has me pulling my hair out. Is there any known compatibility issues I'm not aware of? I have some Yanfly battle plugins but I turned those off.

Any help is appreciated and I would be so, so thankful my goodness this has really driven me up the wall today
And if you need any additional screenshots or information I'll be happy to provide!
Thanks in advance <3 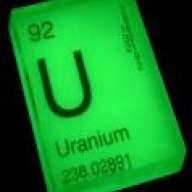 Before we get to deep into this first sugestion.

Copy your project files, maps etc, TO The ChronoEngine Demo Project. Rename the project. And go from there! That way you have the chrono engine properly set up. It will take you a lot of work trying to do it the way you are now.
You can open 2 screens of RPG Maker also to make copying easyer for Maps with events on them etc.

This way you can edit spells etc as they are properly set up. This way you can mimic things and edit them to your likeing so you have a reference point in your project. Once you dont need things from the chrono demo just delete them.

I can help you with the chrono engine if you would like to Private Message me with question! If I can't help you can always post on the fourms. I know how difficult it can be to get started as the chrono engine has many features and compatibility issues to be aware of + trying to learn it all on the fly with no teacher.

rpgmakerweb.com has be nothing short of Amazing! Best community and such helpful people! So I must do my part in return for all the amazing help i've received

I can easily diagnose why your attack is not working. But I just wanted to suggest copying your files over to the chrono demo. It is a better way to do things. Otherwise you will be constantly fixing things for a while until it properly functions. Just becomes a mess.

Next for the attacks, I can guide to to making your own but you will need to do the copying first, then rename the chrono demo to your own game name once you have all your maps and art and plugins moves over.
Last edited: Jun 30, 2020

Wow, I never even thought of that! Thanks so much for such a thorough, helpful, and kind response, I was totally not expecting that! I'll try it out right away and update you on how it goes. As for attacks, I know how to make my own attacks but I might need a little help with all that, too, since I'm planning some complex things with this engine like a character joining mid-fight as part of a tutorial. I wanna tackle this problem first before I try and get ahead of myself, though! I'll keep you posted~!

Thanks for the reply <3

P.S should I copy everything from my project? Including stuff like my plugins file and everything? Since I already have the plugins installed, it'll ask me if I want to replace them. If something's funky I don't want to replace them, but there's going to be like 700 files to replace and I really don't wanna sift through all of em just to find which ones I should keep.
Last edited: Jun 30, 2020

I beleive that is all you will need to copy form the folders.
Next open both projects in rpg maker and start copying any maps you made.

Okay! What about the database; should I leave that alone? I already have a few custom items and actors, some common events and such. Especially the actors, cause the demo already has some actors made and I don't know if I should leave them intact or transfer mine over

Kitty_Rika said:
Okay! What about the database; should I leave that alone? I already have a few custom items and actors, some common events and such. Especially the actors, cause the demo already has some actors made and I don't know if I should leave them intact or transfer mine over
Click to expand...

Copy the common events. I wouldn't copy the items as we will need to remake those to function in chrono engine as you want them to.


*Mind my spelling I type to fast.

Thank you, on it now! Also I have to copy my audio files haha

Also for the Actors, Just change the names in the chrono demo to what you want. For the actor art, don't change that yet as you will get errors (Missing Images)

gotcha, thank you so much for helping me!

Is there a specific order I have to put all the plugins in? I have plugins from Galv and Yanfly, namely message plugins and Yanfly's essential starter pack

There isen't a perfect way that I know of, I have done my arrangement by trial and error.

I finished putting everything in... and now battles won't even start!
I can walk right next to the monster and it just ignores meee

I've got a lead! I deleted all of my plugins except the Moghunter ones, and it works! (Of course I put them back after) Now I just need to go through my plugins to see which one is messing up my battle system ;w;

Uranium said:
There isen't a perfect way that I know of, I have done my arrangement by trial and error.

I found the issue! It appears Moghunter's Chrono Engine is incompatible with Yanfly's Item Core <3
Thanks so much for your help!

Kitty_Rika said:
I found the issue! It appears Moghunter's Chrono Engine is incompatible with Yanfly's Item Core <3
Thanks so much for your help!
Click to expand...

Every now and then I'm using a plugin and it doesn't work quite the way I want it to, so I put in a little tweak to do what I want. Sometimes it's a bugfix, sometimes it's just changing things to be easier for me to work with. Since I'm not the only person using these plugins, I figured I'd put...