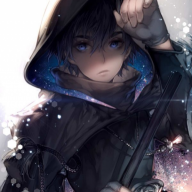 I'm relatively new not only to this forum, rpgmaker or scripts, but also windows and game making. I've been practicing a while and recently started implementing Yanfly's scripts and learning how they operate and work. However this is something that I can't figure out and would like to ask for assistance on.

I had added in Yanfly's Battle Core script and several of the battle scripts along with that, but ever since I added them in combat won't work. Anytime I attempt it, before it shows anything in the screen this message pops up:

Originally it was for maxbuff because I had the Buffs and Stats script, but I took that out seeing if combat would work. When I did, the 'X' changed from 'maxbuff' to 'warmup_rate'. I haven't actually changed anything in the classes, monsters, actors yet, was just running it to see if the scripts worked but it doesn't. I tried to read the instructions on how to use it but I couldn't find anything. When the game crashes and I go to scripts, it immediately jumps to this part of the Yanfly Ace Skill Restrictions Script:


As I've explained already I'm new to script, so I'm not entirely sure what is going on. Whether it's that I should have written something in somewhere, taken something out, turn something off/on, or else something I'm not coming up with I'm unsure of what's wrong or what to do other than take out all the scripts (which is what I *don't* want). Can someone help me figure this out?

This error happens when you are trying to access a property or method that hasn't been defined within the scope of the class (or been made "accessible" through the attr_accessor keyword in the case of properties). Normally this points to a code error, but given that it's a Yanfly script that hasn't been modified in almost a decade, that seems very unlikely.

The only other thing I might suspect, since you say you haven't actually added notetags to Actors/Enemies/Skills yet, is that you may have inserted the scripts in the wrong order. You almost always want to add custom scripts AFTER Scene_Gameover and BEFORE Main. Additionally, sometimes scripts have dependencies on each other - the dependent script must always be placed AFTER the script that it is dependent on. For example, Yanfly's "Battle System: FTB" must always be placed somewhere after his "Ace Battle Engine". If it's placed before Ace Battle Engine, it won't work. Go ahead and take a screenshot of your Script Editor that shows the order of scripts you've inserted, and I'll look to see if anything looks like it could be causing your error.

(Also, whenever you change anything with scripts, be sure to Save your project before testing anything.)

And the Yanfly scripts are out of order actually. I hadn't realized its order would affect it so that is very good to know. All the Yanfly scripts were put into the materials category (I do take tutorials, but either they didn't mention how the scripts had to be in the right order or I missed it). 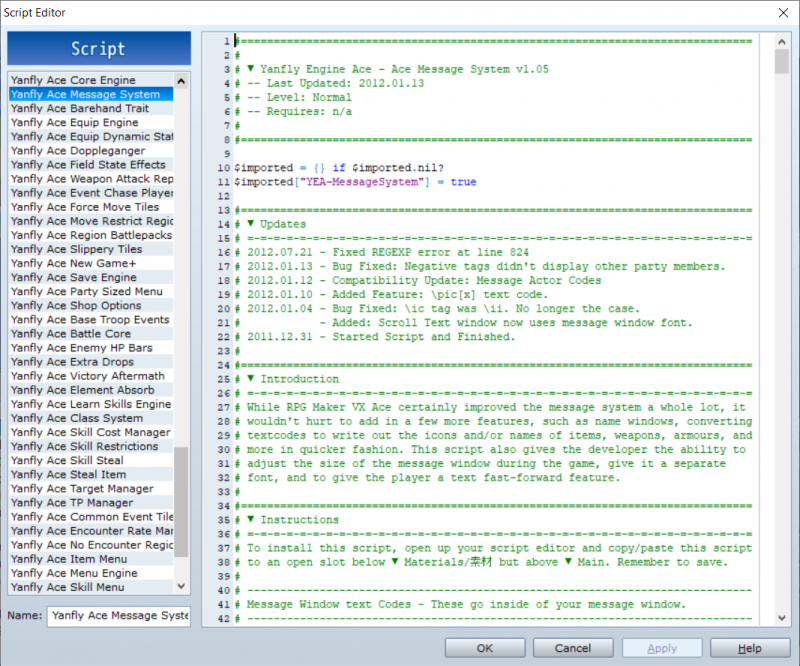 Whenever you have an error, don't type the error message. Screenshot it. Most of the time, the important message is lost in the process when typing it, so it is better to just show the error notice screenshot and post it here.

And as always, link to the script (the original one) and post a snippet of what you've edited if you did edit any.

Telemindred said:
either they didn't mention how the scripts had to be in the right order or I missed it
Click to expand...

— — — Here are the scripts made for RPG Maker VX Ace. Keep in mind that these scripts aren’t compatible with RPG Maker VX (not Ace). It’s highly recommended that you p…

yanflychannel.wordpress.com
In red it says to put them in the order shown.

So when you put them in the right order, does it still give the 'undefined method' errors?

Wavelength said:
So when you put them in the right order, does it still give the 'undefined method' errors?
Click to expand...

Just removed and reapplied all of the scripts and it does work. Thank you very much Wavelength, I truly appreciate it! I'll keep in mind to double check any/all instructions and descriptions in case I miss something the first time.

TheoAllen said:
Whenever you have an error, don't type the error message. Screenshot it. Most of the time, the important message is lost in the process when typing it, so it is better to just show the error notice screenshot and post it here.

And as always, link to the script (the original one) and post a snippet of what you've edited if you did edit any.
Click to expand... 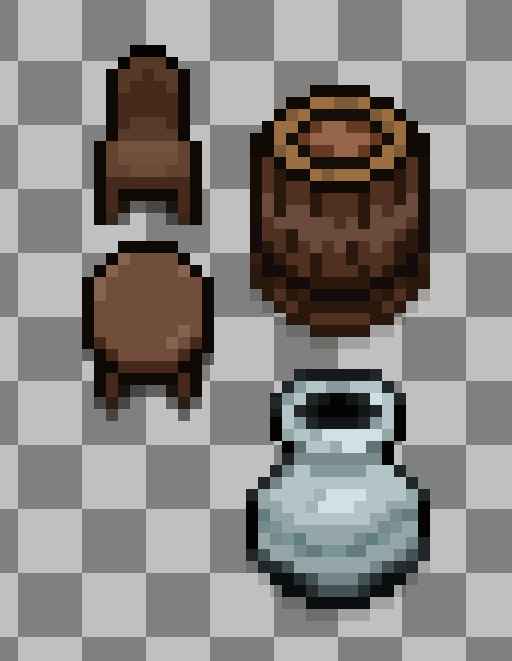