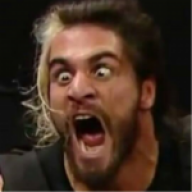 Hello, I'm looking for people to beta test my game for balancing/bug fixing purposes. Anyone of any skill level is recommended and appreciated.

'It Pours' is an Action RPG inspired by Dark Souls. I yearned to make a game as engaging and challenging as the aforementioned game, so here's my attempt. This is a one-man project that'll hopefully take only weeks to create.

The game puts you in the 'shoes' of an unnamed creature sentenced to eternity in prison for reasons unknown. As you progress through the story, you eventually learn of a race hunted to near-extinction, a religious cult, and a tale of tragedy.

- 19 classes to choose from, each with their own special skills and unique abilities.

- Dozens of skills to mix and match in battle.

Okay, so I tried to play the demo, but just when I was killing the first skeletons, this happened:

I don't know what I did, I was smashing F to attack, I think I was about to die or something. Light went on and I was locked inside that box and couldn't move, just turn different directions.


//Update// maybe it bugs every time you die? I died when I was fighting the next skeletons too (in the are after first heal /save)... Suddenly there was like ten skeletons smashing around, making very much noise and yeah, well, my character was not taking any damage, instead those skeles just knocked him around. It was very weird
Last edited by a moderator: May 3, 2015

Sorry about that, I've since fixed that issue, and updated the download link.

So far I like the story concept and level design. I quickly started spamming spells however as I found the melee combat finicky, but I might not be correctly understanding the dodge mechanic. Anyway after grinding a bit I did notice that if you die on the first boss and spawn at the Guard Quarters the lighting system stays bright for that room and the next. Other than that the first area seems very clean.

A few other things to add/change would be to explain the class system and spell learning in more depth, i found myself just messing with it to learn it. Balancing the mage might be a good idea as well since after learning a few spells i found myself destroying everything in my path to the point of killing higher level enemies in the first area gaining a bunch of levels and getting rather lost.

Over all it was rather fun to just explore and kill stuff, you did a good job making it like DarkSouls on that point. Will definitely add to this next time i play.

All the bugs you mentioned have been recognized and fixed. I am now releasing the official beta for It Pours.

Adjustments made in addition to bug fixes:

- Heal and Major Heal have been buffed

- Level up system has been significantly altered. Instead of gaining experience by killing enemies, you will only receive gold, which can be used to raise different stats.

- Many enemies' HP has been reduced, now requiring at least 2-3 hits to kill akin to Dark Souls.

- Enemies will no longer respawn on the hub map