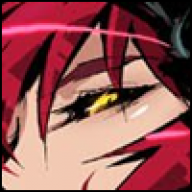 So I've seen a few plugins that dance around this, but nothing that really helps me do everything I'm trying to do.  Hoping that someone can either make a script that does what I need, or that works well with another script that does part of it or whatever.  I'm only supporting my game for PC, so anything that would only work on a PC release is just fine.


Before I describe what I need, I'm going to mention ahead of time that I'm using Dekita's "Map Buttons" and Shaz's "No Item Categories".


Right now, because I am using the Map Buttons instead of my main menu, I have an "items" button that uses SceneManager.push(Scene_Item).  So I would need to be able to call on the new item window in a similar fashion.  I would also need the ability to set the item window to a custom key as well.  I can do this easily with a script of Hime's, but I wanted to mention this ahead of time because calling the window this way has a purpose for another part of my request.


If the plugin doesn't include the ability to just have all the items show up in one window, it would need to be compatible with Shaz's plugin.


So to finally get around to my main idea here, the window would look something like this (not in color/texture, just the general layout): I don't have a preference to where it would anchor (though control over that would be nice), as long as it is a floating window that shows the rest of the map behind it.  I'd really, REALLY like the name floating near the cursor like that when you hover over it, but if it can't be done, I'd be fine with the names being listed in small letters under each icon.  The window should not show how many of a particular item I have, as you will only ever have one of any item anyway.


The second part is how it would behave.  When clicking on an item, I'd like it to basically load the cursor with the item.  At that point, I can do one of three things.  I can click on an event to use the item on that event (the actual handling of that can likely be handled by another script I saw Hime has that lets you have conditional actions on an event based on what you used to activate it, I would just need the plugin to be able to tell the event that it is being activated by the item I chose).


The second thing the player would be able to do is, while the cursor is loaded, use the hotkey I assigned (with the common event attached that calls the item window) to open the item window, then use the item the cursor is loaded with on a second item I click on.  For example, using the image I posted above.  The player opens the item window and selects the pliers.  Pliers are my active item.  Preferably, the plugin could change my cursor to the pliers icon so I know it's loaded in.  Then, I can either click an event to have the item be used on that event, or I can open the item window again and click an item in my inventory.  Clicking on the lamp with the pliers would result in nothing happening (or an event where I state that it isn't a valid combination).  Maybe clicking on the nail would cause the nail to be bent (in the background, player loses item Nail, gains Bent Nail).  Regarding mouse behavior, I'm using TDDP_MouseSystemEx right now, but I can ditch it if it would cause conflicts and the mouse behavior I need could be done without it.


The third behavior would be using the cancel button/right click to cancel out the stored item from the cursor.


I'm sorry my thought process was all over the place here, I couldn't get it together in my brain how to ask for this request efficiently.  I know that asking for a custom window, custom item behavior, and custom mouse behavior in a single addon is a bit demanding of me.  I honestly won't blame anyone if this request doesn't get filled.  But, if someone somehow managed it, you would make me the happiest person ever.

Bump! (hope I didn't do this too early)

Bumping again!  Still looking for this

Hmmm, doing windows and things isn't to bad.
But making the item do three things when you select it I think can be done just by using events .

What I'm looking for specifically, I have been unable to do with eventing.