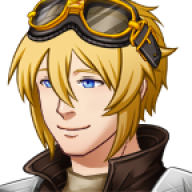 
Yes, it is I, glory and praise be me, but only on Saturdays.


So I was faffing about with RMMV and I found I could change the battle music but... it's a permanent change.


I tried finding a thread on this forum and checked through written tutorials on how to script a fight where the music for that fight is different than usual.


but is there also a way to do this automatically after the next fight? or at least return to the default music it was before?


that's what those common events are for, right?


suppose i have a light world and a dark world (I don't, but suppose) where each get their own overworld theme, town theme, battle theme... but the bosses get something special.


Can this be done automatically or does it have to happen manually?


Thanks for your patience, understanding, support and assistance. 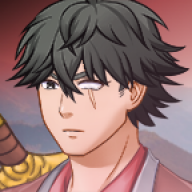 I guess you can use a combination of common events and switches to do it automaticly. But really I think it's more simple for the developper to do this manually, like when you switch between worlds, you make the needed changes, and so on.

Run a common event before and after each fight. It checks a variable that determines which battle music to play and sets it back to 0 at the end of a fight. Default music is set at 0, then mini-boss at 1 and boss at 2. The only thing it requires is to manually set the variable at the start of a (mini-)boss fight.


It could easily be made to work with light/dark worlds, just requires an extra conditional branch that checks which world the player is in.

What I do is I have a common event that I call to set the boss music before the fight, and another common event to set the music back to the original normal battle music. This way if I want to change the music based on location in the story (or say I decide to change my battle music completely mid game) I only have to edit the common event.
You must log in or register to reply here.
Share:
Facebook Twitter Reddit Pinterest Tumblr WhatsApp Email Share Link