It's Gonna Be A Long Night (A short murder/mystery game) 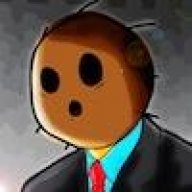 Hello, I'm currently working on finishing up a game demo/short game in RMMV based on an old idea I once had wherein the game was short and the ending was randomized each time. My friend calls it like a cynical version of Clue, which I guess sums it up. I've been using the POP HORROR pack for graphics, but I'm not set on using it if something better comes along.

​
Oh, also, this game may or may not contain adult language and themes depending on your own sensibilities.
​

The player must form a team of up to 4 people to go and solve puzzles to gain evidence and prove who committed a murder 10 years ago before their host gets tired and kills them all off. At first, the puzzles only rely on one skill (Jumping over gaps, controlling a dog, pushing boxes, reading foreign languages and running fast) but as the game goes along, you must rely on more and more skills to solve puzzles. The risk comes with your party. If you leave two people behind and one of them is the murderer, then the "innocent" character will be murdered, the host will know who the murderer is and kill the remaining players, but if you figure out who the murderer is and, like a game of poker, use that to get out alive, you win.

In the near future, the zombie apocalypse has begun (doesn't it always?) and a mysterious man forces you into a "safe room" with 5 other characters where he reveals that each of you was suspected of murdering his son in a cold case 10 years ago. Since it's the end of the world, and you're all going to die anyway, it's now or never to solve this case so he wagers that if the 6 of you can prove who the murderer is before midnight, you'll be set free and be able to choose if you'd like to kill your host or not. He's hidden the evidence from the trial in 3 floors with puzzle rooms and everytime you complete a floor, the mechanical "safe room" goes to the next floor. Also, zombies have infested the murder mansion (of course they have) so you must battle them to stay alive while solving the puzzles.


You can create your own character from a preset list of options. This includes class and gender.


His face is hidden and he only appears through PA systems and, occasionally, on TV, but he's brought you all together, for better or worse. A genius in his own right, he got rich off selling his mechanical room to replace elevators and used that money to make his mansion to one day solve the murder of his only son.


Pepper is an easy-going California surfer who now works at the Chinese Pizza Express in town. His "go for it" attitude always gets the pizza there on time and he's learned how to take shortcuts and jump over small gaps to get it there on time.


Linda: A factory worker who dreamt of the lifestyle of the rich and the famous, but never achieved it. Her life in the factory built up significant strength for her, so she can move heavy objects.


Flip: A bartender and amateur dog-trainer who always keeps his cool.


Sarah: A missionary who has traveled the world for her beliefs. At the time of the murder, she was raising money for a trip to Africa to build a school and can speak and understand many languages without the use of Google Translate.


Darren: A short-tempered kick-boxer with minor fame to his name nowadays. His extensive legwork has allowed him to become faster than most people, or at least the people accused of murder.

(hidden to save space)
​

Besides the (hopefully implemented) random ending and short length, you'll be able to choose from 10 jobs (5 per gender) with each unlocking some unique branches of dialogue and abilities. Male characters can be: Plumber, Nurse, Detective, Guard or Stripper while Female characters can choose from: Doctor, Firefighter, Cop, Security Guard and Actress. Each has a different sprite to accompany along with the dialogue. All of the "skills" to solve the puzzle have been implemented and the first floor (tutorial floor) has been mostly completed (minus a bug here and there).


The game would consist of 6 levels (Tutorial Area, Puzzle Tutorial Floor, Puzzle Floor 2, Puzzle Floor 3, Puzzle Floor 4, Final Area) and a limited number of key cards to get back to the "Safe Room" means taking risks with your team choices and planning out what you do beforehand.

Essentially, anyone who wants to help out or likes the idea. Feedback is always important, so is making sure the game isn't broken (you can only ask your fiance so many times to play the same game and make sure the puzzles can't be broken...).


As for specifics, I would love to have someone help out with the puzzle creation and if someone knows how or has ideas for how to do the random ending (since the evidence would have to be suited for the outcome as well) or anyone who would like to help out with the story.


Since I've seen other people do this in list form, I guess that couldn't hurt:


-Sprite Artist (not essential, but would be nice)


-Battler Artist (not essential, but would be nice)


So, yeah, this is a game I want to do and I like the idea of so hopefully I can find some partners to help out, if not, at least I'll always have a demo of a game, haha. I've listed this as free since I haven't noticed a lot of games looking for writers for trade, but if you'd like someone to help writing for your game, I'd be happy to trade that. I'm not that good of a spriter, to be honest, unless it's old-old 8-bit. 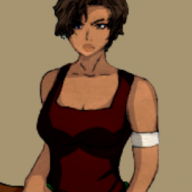 I like the concept of your project, I can help you with basically everything (from writting story to sprite artist) lol, but as I'm also working on my project Outbreak, it will be cool if we could help each other .