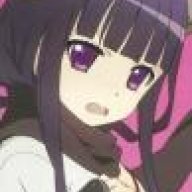 I thought Javascript must be used inside html's script tag,but why  rpgmaker mv doesn't have a script tag or any tag in the source code?

They're in the index.html file. And plugins are script tags that get appended to the body.


Documentation and JS Library is full of useful information too.

Thanks,dreadshadow and quxios for answering ,but I have another question.

Actually, the file that runs the games made in RM MV is based on Chromium if I remember correctly.. So in a sense, they are ran inside a browser.


Plus I bet they can even just make a full program that reads and executes JS codes if they wanted to do so though it's more time consuming...


If you're talking about the RM MV program itself and not the games made on it, it doesn't run on JS so it doesn't need to be on browser...
Last edited by a moderator: Dec 15, 2016

Engr. Adiktuzmiko said:
If you're talking about the RM MV program itself and not the games made on it, it doesn't run on JS so it doesn't need to be on browser...
Click to expand...

So what programming language is rpgmaker mv


Where can I find the source code for the rpgmaker program itself?

IDK.. why do you need to anyway? Most of the things needed to make and run the games if not all are made in JS, those are the only that you need to concern yourself with.


Editing the editor itself or reverse engineering it etc is forbidden  AFAIK so there is no source code lying around
Last edited by a moderator: Dec 15, 2016

The editor itself cannot be altered without breaching the EULA terms.

Engr. Adiktuzmiko said:
Most of the things needed to run the games if not all are made in JS
Click to expand...

What do you mean?can you

I don't want to breach the EULA terms,I am just curious and


wanting to read the code.


Nevermind,I just read from adiktuzmiko that reversed engineering is forbidden.
Last edited by a moderator: Dec 15, 2016

Basically what I meant was that you don't need to read the code for the engine itself to make and run games. Almost every code that runs the games made with MV are available on the js folder of the game (the only thing missing probably is the internal code of the game.exe that begins the execution of the JS files).


If you want to know how the games are ran, read those JS files.. Reading the editor code won't teach you about that because all it has is how every aspect of the editor runs probably. The only time that you'd want to read the editor code is if you want to edit the editor itself which you cannot do without breaching the EULA anyway.
Last edited by a moderator: Dec 15, 2016

Listen, RPG Maker MV is probably written in a programming language that can produce compiled code, like C++ or something. I am not sure what language it is made of.


The program is compiled to an executable file, thus the code is NOT available and I assume it is proprietary code.


Now the program is using a set of JS prototypes to make a game. The interface is in binary but the Javascript code that THE PRODUCED GAMES WILL BE MADE OF, is available to you.


RPG Maker MV runs on Windows as an executable file and not as a JS file, because it is not written in JS.


The core of your produced games is the Javascript collection of prototypes and plugins you can find in:


Cheah Hsun Teik said:
Where can I find the source code for the rpgmaker program itself?
Click to expand...

As I stated above, proprietary code is closed source, not available to anyone but the developers, so you can not have access to it.


If with any means and for any reason you suddenly got access to such code, you severely break the E.U.L.A.


Imagine that you take Visual Studio and make a GUI in C#. That GUI will do complex stuff, involving combining Javascript prototypes, music pieces and pictures, to display a map editor, objects on it that will be called Events, in order to make a game. That is what RPG Maker is actually.  As a user it is hard to understand what I say, but it is like a program that is a development enviroment.


What programming language is Unity made of?


Better yet: What programming language is Eclipse made of? JAVA!


Eclipse might be written in Java but you can code C++ programs using Eclipse. Right?


Is that more clear now to you?

THAT is a good question. Meanwhile nobody is obligated to answer, because they don't have to, since it's proprietary code.


If someone replies it is nice to know, but to be honest, what difference does it make?


Nevermind,I just read from adiktuzmiko that reversed engineering is forbidden.
Click to expand... 
A legal reason to reverse engineer code, is if you lose your own work and start analyzing using a hex editor what were you doing, hopefully on a small project you own or have authority to access the source code whatsoever.
Last edited by a moderator: Dec 15, 2016
You must log in or register to reply here.
Share:
Facebook Twitter Reddit Pinterest Tumblr WhatsApp Email Link

DamianCastaway
I keep snapping wireless headphones. I think thats how they get ya, good sound quality but cheap plastic...
46 minutes ago •••

Prescott
Broke the 1,000 hour mark on MV last night! Most of that was spent on 1 project, with most of that project being worked on outside the engine so far.
Today at 7:49 AM •••

Soulrender
Does anyone knows those arts are just rip-offs from anime, or those are custom arts? There are no availlable TOS information so I'm not sure it's safe to get them
Today at 7:32 AM •••