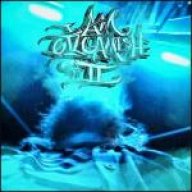 Great read in here, a lot of good input!


I would say there are some key factors.


-Character Development: like @Miacuro was basically saying, that's basically what it boils down to, and in most JRPG's, character development is pretty much strictly in battle


-Less spam, more bacon: Get some good, meaty, fleshed out jobs that have a lot of depth to them without doubling the same stuff like elemental attack buffs.


There's my summary of what I just read along with my own thoughts.

Okay, thanks your thoughts, everyone. It's good to see that this thread is still going.


I'm getting close to brainstorming the skills for all of my classes... though balancing them at appropriate job levels is another task that remains, as is how/if I will divide them up among the characters or leave it more open.  I have deliberately chosen an even number of jobs to make it somewhat easier to divide them among a party of four if I choose to go that route though.
Last edited by a moderator: Sep 17, 2016

If you go with the 4-man party you could make their job choices to be based on their personalities and backgrounds.


So I've worked out most of my classes themselves, and I'm considering how to divide them up as you suggested, both according to backgrounds, as suggested, and gameplay considerations.


Now, I'll use the system I've devised as the example, but we can discuss it as a broader theoretical concern.  So suppose that each class usually has one core skill set that it always carries with it as the active job or the sub-job.  Each job also learns a number of skills (both active abilities and passive abilities) that can be equipped by any job once learned within a limited number of skill slots.  For example, in my class system, each class (with a few exceptions) learns 5 such skills that can be equipped by any job, and there are 14 jobs planned for the game.  How many slots should each character have for equipped skills?


Also, how should one divvy up the 14 jobs between the characters?  Does each character get half (7 jobs)?  Do they get fewer?


Then again, since I developed the job system before the characters, that may dictate certain choices that I make about them as I come up with the story.

If it's 14 you may allow up to 7 jobs per character or less, i wouldn't recommend something above it w.e idk how you planned your system.


Consider that if you use a subclass system along you will have something close or highter than 6.227.020.800 possible combinations, I recommend you to playtest and see if you really wanna keep 14 jobs or reduce the number of jobs.


Again, playtest the passive thing. I'd start with 3 to see how actors handle it, too many passives may rend buffs useless or overpowered.


Job systems who are story driven may help you on developing your plot and actors...or not.
Last edited by a moderator: Sep 24, 2016

@kovak  Granted, it will ultimately come back to play testing. 14 jobs is significantly fewer than many games with job systems that I've played (FF5, FFD, FFT, Bravely Default, etc)., though I suppose it's different when one person is trying to balance everything, and that was a reason why I consciously decided on a lower number.  I don't want to get rid of more jobs without actually play testing things, because I want a fairly rich job system.  But yes, I was thinking about 3-4 slots for skills, and maybe you're right that I should keep it down to 3 to force some more meaningful choices / keep them from loading up on too many buffs.


I can't really help that I knew I wanted to make a game with a job system before I devised the characters for it.  But I agree shifting the focus to the characters now that I have my system outlined may suggest further refinements and how to divide up the jobs among the party.
Last edited by a moderator: Sep 25, 2016

Wonder what some of you guys think about certain classes having overlapping abilities such as both the Knight and the Cleric having a healing ability? Or Thief and Warlock both inflicting ailments (although the thief will have ones that do damage and the warlock will inflict all enemies.)
Last edited by a moderator: Sep 27, 2016

It depends. What makes them distict instead of one being just a better version of the other?


In the original Final Fantasy, the Red Mage could have both black and white magic, but it was just as limited in number of slots. In bravery default, besides not being as powerful with either, it learns the more powerful later, if he ever learns that level of magic.


In D&D 3.0/3.5, both Paladins and Clerics have healing abilities, but while the Paladin also got physical damage his healing spells are gained later and are less powerful.

In the Thief and Warlock case i've merged both classes.

My solution here is to just have the Knight focus on physical defense, and Clerics on healing.  If you want a Knight with healing ability (a Paladin), equip Cleric as a sub-job to Knight.

Deppending on how you gonna customize the subclass plugin he will really look like a Paladin.

Now that I'm closer to implementing sub-classing, how do people think the mechanics of sub-classing should work in general?


Yanfly's subclass plugin lets characters equip one sub-class at a time, gaining access to its skills and a fraction of its stats.  The subclass is also awarded a fraction of the Job Points that the main class is given.  To clarify, just in case anyone is not familiar with Job Points, they determine the "Job Level" of the class, which is independent of the character's level, and certain skills can only be unlocked at or above certain job levels.


Would you give the main class a stat bonus based on the equipped sub-class, as Yanfly does?  If so, how much?  Do you agree with the sub-class getting some JP as well, or should only the main class be awarded JP?


Lastly, how should JP be awarded?  On a per-enemy basis?  Different, fixed amounts for each enemy?  Per action taken?  Per level up?  Should there be random bonus amounts allowed, as Yanfly allows?


While per action most closely ties into actually doing the activities of the job, this advantages faster characters, and creates a perverse incentive for players to prolong battles, so I don't favor this.  I'd probably do it based on giving each enemy a certain amount of JP that it awards when defeated, varying between enemies and generally increasing as the game goes on.  I don't have much against including a few JP as a bonus for leveling up the character, though that may be too much early on and too little later.

I think it depends on what the second class gives. If it is heavy on skills versus one heavy in stats, each one should contribute with their focus. If they are a balance of both, though... I'd do both.


The RPGs with Job Points I ever saw had fixed amounts for each enemy... But I think per action, with each action giving a different amount, makes sense. It is how it happens in Tactics games... maybe a formula mixing both?

Actually it deppends on the game, there are ones where it follows a formula and others where the gain is fixed per action.
If you wanna use a formula i'd recommend to go with something like this:


In the subclass matter you have to be careful with the parameters that you gonna import, chances of breaking the balance are high. Importing skills, elements and equip types alone is less harmful.

I did say the ones I ever saw... Pretty sure there are many different I didn't.


Any examples you could give I could take a look at?

Actually it's good that it goes negative to reduce the amount gained from the flat value.


I doubt you will face really low leveled enemies as you progress, on the other hand you will earn more JP when facing bosses since they are supposed to be stronger than your party.


Final Fantasy Tactics uses formula for JP, it works there cuz you waste more time in Tactics than in a more classic turn based combat.

Lv is the level of the person performing the action

But what if they did face low-leveled enemies?


And my edit does not make it not remove from flat value, just that if the total goes bellow 0 there is no loss.


Uh. I always thought Tactics had a flat value for each technique, even if there was a formula used overall...

I kinda doubt player will face enemies who are 6 levels below the party.


@kovak  Still, one should design formulae so that they don't break down in certain limits.  What if a player is backtracking to an earlier town?  We don't want them to lose JP.


I believe the defaults in Yanfly's plugin is about 20-25% of the sub-job's stats carry over.  Of course, this is very significant, and means (even without access to additional skills) one should always be sub-classed in such a system.  Still, I like the idea of the sub-job having some influence on the character's stats, even if it is a bit smaller than that.

You should look at the class system from Star Wars:  Saga Edition.  The guide books are probably still available online.  The class system was deliberately designed for multiclassing compared to traditional D&D systems which penalized players for taking too many classes.


But the gist is that you would take levels in one class to fill in gaps in other classes.  For example, Jedi lack class skills (non-combat skills), but Scoundrels lack the use of the Force.  If you wanted a Jedi that could solve a lot of non-combat challenges or could exploit certain weaknesses, you'd take levels in both.


Another key point is that you can only take 20 levels; you cannot max all the classes.