Off Topic, but Ninja/Chemist with Sink, Throw Item, & Teleport was one of my FAVE builds. Lol. Make that Ninja a Female with some definitely under-powered (LAWL!!) perfume and select equipment.. and you have one of the best support/assault toons ever. Hello? Sneak attack Phoenix down?? Hehe.

I was just basic Ramza with 2 knight swords and tons of speed enough to hit kill anything that was not a boss and get extra turns.
Last edited by a moderator: Oct 20, 2016

@kovak @Miacuro And I found some of the job prerequisites to be counterintuitive.  Still a great game.


I remember making Luso a monk with Dual-Wield for some massive damage.  Meanwhile Ramza devasted the field as an Arithmetician.  And I loved using Agrias, not least of all because of her similarity to Fate/Stay Night's Saber... I even gave her Excalibur from Orlandeau to complete the reference, even though he's a more powerful character than her.

We kinda never left though. Analyzing the failings of a successful use of the class system to avoid the mistakes... it counts as design.


Also, agree about the Chemist. While the passives are good... Needing to learn to use an item is a big problem, and kinda forces you to make every character one. I agree, just give the passives to be learnable by Squires and let everyone use all items.

If the class allowed you to use items in unusual ways like spending potions to deal damage or antidotes to apply poison would have been better.


With a passive that allowed you increase the radius of item usage would have been nice too, like level 1 magic.


Yeah, item use is fundamental in most RPGs.  And what sort of training does one need to consume items / self-medicate?  And it's not like the Chemist is actually brewing those items themselves - in which case having to learn the Item skills would actually make sense.


But I rather like the Mix mechanic for Chemists in later games (such as FFV or Rikku's Overdrive in FFX), and I will probably implement a simplified version of it in my game via Yanfly's SkillsCostItems plugin.

In many of my projects, the Chemist class may have certain unique traits when it comes to Item use. Some include:


-Items are not consumed upon use (Items made as Skills, rather than default Items command)


In one of my projects, Chemists are the ONLY Job Class that can use Items in battle. Outside of battle items can still be accessed via menu though. My justification for this is that in the fray of a fight, a Chemist can quickly analyze what Potions are which, when not in battle, anybody can slowly "read the labels".


However, in THIS particular project, there are a wide a varied means of healing, so Items are not REQUIRED. They are, however, the most effective (Can't miss, can't be muted, always an absolute value) means of healing and status management.


One project to the next, Job Class balance and Stat balance will flow and vary. That's the key to keeping it fun and fair. Personally, I never, ever, ever, EVER, make a project with "Subclass"es that can be modified. That's just too much for my brain to process. I also tend to keep very small algorithms and damage formulae.. I find it more challenging and engaging for the player to not have to spam attacks or ultra skills. I also usually don't include traditional "Levels" in most of my projects.. start to finish I like to make every battle challenging, but fair, so the player learns what works best strategically, rather than grinding to overpower the foes. It just doesn't make sense to me how one village is surrounded by Slimes.. and then the next village is surrounded by Harpies.. do the NPC's in the town surrounded by Harpies all have to be Level 15 before they buy a house there??? Hehe.
Last edited by a moderator: Oct 21, 2016
You must log in or register to reply here.
Share:
Facebook Twitter Reddit Pinterest Tumblr WhatsApp Email Share Link

BK-tdm
Huge thanks to D757 Gaming for his stream, impressions and review of my game, please check him out!

Tea's Jams
Thank you to everyone who participated in the 3rd quarter annual Drifty jam! I'm always so impressed with the games people make! This time our winner dominated both categories! 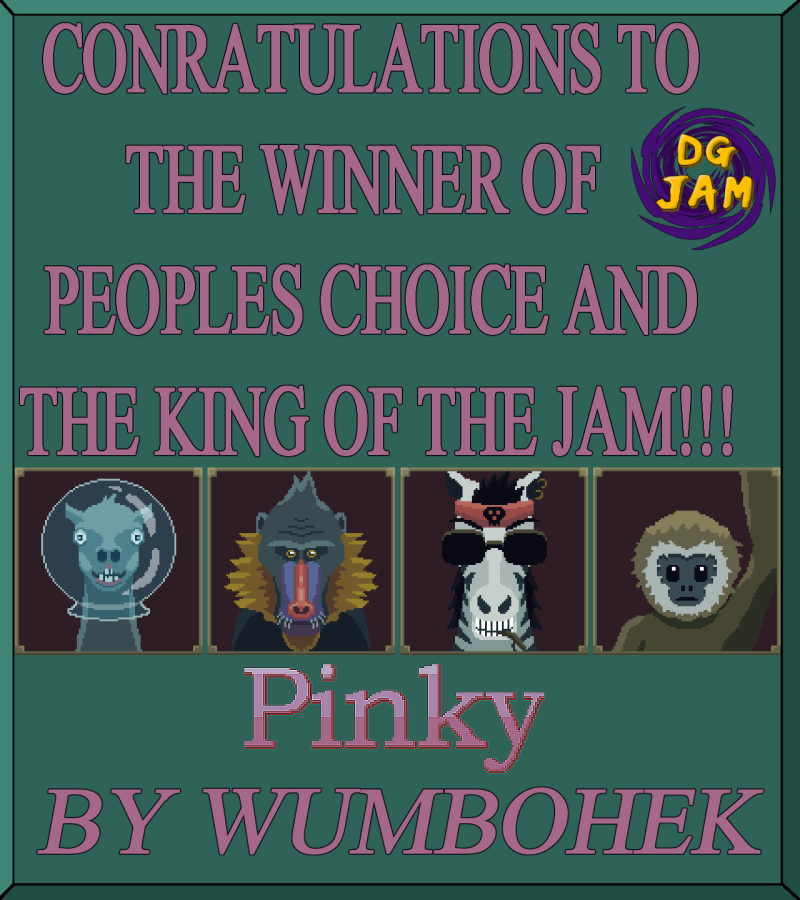 Zeriab
That feeling when you have an out-of-bounds error and an ai enemy exploits it to kill you
Today at 2:44 AM •••