I took a screenshot of the full error I am getting. I used a skill in MV that added a state with 5% param boosts, targeting the skill user in the party. Anyone know how to fix this? 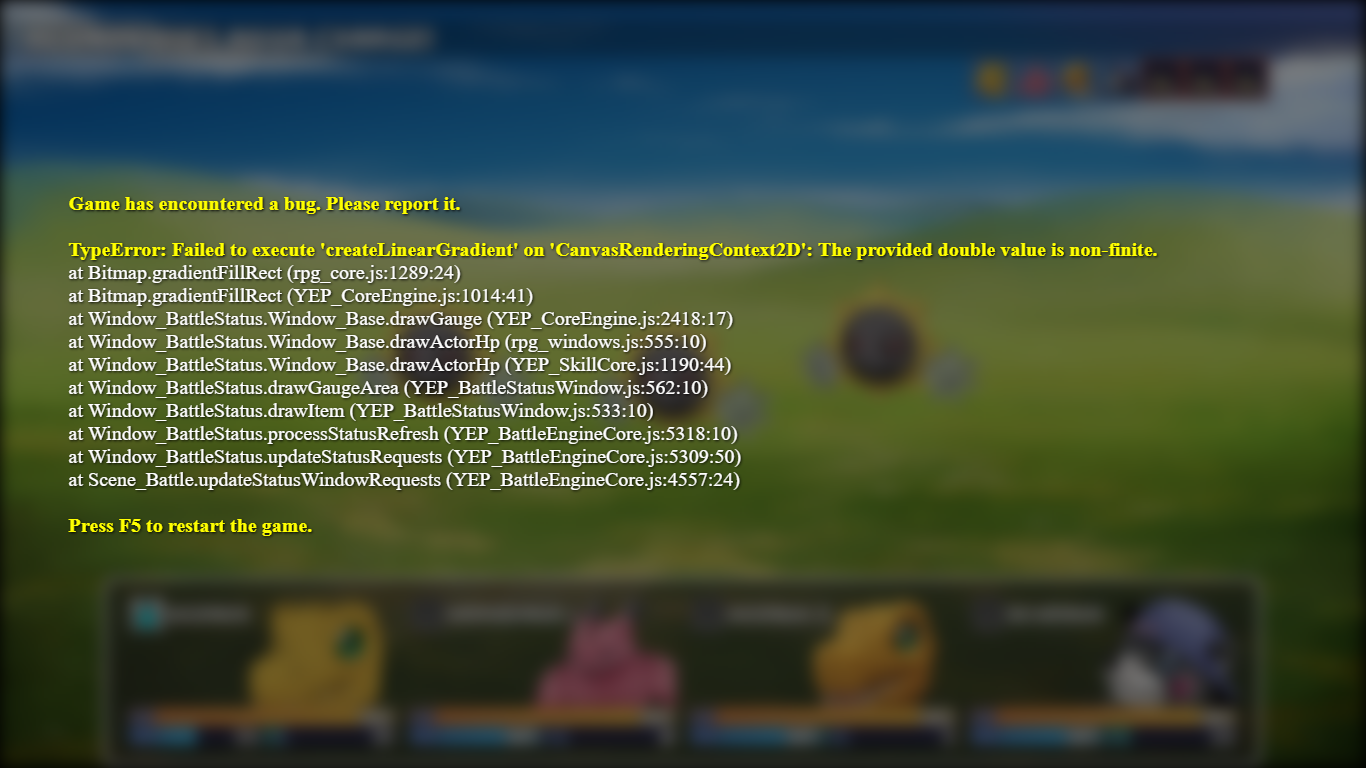 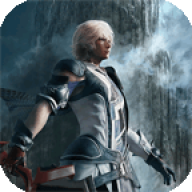 are you using bobstat by any chance?, because when ever i use it and dont put in the correct terms or spelling, it gives me that error. make sure to double check your code if your using it and all your classes and mobs have the default stats. other then that. thats the only time i ever seen that error.

The cause of that error is that the hp (or mp) gauge is trying to draw itself using a value that isn't a number.

Normally, the gauge rate is calculated by dividing the current hp (or mp) by the maximum, if, however, for some reason, one or both of those numbers is not a number, it causes this error.

The most common reason for this to happen is that something has happened to your hp (or max hp) to cause it to no longer be a number. That happens when you try to perform math functions using a value that also isn't a number. Most times this happens when you try to subtract a value from your hp that isn't a number, via a mal-formed damage calculation, as subtracting 'undefined' from a number gives a result of NaN.

Since you said specifically that it happens when you apply a skill that provides a 5% parameter boost, the issue is most likely that it is calculating that boost incorrectly. Which caused the number it's trying to multiply your HP by to not actually be a number, or be undefined, which causes the hp result afterward to be NaN, causing the gauge to throw this error.

Double check however it is you are changing the parameters using this skill. A state that just adds a flat 5% boost to everything via traits should never be able to cause this problem, so the way you're applying the boost is relevant to the problem.
You must log in or register to reply here.
Share:
Facebook Twitter Reddit Pinterest Tumblr WhatsApp Email Share Link

Alador
Anyone here know a @Sonheruu? Pop over to their forum activity for a sec lol
45 minutes ago •••