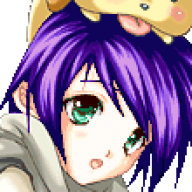 I'm trying to put a simple kill quest into the game but I'm running into kind of a strange problem, I think.

The Quest: There's a sprite standing in the way of the path - after talking to the sprite, she tells you to kill 10 goblins (specifically goblins, not the other monsters in the troop) and she'll get out of the way. This is what I'm having difficulty with:

- The goblins in these troops are set to increase the variable "goblins killed" by 1 when their HP is at 0
- The sprite event is set disappear when "goblins killed" is at least 10
- With one troop, it doesn't register that a goblin has been killed at all. With another, it behaves as if killing 3 is the same as killing 10. With another troop, killing 2 goblins is read as killing 3 (there are 3 monsters in this troop, but not all are goblins).

I have no idea what's going on. Only the goblins in these troops are set to increase the variable, but they are doing it in such an unpredictable way and I cannot think of any way to navigate this roadblock.

I'm sorry if this question has been asked a million times before, but I can't wrap my head around it for the life of me.