numfanklewhat said:
Tried the demo yesterday, so far I really like it.. the story is refreshing and not taking itself too seriously while still being interesting enough to follow. I also like the comedic remarks by some of the characters. The custom menu also neat with addition of encyclopedia and some other stuff. As for the battle it manages to be quite fun with every party member have their own signature move and characteristics. There is also crafting that I haven't tried yet since I'm not that far in the game.


My only complain maybe is the lack of quest log? I accidentally close the game and forgot where to go after the first main quest from the king.. it's really not a big deal, but an additional quest log might be nice to have. Since the graphics is still placeholder, no comment on that, but it supposedly get better later in the full release. All in all Kingdom - The Clans is a nice game with a lighthearted comedic story, a perfect game to enjoy if you need alternative from any game with a bloody grimdark and serious story.
Click to expand...

RachelTheSeeker
Can't say I can't promise progress on a project just yet. But I can say I had fun databasing tonight.
15 minutes ago •••

SoftCloud
Working on a new menu for my game. I'm not sure if I should get the Lune Engine to make it more unique. I think I'll be making the text color more white to match the "Menu" color. I may add some little stamps or markings to make it look more like it's paper. 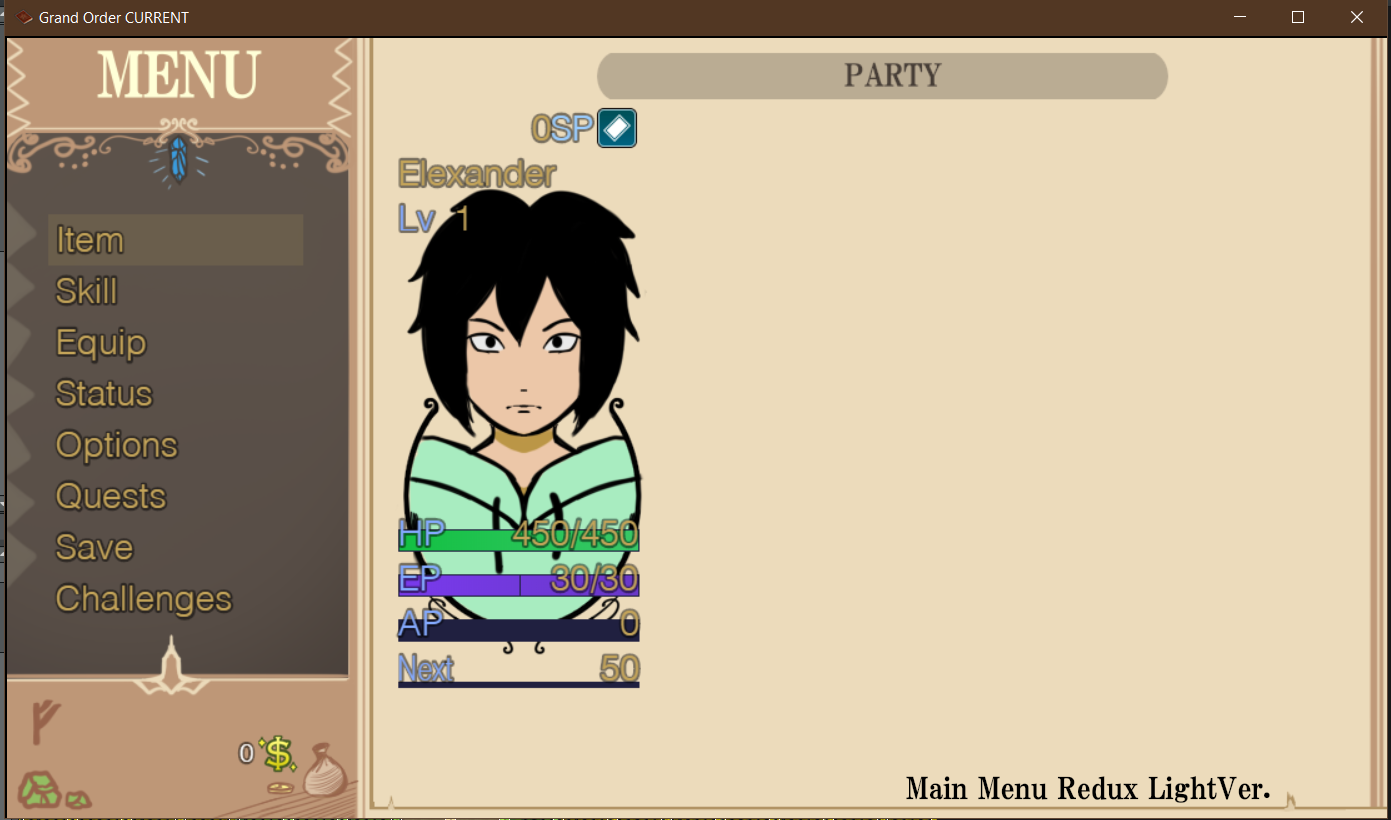 Jrrkein
Wonder when the next theme contest is coming?
Today at 8:17 AM •••

TheoAllen
Long time no see. I'm aiming a vertical slice / tech demo for my game featuring a series of boss battles this month. I hope I could get some testers.
Today at 7:51 AM •••