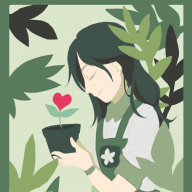 Smarter than the average bear

Hello, RPGmaker forums!
After much consideration, I've finally decided to unveil my first serious project, Knights of Solace!
Combining both my love for the Fire Emblem series and my interest in classic Arthurian legends, I've lovingly crafted a tale that I hope players can enjoy! Implementing a TBS was and remains challenging, but I hope to receive plenty of feedback, assistance, and maybe even a bit of constructive criticism as production continues! As stated below, a lot of the graphics and dialogue are placeholders while I focus on making gameplay the best it can be. However- art is my strongest suit, so do look forward to the character art and battle screen updates, coming soon!
Will the opening spiel finished, thank you for reading and please enjoy- I look forward to reading your comments!
--MuraMune <3

When his kingdom falls under siege, a cursed prince must flee in order to preserve the noble line. Accompanied by his loyal knights, the prince sets his sights on the neighboring allied country, now turned bitter enemy.

However, the curse has begun to rapidly progress, and only time can tell what will become of the prince- or what the prince will become…

SOLISE:
Ywain
>Male/Age 21/Starting Class: Knight
A rookie knight to the Order of Solise, of humble and mysterious birth. Feels indebted to the prince for his acceptance into the order despite his common status and devotes himself wholeheartedly to the captain’s protection. Eager to serve, but quick to doubt himself. 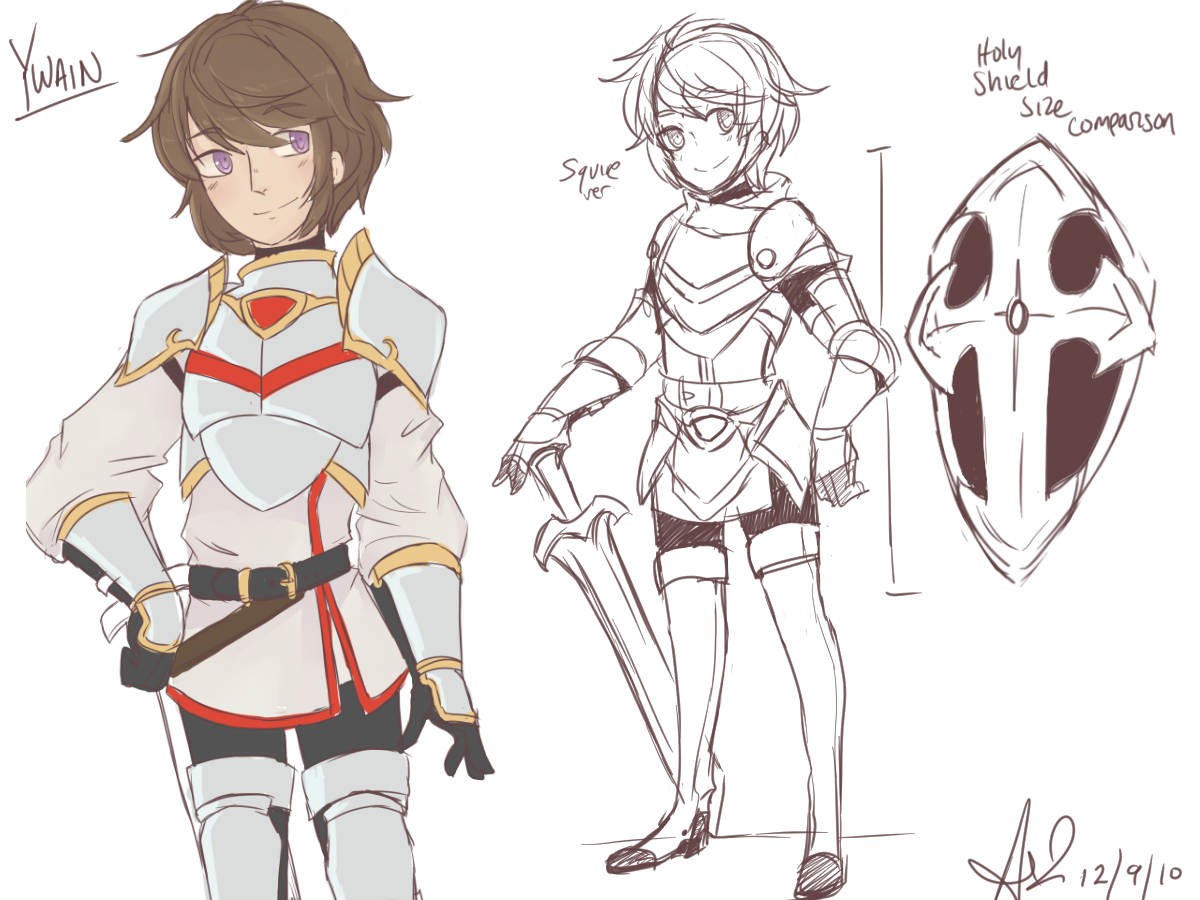 Prince Solaire de Luxe
>Male/Age 24/Starting Class: Prince
Crown prince of the kingdom of Solis, and grandmaster of the Knights of Solise. An experienced and well-loved leader- Although there are few he trusts completely, he is well aware of his responsibilities and maintaining the faith of his people.
Can be taciturn at times, and has a habit of falling asleep wherever he may be.
Carries within him a curse that afflicts the noble bloodline of Solise.

LUNEYA:
Prince Lune Tenumbra
>Male/Age 24/Starting Class: Warlord
The solitary prince of the Empire of Luneya. Suffering a horrifying defeat at the hands of Solise’s king- addled by the curse of the noble blood- has left him embittered and hatred fuels his declaration of war against Solise in retaliation. Despite his and Solaire’s past as childhood friends, he is relentless in his pursuit of the other prince, and is determined to see his vengeance and will done- no matter the cost.

Morgause
>Male/Age ???
A mysterious figure often seen at Lune’s side. Appears young but is wise beyond his years and seems to hold a great amount of power.
Just who is he…?


THE KNIGHTS OF SOLACE: 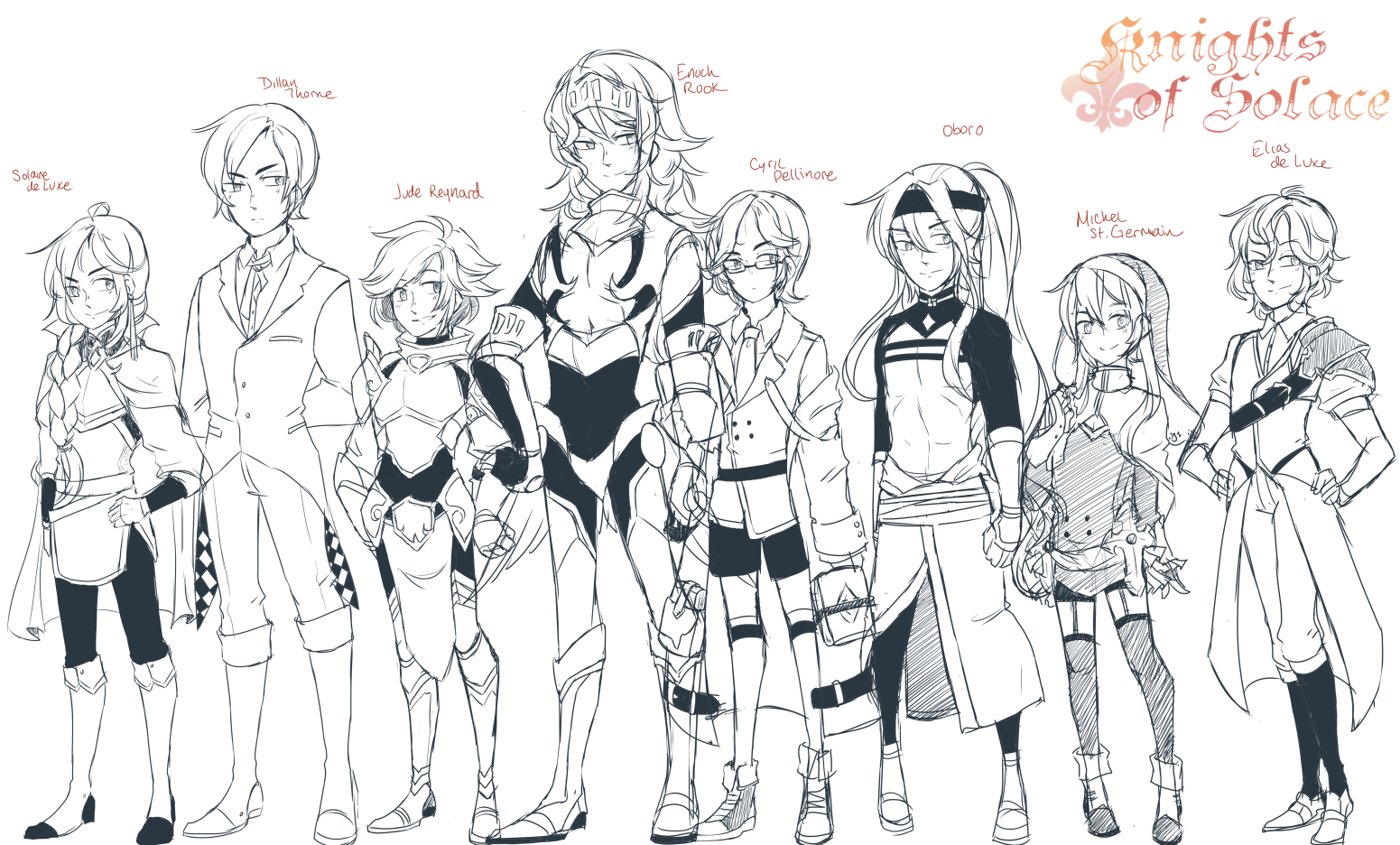 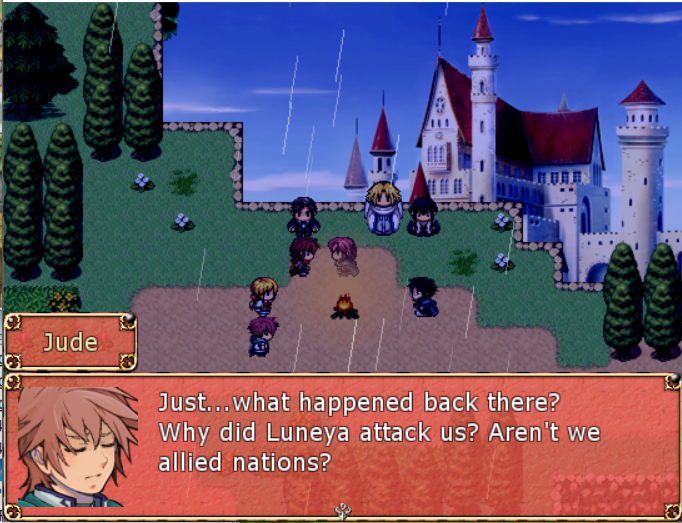 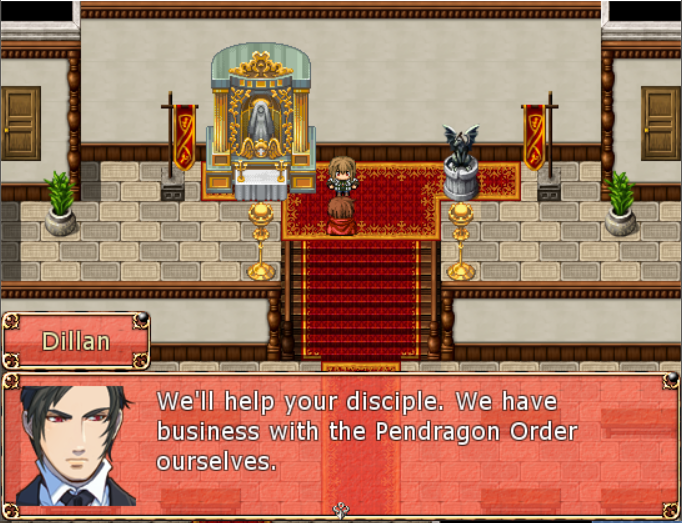 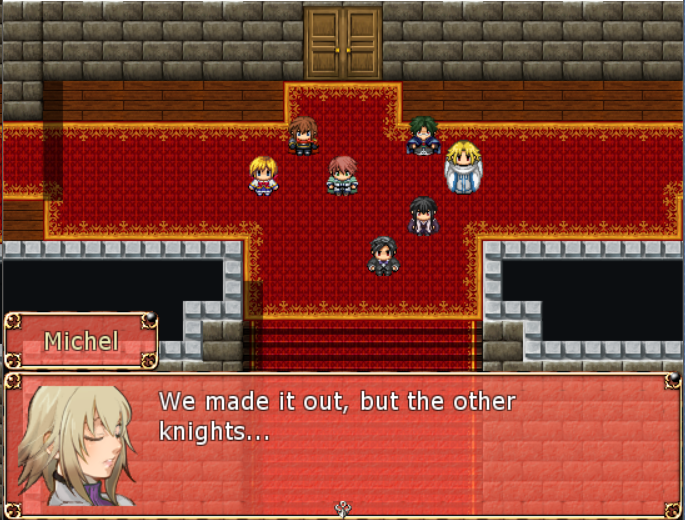 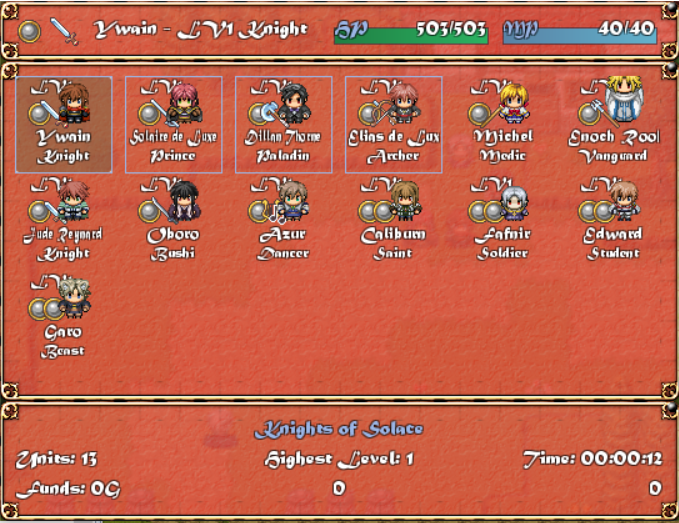 Ywain is a young squire, finally ready to be knighted and fulfill his goal of serving the country of Solise and her prince- the handsome and charming Solaire.
Soon after attaining knighthood, he stumbles upon Solaire undergoing a harrowing ordeal- and becomes swept up into the secrecy that surrounds the Curse of Blood and the Knights of Solace- the prince’s personal guard.

With hardly any time to process this recent turn of events, Solise is attacked by a former ally, the Empire of Luneya, and Solaire is forced to flee his home with only his personal guard at his side. Seeking diplomacy, Solaire and his group begin the arduous journey to Luneya, even as obstacle after obstacle rise to meet them.

The curse and Ywain’s inexplicable effect on it allow him to stand at Solaire’s side as a trusted friend and protector, a role that Ywain throws himself into wholeheartedly.
Eventually, through encounters with Morgause, the mysterious boy that seems a new constant at Emperor Lune’s side, and Caliburn, a man who seems to hold the same kind of intense energy as he, Ywain begins to question if he’s really just the common boy from a seaside village he always thought he was...

*Extra info and world building*
The Great Witch and The Great Wizard
-Long ago, two beings of great power clashed in battle.
Standing above humans, nearly as deities, they manipulated Luneya and Solise to do their fighting, and the two countries battled bitterly for a long time.
Two weapons were crafted- the Holy Blade and the Holy Shield, gifted to each nation, but when the blade and shield met in combat- everything ground to a halt- for the blade was unstoppable and the shield indestructable.
-At this standstill, the countries realized that their war was pointless, and struck up a truce. With the two nations unified, they turned against the witch and wizard, who went into hiding, and were never heard from since.

Solise and the Curse of Blood
-A powerful nation whose royal bloodline is plagued by the Curse of Blood- an affliction that greatly damages the bearer’s mind and body upon the act of spilling the blood of another, or with each passing year after the bearer’s birth.
Extreme progression of the curse results in total physical and and mental transformation into a nearly unrecognizable monster. Those bearing the curse can be easily recognized by their red-hued hair and eyes.

Luneya's History
-A smaller country adjacent to Solise, with a capital city on its northern border.
Allied with Luneya for decades, the royal families have had a strong relationship since a war in decades past- including princes Lune and Solaire, on good terms since childhood.
Luneya’s capital was destroyed when Solise’s king, Solaire’s father Cyrus- succumbed to his curse when returning from Strella, a neutral country to the north, and went on a violent rampage that ended with his death.
Traumatized by witnessing the fall of his capital at the hands of a man he greatly trusted, Lune falls into a spiral of despair- found in such a state by Morgause, a young boy with the power to promise him certain vengeance…

Smarter than the average bear

thread update! I got kinda swamped with life, but managed to sketch up a height chart of the starting cast, just to show who you're going to be spending a lot of time with in the game!
The original Knights of Solace- hand picked by Prince Solaire as his personal guard- can now be found under the Characters tab. Enjoy!
Last edited: Apr 25, 2018
You must log in or register to reply here.
Share:
Facebook Twitter Reddit Pinterest Tumblr WhatsApp Email Link

zerobeat032
being able to transition music seamlessly is amazing. my main character's theme has lyrics and it goes from vocal version to istrumental when he leaves his room. and vice versa. and thanks to a plugin, the transition is seamless. I love it.
25 minutes ago •••