RMMZ Knights of the Burrow 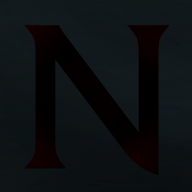 Hey! I'm Neareyn and I'd like to talk about my current project!

First of all: I'm a freelancing artist (mainly webdesign, digital art, music, photography... and some more) and the game I'm working on is for the community of a semi-big streamer that I'm currently working for (~150k followers across her platforms)
Sadly I'm a bad writer so I'm sorry if this is structured badly!
(For the Mods: I'd like to update this Thread with some images someday, but keep the same text so it's better to read it, I hope that's okay)

The game is based on the named streamers community, the members of the community are able to influence the game and will be able to get a place as npc in the game. (Depending on their role they can even choose to get their own "country" which will add about 3-5 hours of new gameplay)

The story will be a simple evil king that brings the hell to earth and hero safes the world scenario, which focuses on the interaction between the player and the world.

The game features over 100 NPC's that can join the party (similar to Suikoden) with each a custom design.
You can hire them from their own little questline, meet them in the story or you might have to pet 10 dogs or collect some flowers to spawn the house of one of the many secret characters.

But why do you need over 100 NPC's in your party?
Of course for the almost 100 available classes! Who needs a lame Warrior if you could have a Saint Swordman or maybe you get lucky and this old fairy teaches you in the secrets of old magic to become a strong nature mage?
I built a very big class tree which is based on things like final fantasy, mmorpgs and dnd.
Leveling is quite easy in my game which is needed to level up classes to unlock more and more classes. For some you have to find a special item to unlock them or you have to find someone to teach it to you.

But why 100 classes? Wouldn't it be better to reduce the amount and focus on some basic ones?
I can understand that it doesn't make sense to have 4 different classes built from a healer, or 7 types of lancers.
But imagine it like real life jobs. Depending on the class you choose, you'll be able to focus on other things. And who knows what comes after unlocking the last class which unlocks after becoming a master of everything...
(Spoiler: There is no thing like a Water-Mage, Fire-Mage, Wind-Mage or whatever useless class that only limits stuff. Every class will have it own reason!)

100 Classes need atleast 500 or more unique skills which are still a work in progress, but who doesn't like a challenge?
It would be much more classes if I had enough time to create all those new weapons, but maybe a 2nd part will allow me to work on much more. (I'm still young, so let's talk about it in 10 years again! xD)

But enough from the classes.

The game will have a lot of random items that can help you through your journey.
On this part I did get a little bit lazy though.
There are weapons with a simple "27% chance to deal water damage + 50% chance to hit a second target" which every class can use. (so you can get a sword with that effect, or a bow, or whatever.)
Armor that let's you heal yourself after attacking yourself (What?)
Or one of hundreds endgame runes that boosts whatever you have even more!

Gameplay wise it will be a simple RPG with Main-, Side- and Hidden-Quests, minigames, dungeons, beautiful stories (it's not just about rescuing the wolrd!), mining, crafting and much more.

One system that I want to mention before ending this endless text: The "Housing"-System.
It's the currently least worked on system I have but the one I'm the most hyped for.
As a player, you'll be able to build your own house. A Quest-Line will guide you through the basics. You can choose from multiple designs, choose the place to build it on (At one of our big towns, kingdoms or even on the world map), decorate it as you like, get a garden and make it feel like home.

Regardless of how you design your house you can also get your own boat or airship. Same rules as for the house.

There is still a lot to do for me and I might work on it for another year and I wish I could show some screenshots, but at the current state there aren't much things done with the maps yet. My current focus are the systems, classes and items.
I'll update this thread once every few months and I can't wait to share it some day! (The game is mainly focused on the streamers community but will be enjoyable for everyone that like big rpg games, with optional shortcuts to either play 3-5 hours or 50 and more)

Beckx
Today was not a really productive day, but at least i got some bust sketches going <3

zerobeat032
hmm in exploring MZ with FOSSIL... I see I'll probably need to stick with MV for now as none of the menu altering plugins I use work on MZ lol. and I don't have the money to dump into what I would need in some cases to update plugins to their MZ versions. Everytime I think of converting, 5 or more reasons popup on why I shouldn't.
Today at 6:43 AM •••

ImaginaryVillain
Hmm... Game has 91 views, 25 downloads, 5 reviews and netted me 7 additional followers. Meanwhile the image I posted just yesterday on Imgur to showcase it has 45,197 views. Interesting, I think I have a new advertising idea. Also Twitter? The post got 16 retweets, 20 likes, and 1,683 views.... And a whole 3 hits to my game, completely valueless. I am glad I did this game jam, this information is quite valuable.
Today at 5:19 AM •••