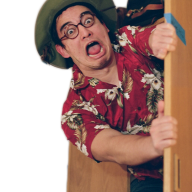 Note: Sword names in bold are not based on any series I know of

**based on Yuuki Terumi's ghost form in BlazBlue
***based on the Junkyard Dog Mk. I from Guilty Gear...they're both slabs of rock actually ...
****has anyone here played Saint's Row the Third?

...Yes, I realize there's something strange going on with Ookami. I...dunno how to really fix that. I'll see if I can do something about it in the near future.
I'm working on some more with whatever free time I've got and I'm hoping to branch out to other resources as well...although icons are kinda my thing. I like making pixel art.

They're all free to use! Just credit me, KouKuzu!

5/19/17: Icons based around the speedsters from the CW's Flash TV series (except for the first one, that one's in the comics only as far as i know)! Credits to 7Soul1 (Henrique Lazarini) for the original running icon!

Note:
** Weapons inspired from Fate series again~
Quick reminder again, I don't mind if these are used and named differently at all!

@umbralshadows
Thanks! That one was the result of a sudden thought along the lines of "wouldn't it be neat if I swung a sword and sprayed my enemies with caustic liquid at the same time?" and what would have been just a plain glowing green sword turned into that drippy mess of lethality!

*Gae Bolg as it appears in the Fate series~

LunarFlareStudios
Having fun in Orlando! We had a lot of fun at the arcade, even though I didn't win any jackpots this time, and then we went to Outback and got a Blooming Onion. Tomorrow we're driving to Fort Myers to see my stepmom.
Now that I have the XP RTP back, I was looking through the files and found Fighter 7, the inspiration for my first sona! She's evolved since then, but it gave me such nostalgia!
16 minutes ago •••

Willibab
Character sprites are difficult to create so I decided to get/buy some. Got the Pixel Champions from Alexdraws. But It had no walking animation :/ But redid the free ones from the Mighty Pack <3 Turned out pretty good imo. 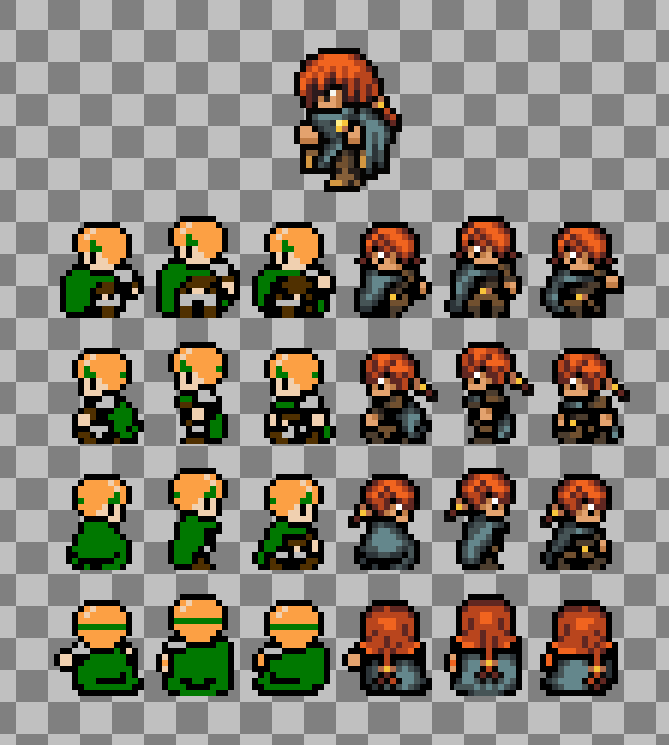 Willibab
Tempted to come up with a unique spell naming system....But ''Fire Magic'' and ''Fire,Fira,Firaga'' are so easily recognizable
Today at 1:42 AM •••

coucassi
Yesterday I discovered that I can copy/paste multiple commands by holding shift. I tried this when I started developing holding ctrl and when it didn't work I just copied every single command one by one. For two years.

HexMozart88
All right, so lesson learned. No more complicated battle systems for me.
Today at 12:19 AM •••