Large Buldings and walking behind them

I'm really tired today, but I keep working on my game and I've encountered "a difficulty" with making a map.
In my map It's necessary to make large buildings - by large I mean 6 editor tiles in height and more.

My question is: How to tell game that the walls painted with region id (5) are tiles passable under them and keep default settings of tilesets inside database->tilesets?

Notice: I already figured it out I can do it with eventing, but ingame result is very ugly and not professional (Paralax mapping is out of question - at least for a moment) 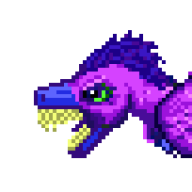 Does "parallax mapping out of the question" include binding a picture to the map in general? If not, could you try making a picture of the top part of the tower and use a bind to map plugin (e.g. Galv's Layer Graphics) to position it in the right place in a layer above the map and events?

@Featherbrain - Out of question is temporary, because I've already put lot of work in my game and really rework of maps it doesn't smile for me since in my regular work slowly begins overtime period, but I check your proposition, because I didn't think about that approach. 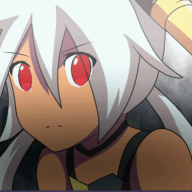 First, in your tileset editor, where the building pieces are, the passable area, make sure you have it checked to the star shape, that allows you to walk under higher tiles if it's checked.If so, you should be able to walk behind the tile, as if it's above the player, and the player should display under it. Then you place X shapes in the areas that you can't pass into. I'm not sure if there is a region plug in that allows for that, but the collision shapes in the tilesets should allow that to happen. That or if you can change the tileset to another type via step events, which have the other collisions, that could work as well.

Another thing I thought of,, though you already mentioned it was out of the question, would be layering with pictures. If you could lock a picture to the map, that covers that location and place out map events under it for collision, that could be another way to get around it. It would just require cropping out the image, and matching it to the map. It's almost like a form of parrellax mapping. I would suggest Galv's Layer graphics. It wouldn't be a lot of reworking maps either, because you'd just be layering pictures on top of a map, with some hidden events for collision points.

Get a graphical copy of the tiles that require to be passed under, copy/paste them on the sheet, replacing tiles you aren't using, and mark them as upper layer. By the looks of it, it seems unlikely you're using all of the tiles on those sheets, so it should be easily do-able that way. 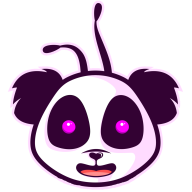 See I'm lazy. If there aren't too many buildings like that then I'd just put up a fence and not even have to deal with it just don't let them go back there as long as it's not necessary to the story.
That or just as soon as they hit the back of the building have it be a new map that just has a shadow cast over it. Something really basic. Or a really cool graveyard

best way persenally (also big in sheets) is like a door using $!TopTower and use it as
an event above characters.

this can be done nicely, but it require some knowledge in a way I set it up.

just remember, this probably dont work alot of things, but its doable though,
you can also make it so, if the character is behind, you see the character instead
making the roof transparant (this is not region based) but a looooooooong scriptcall.

@ShadowDragon I think your option would be the best solution since I want to reorganize tilesets. I completly forgot about sheets with building even though I'm using pre-made buildings in tilesets, I believe Avery published them here on this very community board.

Anyway I thank you all for your answers and I appreciate that.

@Soulrender, I see that passability is still the issue with the layering. Thank you to the @VisuStella plugin, you can make the player walks on region id. http://www.yanfly.moe/wiki/Events_and_Movement_Core_VisuStella_MZ
[This is for MZ and I hope others find this useful.]
<type Allow Region: x>
<type Allow Region: x, x, x>

@Kupotepo - thank you very much, but my current project is in MV, not MZ

Then it is to find more in MV plugins: https://www.makerdevs.com/plugin/orangeregioncollisions
Thank you for this @Hudell
Here is direction.
UnblockPlayerRegionId
Any tile with the region specified on this param will be passable for the player, regardless of the tile configurations.


Thank you @Yanfly for this: It is free http://www.yanfly.moe/wiki/Region_Restrictions_(YEP) 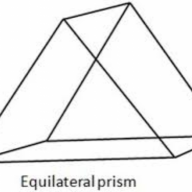 Similar problem
Solution: In the editor just leave the walls that you can't pass and erase the "roofs" or walls that you are allowed to pass behind.
Then use Yanfly's Doodads placer and create "stickers" for those walls you want to pass behind, and paste them. You wont see them in the editor but they will appear in-game.
If you wanna block the movement of the player just set a random object that has collision or use the movement restrictions plug-in.

I must say the Doodads plug-in IS A BLESSING

ShadowDragon said:
best way persenally (also big in sheets) is like a door using $!TopTower and use it as
an event above characters.

this can be done nicely, but it require some knowledge in a way I set it up.View attachment 161063

just remember, this probably dont work alot of things, but its doable though,
you can also make it so, if the character is behind, you see the character instead
making the roof transparent (this is not region based) but a looooooooong scriptcall.
Click to expand...

This is a pretty nice trick. Can also be done with Yanfly's extended Doodads (that one isn't free saddly) which lets the doodad change depending on triggers or switches etc. So I played the roof like that as RoofA, then the area where you walk as a trigger that activates when you step on it (BehindRoofA) and set a second doodad as RoofB which has a transparency, after that set the doodads conditions (If BehindRoofA=Off show Doodad RoofA. If BehindRoofB=On show Doodad RoofB )

if you want to stick on the editor, there is 2 other options,
use events to place roofs above player (this can be alot of events though and sometimes
comes ugly out of the box.

another way of layering is using 4 layers, default MV is automatic on 3,
but you can check Cyclone, live editor (should be turned off when playing normal
or on developement), it doesn't have issue wich loading when changing maps
like YEP_Doodas plugin.

the roof part is idea when small, but with bigger part, I dont know, but it can be 2kx2k file,
so you need to know what you do, or cut those into smaller pieces.

Laconix
Is there anyone need help with anything except art and music?
56 minutes ago ••• 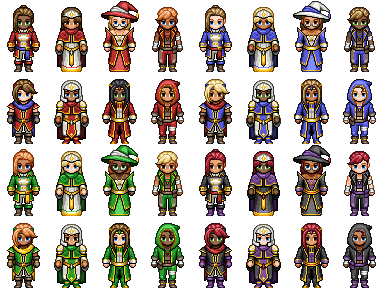