In the process of getting my army set up and I've become stuck on the part of the game that represents the war and the battles between armies. I am not stuck on the mechanics (though that may come later!) but on the concept of it. There are a few games out there that represent the clash of armies and I can't decide which one I want to go with...


Method 1: The Scenes of Leadership


Probably the easiest to implement because you never actually see the battles. It is just a series of reports and challenges that deplete the Enemy Army variable and the Allied Army variable based on your actions in the scene. This has the benefit of not needing to set up any custom images/scripts because it can all be done with eventing through variables and conditional branches. Throughout the game each battle (depending on how you do) will reward "Victory Points" (a hidden variable) which will ultimately come into play during the "final showdown" to determine how the war actually ends... this can be modified through recruiting characters, side quests, etc etc with a guy that you get early on that gives you hints to how well you are doing such as "We are crushing the enemy." or "We are losing badly, if we are forced into a final confrontation we will lose!".


This method isn't the easiest, but it isn't the hardest method to implement. Custom pictures to set the scene and a series of events (or a plugin) and you should be able to do it. This was made famous by Suikoden. It was done in RPG Maker 2k3 for the later Legion Saga games so I know it can be done.


The actual war battle starts at 1:05


This method I know has also been done in RM2k3, and there is an upcoming TBS Plugin for MV which might allow for this system to be used (or I'd have to commission one). This system was used for "War Battles" by Suikoden 2 and Exit Fate (RMXP) as scene below. This is probably the 2nd hardest one to implement but it can be fun.


Battle starts at 1:01 on first one and the second video is full battle with unit setup.


This method is probably the hardest to implement because it will require an extensive plugin to create a Linear Motion Battle System (like Moghunter's LMBS below) but for a large scale army like from the old Sega Saturn's Dragonforce as scene in the video below.


I really like the concept of Method 4 and it hasn't really been used since Dragonforce. Realistically Method 1 or 2 would be the easiest for me to implement without commissioning an extensive plugin and special graphics. What is your opinion? Let's begin a discussion and if you have examples of other types of "Army vs Army" battles then share them too!

God I hate how the forums spoiler tags work. How do you keep them as separate spoilers when you are writing up a post?!?! Even when I open/end a spoiler move to another line and do it again it automatically embeds them in the last spoiler! Frustrating!
Last edited by a moderator: Aug 6, 2016

i have something like that I am working on for Classical Age World (CAW).


What I have determined, is that a unit is represented by one sprite set, and they will have a bar indicative of the number of people in that unit. There are modifiers for the eventing which takes place for an AI generated battle. For instance, if a unit has the high ground, or if the terrain is unfavorable for a unit type. The actual class for the armies have yet to be created, but will likely have ter_fav as an attribute.


What I can't decide is if I will have the individuals of the unit play into the overall being of a unit, or if the unit will handle everything itself.


Then you have overall tactics for a number of units in the same field of combat (which I am thinking is a zone about 50x50 tiles large; I do think if I make a sprite of two swords, the player can use that to gain access to the field of combat maps). And I want those tactics to depend on the level of experience of the commanding officer, as well as their acumen and other attributes.


but my methods are not very easy to implement. The one you have made is quite helpful; because I have yet to decide how to emulate the actual combat between units. I was thinking that each member of a unit has attributes similar to Actors, but add something like valor and fatigue, to help determine if a unit routes for instance, or is too tired to fight at 100% effectiveness. I haven't even started on the AI script for armies, I'm still trying to figure out how to set up family trees/connections from randomly generated NPCs. It's quite frustrating.


Anyways, keep up the good work

Is war and large scale battles a really important part of your game? If the game isnt large battles centric, option 1, maybe with skirmishes scenes chaining battles involving your main party with objectives (take the bridge, break the gate, kill a commander) would be ok.


Else, Suikoden system is awesome, but part of what was making it great was also composing units with members of the 108 stars. Might have less impact without a cast of officers and specialist that you brought to life in the game.
Last edited by a moderator: Aug 7, 2016

if the player wants to be a mercenary, then they can take sides in conflicts. otherwise it's an out of view mechanic system that determines if territories are lost, or make adjustments to Nation attributes.

@Niten Ichi Ryu As far as my game... the "large scale battle" isn't necessary as much a focus as the war itself is much like the Suikoden series. This is why I have considered putting the battles themselves out of view similar to the Suikoden 2 scene where you command from the "War Room" with Shu. My game though will have 78 recruits (represented by the Tarot Arcana) so there will be a caste of officers. Suikoden series, Vandal Hearts, Ogre Battle, and Dragonforce are all major inspirations for the game.
Last edited by a moderator: Aug 7, 2016

I've always been fond of the Ogre Battle style of combat for armies. If I had the programming skill, I'd try implementing it in RPG Maker. As is, I'm working with a variation on Method 1 for all units/battle except the player's.

For the spoilers - don't type it out. For some reason when you do, it eats everything after it. Instead use the spoiler button - it looks like a little eye in the editor, to the left of the Font dropdown. 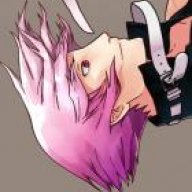 chungsie said:
i have something like that I am working on for Classical Age World (CAW).


What I have determined, is that a unit is represented by one sprite set, and they will have a bar indicative of the number of people in that unit...
Click to expand...

I agree with @chungsie. That's how most of the large scale battle in game did. A single sprite represents a number of soldiers. The health of this sprite is the number of units. Plus cut the screen like "advance wars" did in their battle mode. Even though you can't see the clash of units you can see the numbers of units. I already played  a certain game like this but it got bored in the middle games since there's no strategy on it. You just watch them battle without any command.

I think the first game I saw do so, was Tokugawa for playstation. And it did offer player input strategy, as well as simulated ai strategy. Rome now does something similiar, only the technology allows rendering of every man in a unit, and simulates combat between the individuals.
You must log in or register to reply here.
Share:
Facebook Twitter Reddit Pinterest Tumblr WhatsApp Email Link

Hyouryuu-Na
Stuffing three people in a room and thinking they'll study together is so wrong XD I don't get how people do group studies. We just end up gossiping about everything except studying lol
30 minutes ago •••