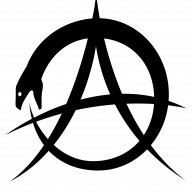 Hello RM Folks =D I had a question that I hope is fairly simple to answer regarding Force Action Targeting options... I currently have a duo of characters who use skills that force the other to do a skill immediately after. Forcing the actions is fine but the options of targeting with Forced...

forums.rpgmakerweb.com
that there is a bug in it.
Problem is I implemented Archeia's code and the issue is still happening.

I am putting together a diplomacy system in my game that requires eventing to interact with the enemy. The user uses the diplomacy skill and it calls a common event. If successful it makes the enemy leave and rewards players with Exp. If unsuccessful it makes the enemy annoyed and gives them a state that makes them attack harder. Both of these I am currently handling with states that are granted by a force action call from the event to make the actor use a skill granting the state on the last target after a very long string of branching paths. The interaction tree is working great but when I get to the force action it automatically targets enemy 1 not last target.

I have also tried finding a script call that just grants the targeted enemy the required state (I already have a variable that is being set to the enemy's troop id for reference upon use of the skill). This or forcing the enemy to leave when successful would be a more elegant solution but no such script call seems to exist in my extensive research.

The only out of house scripts I am using are:
Yanfly's Ace Message System
Kread-EX's Game Over Event
Mr. Trivel's Roguelike Saves

I am trying to limit my use of other folks script as much as possible as an exercise to try and get better, unless I find an issue that is WAY beyond my understanding. I am teaching myself the basics of coding and I've learned a lot but this one has stumped me.

HELP!
Edit: tried a few more things and found how to script last target enemy sate
Skill has: $game_variable[x]=b.id;
before the damage code.
Then in script call:
a = $game_variables[x]
$game_troop.members[a].add_state(y)

This solves the specific issue of this skill but not the general issue of last target which other skills in my game use, so I definitely still need help with that!
Last edited: Apr 7, 2020

I looked up directly at the code, and how the code work is like this.

Enemy 1 previously target actor 2
Next turn you use forced action on enemy 1, with the target is the last index.
Enemy 1 should target actor 2.

This is very basic on what should be happening. But it doesn't happen on your end?
Try a simpler event and forget the branches. If that works, then you can probably trace on what is happening in your event and figuring where is the fault. If that doesn't work, maybe we can figure out by looking under the hood.

It probably also better if you show how you do your event.

As I said in my edit the specific problem of this event I have solved by using a script call to directly grant the state to the enemy. The problem of last targetting remains however. I'll describe the event and what it led to though maybe you can make heads or tales of it.

I ran these trials with every possible combination and every time I last target on Bandit B Bandit A is targetted. Even tried in a troop with 3 enemies. Bandit A still always targeted. So the best I can figure is the battle engine is reading the -2 of the last target index as whatever Enemy 1's target index is; 0 or 1 if I'm remembering the code correctly.

Again using the troop id to grant the status has fixed the specific problem of this skill but other skills in the game like a gun skill that uses a follow up shot on last target also use the last target system and are similarly bugged.
Last edited: Apr 7, 2020
You must log in or register to reply here.
Share:
Facebook Twitter Reddit Pinterest Tumblr WhatsApp Email Link