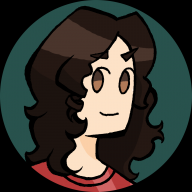 This would be the second command. As you see here it's designed to just change the volumes, but a "stop/pause/resume/volume" button for each one of the layers could be added.

Why is this feature good?
This feature is great because of the following:
This video I found talks about it quite well

@Luischocolatier VNM has IDs for multiple songs to be played at once if I recall correctly. Since we were thinking about the dynamic music. You can also make the songs start at 0 BGM. Is there a reason that workflow is not good?

I think as Archeia said, its already supported to play multi-layered music. Just expand the Play Music command, there is a number you can set. There is even a Random fade-out fade-in feature to make looping non-noticable.

I've been tinkering with the system for quite a while, and there's no way around it. I've tried loads of stuff but there's no direct way to just change the volume of one layer. It either stops the layer (Stop Music), pauses it (Pause Music), resumes it (Resume Music), or changes the music on the layer (Play Music, with another audio). There's no way to adjust the volume of a layer. It just there isn't.

It does support multilayered, but there's no way to change the volumes of each layer independently as the story goes on.

You can add as many multilayered tracks as you want, but as there's no way to control their volume you can't add or subtract instruments to an already playing melody on another track. I have a game in the making and this is the only thing stopping me from using this engine because I need the music to work this way, and it's very frustrating, as everything else in the game is incredibly more easy to do and it's just a few clicks away.