Learn with me how to customize your battle HUD

Introduction
I choose to summit this serie of videos about my on going project Chibi Dungeon. They are half tutorials and half dev blog because the theme of the event is to make a tutorial and I think they could help people to to understand how to customize their battle HUD in some way. Also seeing someone getting through errors can confort every new comers that problems can be overcome.

So it's like "learn with me while I'm making errors" serie.

This serie of tutorials are for people who're familiar with Photoshop (CS6) and Rpg maker Mv.

What this tutorial won't include
Demo


Video 1: setting up the battle system
I mainly install the core of the the battle systems with a lot of plugins. It's a heavy process to do before inserting any plugins that will customize the appearance of the HUD. Starting from "scratch".


Why ?
It's to make sure there is no compatibility errors between plugins that will determine your gameplay. I go back a lot to my previous version of my project so I could copy paste easyly the setting I made/found.

Note
The "bug" at the end of the video wasn't a bug in the end.
I forgot to check the plugin setting of Class Change core.
Thanks to Yanfly guidance, I was able to change the right setting that allowed my characters to share all skills.


Video 2: continuation of previous video with some photoshop stuff
This part will actually show you that the hardest moment I had was to found the correct coordinations to relocate the windows, lol


Be aware that a lot of preparation has been made before to search what kind of style I wanted and have to make some pre-made pictures that consumed a lot of my time.


Video 3: finaly concluded the little serie since it covered the all the basic HUD that I customised that doesn't need any modification from a third party coder.


By that I mean, the plugins that I used are kinda "plug and play" you just have to "customize" the settings to your tastes. 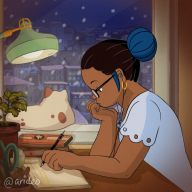 So I'm getting this weird error on YouTube that the last two videos contain material from Victor Entertainment, Inc and, therefore, the video is not available in my country (United States).
Last edited by a moderator: Oct 9, 2016

DeviTheHuman said:
So I'm getting this weird error on YouTube that the last two videos contain material from Victor Entertainment, Inc and, therefore, the video is not available in my country (United States).
Click to expand...

That's really weird because I've received 0 email about any claims and those videos are free.


Edit: I did some research and find in the settings that some people came complain (without 0 emails not notify me) about the musics. I will try to fix that asap Please check again during week.


Edit 2: haha, they claimed the musics I was listening on youtube while make those videos XD (I knew a lot of big youtubers were plagued by the claim systems by fake companies, never knew I would be victim of it too) Anyway, I took the claimed musics down.
Last edited by a moderator: Oct 16, 2016

@Chaos17 It appears to be working now. Yeah, those YouTube copyright flags are getting ridiculous. 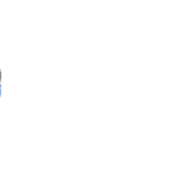 i don't see the vids 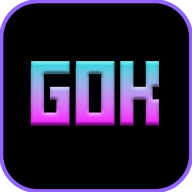