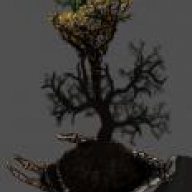 So, these are questions regarding commercial deployment and/or distribution of a game once it is completed.  RPG Maker MV is the version that I am using just as an FYI.


I didn't see anything in the ToS or EULA expressly forbidding these two things in particular, and they both seem to fall into a strange gray area, so I would like some confirmation on


this.  I am not done with my project as of yet, so this is not time sensitive, but it would be nice to know for sure.

First, when finalizing the game, can you or can you not change the icon of the .exe file?  The EULA states that any alterations to the .exe is forbidden, but I have seen other games with different icons and I wanted to know if changing the icon was an exception to this rule.


Second, also when finalizing the game, what is the ruling on encryption for a stand alone game file?  Does this count as an alteration to the .exe file, and if so, is it considered an exception to the "no alteration" rule?


I would like to sell my game once it is completed, and using custom icons would be great, plus encryption would keep people from stealing the game files (as best as possible, although I know nothing is perfect in that sense).  I would like any official word or references to whether or not doing both (or either) of these things would be considered okay.

I've moved this thread to Commercial Discussion. Please be sure to post your threads in the correct forum next time. Thank you.


Doesn't MV encrypt the file already?  I know the earlier versions didn't, but I thought that was added into the later version.

Ah, ok - I found the documentation on Enigma Virtual Box in the contents section of help.  Should've checked help first I guess lol.  Thanks for your response, and I will look into the shortcut workaround as well, thanks for mentioning it.

It will encrypt all of the images and audio files as well as the plugins (as well as other stuff iirc but most people are more concerned about the resources so that is why I mentioned those specifically). You do not need to do the enigma box thingy (which is a bit of an annoying process imho but maybe it is just me being lazy :3).

Also, as Shaz said, it is known that changing the icon image is not an issue at all. Iirc the thread that this was discovered in basically made it crystal clear that changing the image is fine as the purpose of the line (paraphrasing with this quote btw) "no changes to the .exe" is to prevent people from stealing their work (think of it as a very simillar reason as to why Microsoft voids your warranty if you open up your Xbox 360/One).
You must log in or register to reply here.
Share:
Facebook Twitter Reddit Pinterest Tumblr WhatsApp Email Share Link