​
Game Synopsis:
Thousands of years ago, a Dragon created the Earth and fell into a deep slumber. The Dragon shall awaken again to roar a mighty roar which will destroy the Earth and create a new Earth to take its place. Six heroes are destined to protect the Dragon from the Demons who seek to use the Dragon’s power to create the new world in their own image.
Follow the story of Parker and Amagi, two of the six heroes, as they travel across the kingdom of Percivus to find the other four heroes and protect the kingdom, the Dragon, and the fate of their world and the next from the Demons.

Game Features:
The game has an estimated 3-5 hours of game play. The game is linear, but there's optional backtracking for side-quests. A majority of the game uses resources from the RTP, but also uses resources of my own creation. There are two endings: the normal ending and a special ending that is unlocked after getting a certain key item. At the end of the game, there is an option to go to the Bonus Room where the developer put extra information about creating the game.
The item system may be different from what players are used to. After using a recovery item like a Potion or Magic Water, it becomes an Empty Bottle which can be refilled and be used as a different recovery item. The player can exploit enemy weaknesses with fire, ice, and thunder attacks. Six party members are available, each with their own unique skills. Physical attackers use "Skills" that cost TP and magic attackers use "Magic" that costs MP.
A new addition is the Bestiary in the Pause menu that allows you to look up enemy weaknesses, stats, and other information. Gave this game a whirl.

I really enjoyed the potion system in concept, but when I tried to fill my bottles at the store, it just kept telling me I didn't have enough. I would have 10 empty bottles, try to fill 5, and it wouldn't let me. This happens for sure on Potions, Mid Potions, and Stimulants. I didn't try the other barrels. There's a problem in the event here. At least filling my bottles at the springs with the Cure Alls worked. Having a hefty amount of those on hand saved me!

For the game itself - it was pretty fun. I'm going to guess this is one of your first projects.

The maps were nicely laid out. They weren't the most interesting in terms of decorating them, but they show a lot of potential. The usual traps of early RPGmaker games aren't there (over sized maps!), so that was nice to see. The layouts of the towns I saw were good. If you work on making your design more interesting, I think you can really excel here!

The maps that I didn't find so good, were less about design and more about execution. The forest maze. This is just senseless padding. You should really give your player some sort of indication towards which way is the right way. This is the first dungeon in the game, it doesn't need to be so needlessly difficult. It was frustrating rather than being enjoyable. In the end, I saved-scummed the thing with 7 save files. Maps need something more to make them stick out in the players memories - or it's just a confusing romp through the same looking maps over and over. Since enemies don't actually chase you, the only thing the player loses from getting sent back to the beginning over and over is time and patience. I almost quite the game right there and then. Please consider either reworking this dungeon, or if you use an idea like this again in the future, finding better ways to implement it.

Maybe there was a guide, like the Oasis, telling me which way to go, but I talked to most of the NPCs and searched everything that looked searchable, so I'm thinking that there wasn't.

Battles skewed on the easy side for the most part. Which made the strength of the bosses very deceptive. Easy random battles and then cruel boss battles doesn't show a very good sign of balance. By nature of how other fights went, I wasn't expecting my first boss battle to KO me as fast as it did. Maybe I was underlevel - since the random monsters didn't jump at me, I avoided most of them. They were very easy to dodge. I would certainly suggest looking at giving them some way to approach the player a little, so they are less passive. The only time I bothered with them was when it would take more keys to walk about them.

The story, what I saw of it, was nice and simple and easy enough to follow. I enjoyed your use of sprite movement during cutscenes and I found the characters cute, even if they weren't necessarily very engaging or developed. In particular, I liked Amagi's formal way of speaking when compared to the others. This was especially noticeable near the beginning when it was Amagi, Gatekeeper and Parker talking.

There was a strange logic fault in the first town. One villager tells Parker to feel free to rest at the inn, but... Parker has a house in this town! Why would he rest at the inn? This was pretty silly.

While I enjoyed the dialogue, you really need to cut back on the ellipses. There's no reason for there to be as many as there were. I understand you want to show pauses and stuff in the speech, but there are far better ways to do it than throwing a ton of dots in the player's face. Some were completely superficial and really served no purpose and I found myself thinking - it's rather unnatural to use there, even if they ARE intended to be pauses. It's rather amateurish storytelling to rely on them that much. They are undesired by a lot of players. I used to use them a lot too, but training myself NOT to, I noticed the flow of my writing improved.

Touching further on what I said about the characters being not very engaging - this was kind of a strange thing to me. While sometimes, the characters played off each other well, other times they were painfully dry. The Demon was written with 500% more life and energy than anyone else. Parker and the Gatekeeper had better chemistry than any of character combination. Your writing seems to show potential that you haven't completely gotten control of yet. Keep working on this. Look really closely at games that have character interactions you enjoy and study them - write down why you enjoy them and apply it to your own work.

I liked the custom art during the exposition-with-Amagi bit~ It's very cute. I would have loved to see some more custom art in the menu. Even just face images on the first screen. Perhaps you didn't have time for it though. Custom art can sometimes be enough to draw people attention to try your game though, so don't be afraid to flaunt it if you've got the skills to include it. :> Let me be 100% honest here, as soon as I saw this screen I yelled "Ah, Heck Yes!" and sat up in my seat and paid way more attention to this exposition than I would have if it was just sprites standing around talking! I love seeing efforts made to make storytime with NPCs interesting! It was really refreshing~
Overall, this game is certainly rough, but I think it shows a lot of potential in you. I did not complete it (got to the point to where I needed to find a password), but what I saw showed me some budding strengths and weaknesses that are not unobtainable to improve upon. Nice work! And congrats on completing a game! Hopefully, this will be the first of more to come.

* You need a self switch on the event that you find the Dragon Pendant for Julin with. I ended up picking up three Dragon Pendants. Event can be triggered endlessly

* A few of the other collectibles in this town are wonky. There's one house, where not only do the sparkles not vanish after searching them, they suddenly amp themselves up to hyper speed flicker rates. Someone gave them too much sugar

* The aforementioned empty bottle issue in the Oasis town bottle shop. (this was the only shop I tried to fill bottles at) Thank you so much for your critique! Yes, this is my first completed project, and I plan on making more games and improving my skills. 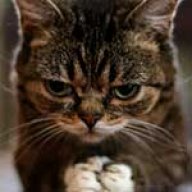 I've started the game 5 and more times, but I always end up somewhere here. Locked behind the bush, with that slime probably blocking my way.

Thanks for reporting this! I updated the game to fix this error.

I found an error while going through the 100 level dungeon.

There's an animation missing from the Orc's moveset (Clean sweep or something) that crashes the game. You must've removed "Blow3", as it took me a while to get past that part.

Also, am I supposed to not be able to get the blue chest above the dungeon when I first get all three items? I used to be able to attempt it, but I'm wondering if the collision is set to "below characters" instead of "same as characters" for the successful jump.

EDIT4: I recommend making some mosnter immune to silence. The demon king was sorta a pushover.

EDIT5: My save is disabled forever after the 100th floor. Whoops. :<

EDIT6: Going back into dungeon results in endless loop. Gee. I wish I could've saved.

EDIT7: One of the reapers is getting chased by a villager? lol
Last edited by a moderator: Feb 3, 2015

Thanks for the bug report and critique! I fixed and improved everything you mentioned.

Legend of Percivus has now been upgraded to v4.00! I will not update the game file anymore unless there are glitches.

Legend of Percivus has been upgraded to v4.01!

Legend of Percivus has been updated to v4.10! Please check the original post for the new download link.

Hello, everyone! Huge announcement: I'm planning on updating this game one last time to v5.00! If all goes well, the update should be coming this Christmas. And after that, I may consider putting the game up on Steam Greenlight.

LEGEND OF PERCIVUS IS FINALLY AT v5.00!! It's available for download on itch.io, GameJolt, and Indiexpo. Thank you all so much for your support for the last couple years I've been working on the game!
Last edited: Feb 3, 2017

NoPiessadface
Where do i have to play Heisei Pistol Show the same creator that made Re: Kinder Parun
6 minutes ago •••

ImaginaryVillain
I really get the feeling I should be doing regular YouTube videos whenever I make something cool in my game, instead of waiting for massive changes. But not going to lie... I always feel like it's never quite enough to merit an update, until it's a drastic change.
37 minutes ago •••