When you're viewing an enemy's scan info, don't forget you can press Shift (or gamepad equivalent) to view its status vulnerabilities.

In this case, First Weapon is vulnerable to Silence, Zombie (but not Regen), Weaken and Meltdown.

Having Zombie on your party will protect you from First Weapon's Death spell, but not from anything else. It won't make any other attacks miss. However, there is a bug - if First Weapon is Silenced, any regular attack he uses on a 2nd, 4th or 5th turn in a 5-turn cycle (from the start of the battle, not simply from when he was silenced) will always miss, while the 1st and 3rd turns will be 50/50 hit or miss regardless of stats. Aside from that, Silence will prevent him from using Flare, Pain or Death (but it won't prevent Thrasher).

(This occurs because First Weapon has a 0% hit rate, and most specifications for "regular attack" in his data use an alternate version that never misses. However, there's one entry for it with a condition of "has Silence" that incorrectly uses the regular variant of a regular attack.) 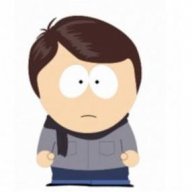 Thanks a lot ninjamida.. I should have known about pressing the shift key. The boss/enemy battles are very challenging which I enjoy.

EDIT: Silence did the trick for me to defeat First Weapon.
Last edited: Dec 29, 2018

Hi! I'm new here and I've been browsing for games to try. As a FF fan, your game caught my attention. Currently downloading it and reading through the comments is getting me pumped for it!
Will post again soon after I tried it

I'm afraid to say I'm almost ready to throw in the towel. I can beat Corelock handily but Lunaris has me waving the white flag. I've tried everything I can think of but he still always gets me in the end. Any suggestions?

Give Vince an elemental drain and another character an elemental touch; then wait until Vince gets possessed (as he is the least threatening) and keep hitting him with the element he drains to keep him alive.

Lunaris uses Possess as a counterattack, so if you want him to possess Vince, have Vince attack Lunaris (while no one else is already possessed, as he can only possess one character at a time).

If it's his Zanmato attack that's getting you, it does physical damage equal to your max HP, no randomization. You absolutely must have some protective measure against physical damage (Def+??% abilities, Shield, Defend, etc) to survive it - ideally, enough to bring the damage below 50%, as Zanmato can critical hit.

Also note that Lunaris follows a mostly fixed attack pattern, though IIRC he can insert a regular attack any time he wants. He'll skip Zanmato until he's below a certain HP (2/3rds of his max, IIRC), and if you get him down to a certain further point (1/3rd, IIRC) before he's used it, he'll immediately skip to it on his next turn (but continue as normal afterwards). I think there are also specific conditions that can cause him to skip moves, eg. if I remember correctly, he skips Sinful Guard if he already has all the statuses it'd give him. Note that the healing spells that sometimes get cast are not being cast by Lunaris himself, so don't confuse them for part of the pattern. (If you look closely, you'll notice Xeon is using them, similar to how she did in the fights against Yauwe, Tamiku and Coda).
Last edited: Jan 4, 2019

If you want an almost unplayable game then this is for you. It starts out with a decent story, but almost no game mechanics. It's pretty much just spam status attacks and watch the enemies wait constantly until they break free before you can even get one more attack off. The skill system is totally unoriginal. Collect AP, buy a skill and repeat. Find blue magic items, use them and have your counter for those skills reset every battle. This game is pure garbage.

There are close to 300 different enemies (including bosses) in the game. Of that, the number who exhibit the behaviour you're claiming is "typical", is in the mid single digits. It's the gimmick of the Blob enemies, not a typical behaviour of all enemies in the game.

You also don't get access to Blue Magic until a bit after fighting Transient; and unless your playstyle is "overlevel, and brute force everything", Transient does not fall to a player who hasn't been paying attention to game mechanics (and thus realising they exist). And you've still barely scratched the surface of the mechanics until well after the point where Blue Magic first becomes available. (And if that is your playstyle, it will only get you so far...)

You're not wrong that the skill learning system isn't creative, but what advantage is there in making the player navigate through some annoying system that would ultimately be the same thing, just hidden behind fancy lore and menus that don't look like typical menus? What really matters is how you use those skills in battle.

All in all, it sounds like you either haven't actually played the game (but perhaps just read posts about it or skimmed through an LP), or are just attacking it for the sake of doing so - or perhaps because it's too hard for you? (And the fact that this post is literally the only post you've made on this site, too...)

EDIT: I've figured out who this is, it's someone from GameFAQs who is obsessed with trolling me. So yeah, that post can safely be ignored.
Last edited: Feb 17, 2019

Evilmumrah said:
I finally defeated Oblerost but have not been able to kill Shinryu. He always gets me in the end. Is this a necessary battle to continue the game? Or a side quest sort of thing? And I'm having a definite brain freeze. At the end of the Oblerost battle I'm supposed to go to Trinity Palace to look for Aisha. Isn't that where Cameron is? No Aisha there. ???
Click to expand...