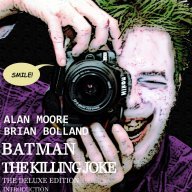 Legends of the Desert (Title may change ) will be a typical RPG Game, using the typical RPGMaker Turn-based Battle System. Also there will be temples, dungeons and all that good stuff, the game will be a little more story-heavy. You have three main heroes, but you will also me a lot of allies who will temporarily join up with you during you travels. There will be no open world, instead the game progresses in a more chapter-like style where you travel to a new destination once you completed the previous one, since I believe this kind of story progress works better with this game. I plan to make it so there's no grinding needed as long as you didn't keep escaping from every battle.


The story is heavily influenced by Egyptian Mythology and takes place during the time when Seth killed Osiris the former God/King of Egypt and took the throne for himself. After becoming the new King of Egypt, he declared all the followers of opposing Gods criminals, making sure there is no-one left to oppose him.


The main Hero, Astor, is on a Quest for revenge against Seth. While meeting allies and conquering different trials, he'll discover the world of the Egyptian Gods and must learn that revenge may not be the only reason to fight for.


It took me a little longer than I thought, but the I finally managed to finish my first-look version^^ I hope you will enjoy playing it. It still needs some improvement here and there, but I would really love to get people's thoughts on my game so far and find out what may needs improvement. Since the game is still in it's early stage, this isn't the longest demo, but I hope you'll still be able to enjoy it.


11/20/2016 : The first version had a mistake where it didn't go past the first loading screen. I fixed it for the Windows version and will update the Mac Version as soon as I had a chance to test it.

Astor: The main hero. After some tragic events, he is on a mission to take revenge on Seth and his minions. Hot-headed and sometimes a little too serious, he is determined to fight the King of Egypt. His real quest finally begins the day he meets Ravi and Satir.


Satir: As an Apostle of the God Ma'at, he was declared a criminal by Seth. He wants to take down Seth too in order to bring peace back to Egypt, but even more important too him, he wants to make sure nothing bad happens to the people he cares about.


Ravi: Ravi has been traveling with Satir for some time. Always in a good mood, she's makes sure everyone stays motivated. She was an Oracle of Bastet when Osiris was still the King of Egypt, but was forced to flee once, Bastet was declared a forbidden God.

Characters and Story may get some small changes and there are also some parts I can't mention yet due to spoilers, but the main concept will surely stay the same.


I'm always open for ideas and feedback, but I guess that will be easier too do once the actual demo is released and you can get a better look at the game, but for now I wanted to post this as a small peak preview^^

Interesting, definitely an underused type of setting. Its all too easy to forget or ignore the fact that setting a game in the past doesn't have to be limited to just the typical medieval European fantasy standard; other countries had their own culture around these time periods as well.


Can we expect Pyramid dungeons?

Looks pretty cool and not really something we see too much of.


The movie Gods of Egypt was awesome by the way, despite what the critics said!