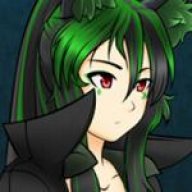 Hello, I've run into a bit of a hurdle with my game. I have made my character sprites fairly large and with four followers the screen can look a bit cramped. However I do not want to give up all of my followers to only have one character on the screen. I was hoping that someone knew of or could make a simple script for me that would make it so the only player follower is the character in the second slot of the battle party,


So you would have two characters on screen at all times. The party leader and the second party member regardless of how many battle characters there are in the party.


I hope that this is possible or even that someone knows of one that already exists. I found some similar plugins but they do not do what I need,

There may be some plugins also do this, but, I believe Yanfly's Party System should work:


One of its Parameters is "Maximum Followers". Change it from 4 to 2. Haven't tested to see if it works, but, Yanfly's plugins always do, so I trust it.