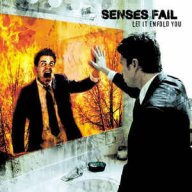 Ive been looking into RPG Makers and I really hope they stop ignoring Linux because its a underrated and much bigger and stronger community than what it is given credit for. If a a FOSS program such as the Godot game engine can offer support on other platforms, Linux, Mac, Windows, Android, iOS and HTML then I don't see why RPGM cant do so.

Ive tried the export on the previous RPG Maker MV and It did not work so far on my Linux Mint 20.1 distro. As for Linux ARM support, SBC manufacturers such as the Raspberry Pi foundation has made them mainstream. Ranging from Ubuntu and other distros supporting it, to even a spotlight on the anime Doctor Stone. Linux gaming is no myth and its also prime real estate for games.

I dont know if actual staff who are involved with RPG Maker decisions are here and observe these forums but hear me out on this one.

each version of the program needs to be playtested before it can be released, and that takes time.
Linux was never a primary release for the RMs, in case of MV (the first maker that got a Linux version) the Linux version became available about a year or two after initial release of MV.
You must log in or register to reply here.
Share:
Facebook Twitter Reddit Pinterest Tumblr WhatsApp Email Share Link

Kaimi
Does anyone know of NPC sprites for RMMZ? I know of Flirion's RMMV recolours, but RMMZ's sprites are slimmer and more detailed, so I'm a bit on the edge to use Flirion's im RMMZ...
Today at 9:16 PM •••