My first ever RPG Maker Game! 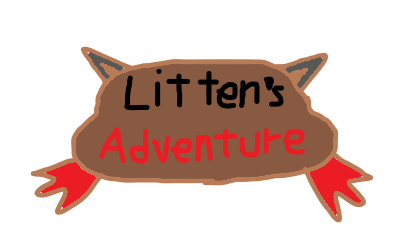 Here is the title. It's not great but it's a start.

If one being wants an adventure, they got one. traverse this whole new world
to beat a whole lots of enemies to get stronger and stronger.
and get Z-Crystals to use those amazing Z-Moves!


Litten's Adventure is a turn-based RPG game,
that has little bit of story, and it focuses a bit more on grinding EXP.

This is the Title Screen (W.I.P. BTW) 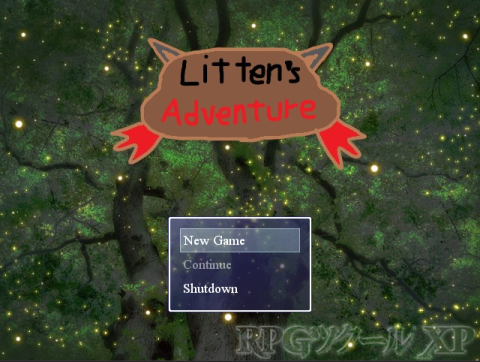 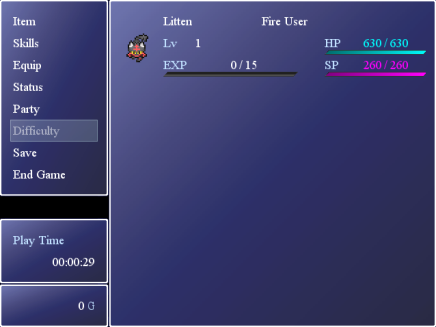 This is how i make Overworld Maps
(It's not great. Let me know about how to make better maps.) 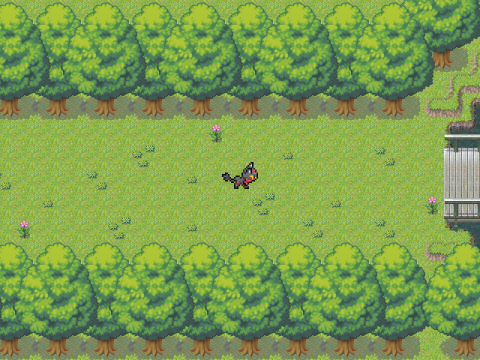 This is the Battle System
(I think im proud of this.) 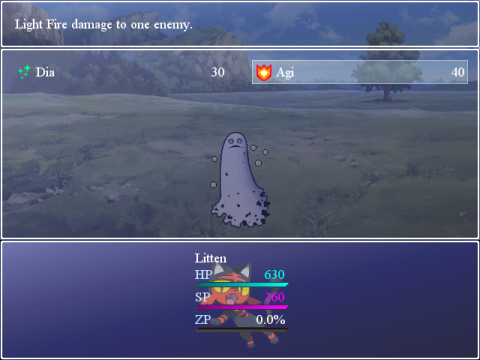 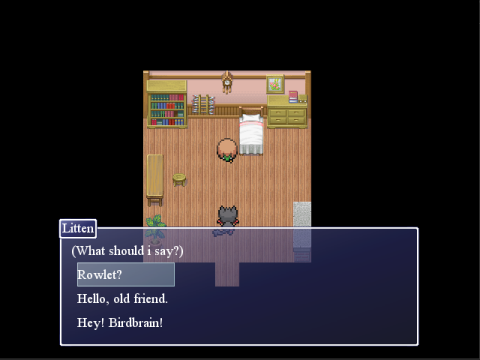 SOME MADE UP LORE

DEMO DOWNLOAD LINK [v1.1]
(Just move your save file to the new version, its not that hard!)

- You need to install the TTF file to avoid the error
- Added the missing animations
Last edited: Aug 12, 2020

bump.
uhhh... anyone want to try it out?
it's my first made game.

I get this error in the first battle with the ghost and stopped playing after that (see attached).

Anyway I think fan games are fun way to jump into the world of game development. Unfortunately I couldn't play too far, but my one piece of advice would be to try to have either smaller maps or to add more objects into the empty space. The beach at the beginning feels very wide and empty, especially with that camera pan. You can probably get away with half the beach size vertically, or just add other objects like sea shells, rocks, maybe even an abandoned beach towel or umbrella? As for the forest maps, perhaps some more shrubbery and flora objects.

If the battle crash gets fixed, I may play some more just to see where this goes. My first game way back when was a fan game as well (although not Pokemon) so I have a soft spot for these things.

@ChampX
about the error have you downloaded the RMXP rtp?
cuz you can download it here
or maybe its because that you don't have the correct text?
here is the link to the text btw
just download it, install it, and the text is added.

The font installation worked. You should include that in your first post.

Got to the battle against Scorbunny, once he used "Lunge" this error came up (see attached).

@ChampX
Whoops! i forgot to export the extra animations into the game
(Okay! I updated the game! You need to download the new version though...)
Last edited: Jul 19, 2020

Ok I finished the demo. So my comment about the maps still stands, but your cliffs are also very square looking. Nature isn't very geometric so try adding more variation to them. It's easier to show visually so here is a random example I found on Google (obviously not my image).

If you practice and get better at making maps, that will help your game tenfold. One way to improve is to just look at what other games do and use them for reference. It will take time to get good at it.

I would also suggest handing the player at least one revive (or some item to help cure death/knockout) at the very least before the final boss bottle on the mountain. You could give one before Scorbunny but I don't think that's as important as one before our totem mountain boss.

I also re-read your first post, I noticed that both Rowlet and Popplio are weak to solely electric. If the entire game is going to be just these three, you will want more diversity in what each Pokemon covers. If you wish to stick true to Pokemon typing match ups, perhaps swap have Rowlet weak to ice instead? Grass would normally resist electric anyway and his grass/flying type from cannon games would make him doubly weak to ice. Litten and Popplio being fire and water respectively would also both resist ice so this would be a nice balance. I see that you have Litten here weak to ice to follow more Final Fantasy element logic, but I think Litten resisting ice would be better overall and make sense to Pokemon fans who play your game. Just a suggestion and obviously this doesn't matter at this point in the game the demo is playable at.

Most importantly, just keep going and have fun with the process. While my suggestions will help you improve, don't stress over making your first game perfect either.

2) i have like 3 revives hidden somewhere in a secret chest, you just have to find it tho.

with that being said i just hope that im finish making my first game.

I must have not found that chest even though I found a ton of them. Oh well.

I never played a ton of persona so I guess didn't make that connection as much, that said I still think a bit more diversity among the three characters would help, unless you plan to add more party members later instead. That was just what I was really getting at.

Yup, your number 1 goal over anything should be to just finish, learn some lessons, then move onto the next project armed with more experience. Then just repeat. My advice as well as anyone else's comes secondary to that.

@ChampX
about the hidden chest, the hint is the flowers surrounding on that one tile.
find and step on the one other surrounded tile so the hidden chest appears.
(its on the mountain area)
and don't worry. there are more party members coming in the full game

I dunno, making a fire based character use ice attacks doesn't sound logical. From a nature perspective in that fictitious world, his own temperature and attitude should make it pretty much impossible. Plus fire and ice attacks combined or launched at the same time would be devastating for Litten for they'd explode in his face... :s
Going from heating stuff to absorbing heat, which he shouldn't be able to ever learn, makes it a bad game design choice in my opinion. Litten is no wizard.
Just my two cents, don't take it personally. I can't just watch Litten become the ice monster.

kyonides said:
Plus fire and ice attacks combined or launched at the same time would be devastating for Litten for they'd explode in his face... :s
Click to expand...

Well, I was basing my claim in some physics and the Dragon Quest anime.
I dunno, I can't find an advantage in using a skillset he is strong against...

the battle system in my game is gonna be similar to Persona 5 Royal.
the story i make is not gonna be great but i could be at least be good.
but that battle system... HOT DANG! that mechanic is amazing! (unless its broken in an OP way)

Well, how would you just his sudden appetite for... ice cubes? There's gotta be a reason for such a strange change I heart so to say. 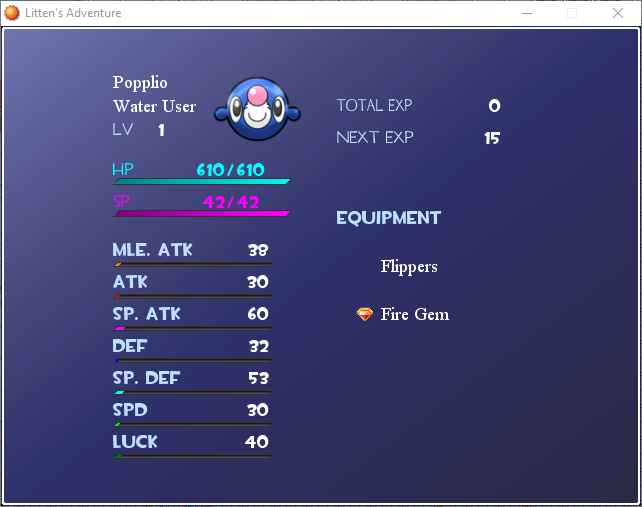 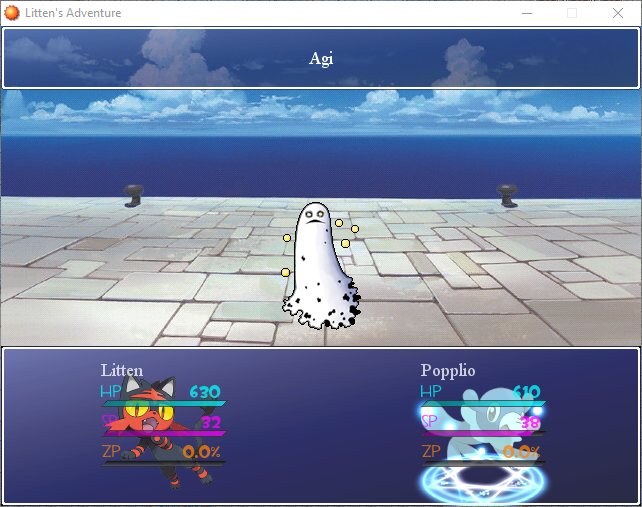 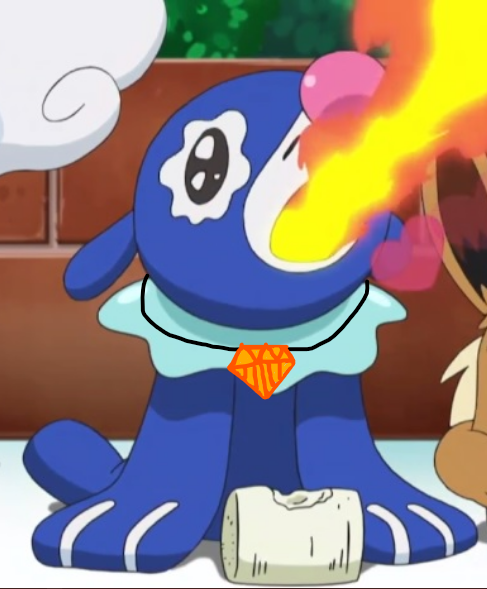 zerobeat032
just hopped into project recruitment... hoping to maybe find some artists to help with parallax maps and whatnot. I could do them myself, but I'm not really good at it so I'd prefer to stick to my strengths which is character art and SOME UI elements.
4 minutes ago •••

Conflictx3
PRODUCTIVE DAY! I think I FINALLY completed all the items for part 1 of Fallen Feather, that includes the animations, the stats, the pricing, etc. for weapons, armors, key and consumables! all i need to be 100% done is write a few more descriptions (only 10 left out of the 40+ items) and to find some nice pants icons (dont ask lol).
18 minutes ago •••