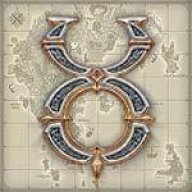 I do not know what to call this genre of battle style...there are basically two kinds in Zelda II: The Adventures of Link.


I do not know if this would be an all-in-one battle system that already has a classification given to it - or if I need to be looking for more than 1 plugin to accomodate my several needs so, even if you don't know of one plugin that can rule them all, perhaps you can provide me with some terminology that will aid me in finding the plugins I need?

Over World:
In the over world mode, you don't actually battle anything.  You run around from area to area, castle to castle, town to town, and will have random bad guys spawn and chase you around.  You do not have to fight them unless they touch you.  But!  If they touch you - it creates a battle event.  I've been giving it a lot of thought, but haven't actually put "pen to paper" so to speak to test this out, but I think this mode can actually be accomplished w/ the default system - would just require dozens and dozens of events (I think....)

Battle Event:
The Battle mode in Zelda II is a side scroller - mine doesn't necessarily have to be a side scroller, I actually envisioned it more along the lines of Secret of Mana, given that the artwork and overall view is, in my opinion, very close to RMMV.  This might also be handled mainly w/ the current system, except for the part of swinging your sword/axe or shooting your gun/bow by using the action button (or maybe even clicking on them, like in Diablo) in order to attack the enemy, instead of entering into a turned-based battle sequence.

Would like to be able to let the player "choose" which stat gets upgrade each time they level (just like Zelda II or Diablo II for example).  Each bad guy awards x number of experience points.   Pretty basic stuff.

Something not found in Zelda II, that I would still like to have in my game:  Skill level.  A great example that comes to mind is my favorite game of all time:  Ultima Online.  You have to constantly use your "skill" in a various study in order to increase your ability to perform it.  You aren't leveling up a particular weapon - but you are leveing up your profeciency in using that TYPE of weapon.  For example:  If you would like to be a great swordsman, you would do your fighting with a sword and, the higher your skill rises, you have to fight harder guys and train more to keep it training uprwards...  Basically - the way you level it up is to use it, the higher the level, the harder you hit, or better you block, etc. 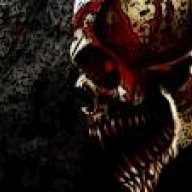