My players keep having the same problem with my game. They want to load a save and often times this message appears! 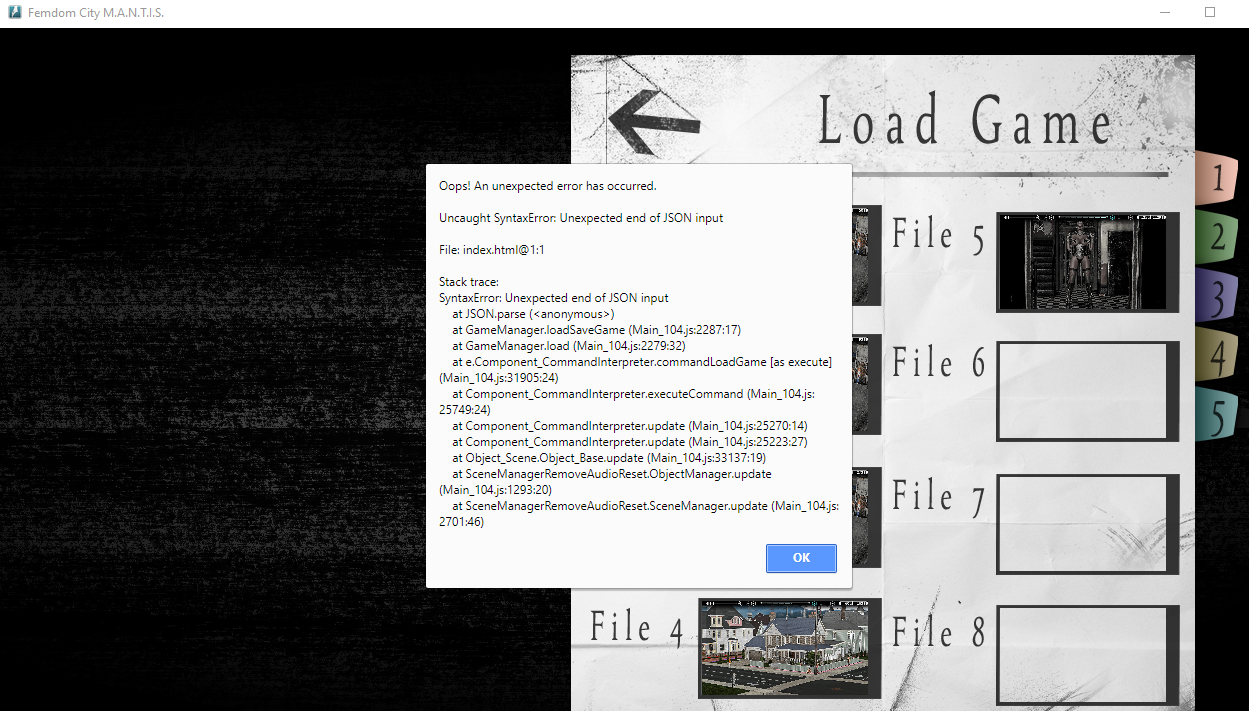 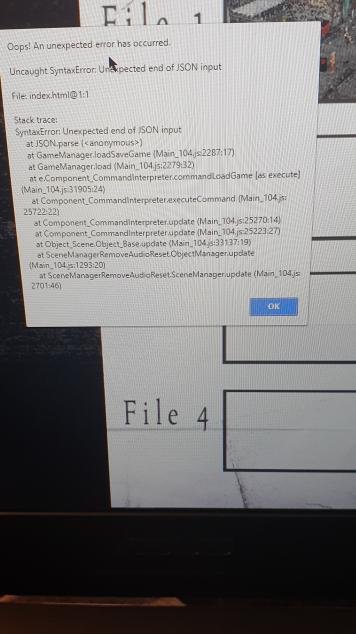 I need some advice/help, please!

It is strange, it doesn't always happen, sometimes saves run fine. save slot 5 seems to cause trouble particular often 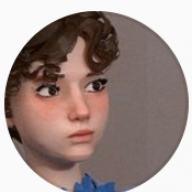 If you haven't touched the "Load Menu" code, the error may be somewhere in the code or possibly in a common event. When this happens to me it is very difficult to know what is the specific problem and what I usually do is to create a new project and take me there the code that I think is giving problems to try to see where it is broken.

Thanks for answering. Didn't think someone would answer. This piece of software seems abandoned by the developers.
if i knew even roughly where the problem was I could do that, but I can't.

the error doesn't happen always, just sometimes, which makes it hard to track down. The game, my game, is played by over 10000s of people with different setups, OS systems and computers. Makes it even harder.

But there was a discussion in another steam forum where the exact same error was mentioned. It was some commercial game on steam.

I have pretty much given up on finding the error and just told my audience that it is good to save often and in multiple slots!

Yes, the programme certainly seems abandoned and obsolete. It takes months to reply to an email and only once in a while a developer comments on the steam forum. Also the last update only made slight changes that also caused a lot of bugs and there are features that just don't work anymore.
But still I would not like to try to help you, can you answer these questions:
-If you recreate a save at the same point? Does the same thing happen when loading game?
-Do other savegames also cause an error?
-Are you working on Apple Sierra? (This system gives a lot of errors)

Yes, other savegames also cause errors...but not every time.

It doesn't always happen at the same day/point.