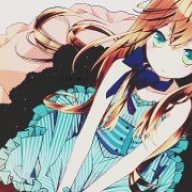 Does anyone know of a script that allows for a second player to be active on the map? I saw there were some for VXAce for local play. I would love to implement this into my game.

To my knowledge, no, but it's mostly due to the fact that such a script would involve a compete rewrite of a vast majority of all the default systems. This would be wildly incompatible with pretty much any plugin that changes much about the engine, not to mention really time consuming to make, bug-check, and maintain. As a result, you'd need any other plugin for your game to be either custom built, or altered to work with your co-op system, which in many cases is not a simple task. Not to mention that any updates to the base engine will also probably cause several issues with it, depending on what was changed, so you'd likely have to develop the plugin on whatever version is out when development is started, and then you'd have to stick with that version of the engine for the rest of the project.
You must log in or register to reply here.
Share:
Facebook Twitter Reddit Pinterest Tumblr WhatsApp Email Link

The Stranger
Brioche with a crème patissiere filling is so tasty!
9 minutes ago •••
Ultra-Entertainment
A group of Game creators and others who trying to revive the Feel of Multiplayer and TOWN/ROLEPLAY games
Today at 9:21 PM •••