Synopsis:
The world is at peace for now but peace doesn't last forever. Daniel Christoff has witnessed a terrible future through premonitions, but he cannot grasp it fully right off the bat! Motivated by events that have driven him to a point of no turning back, Daniel embarks on his first adventure outside his loveable Homestead. His premonitions have lead him in a race against time to save time, fighting his way through Demons, Spiders and Kings to stop Jack Pentony and his selfish dream!​
In the land of Preston there are but two roles that play in time; Locks And Keys! Locks being the events and the Keys being their trigger, this is thought to be an analogy in the land of Preston however, it is much more than that. Dive into this land and uncover the secrets of Lock and Key; venture through the lucsious forests surounding your childhood home, or maneouvre through the snow-ridden tundra, invest yourself into the sandy dunes of the Asp desert or find yourself sailing the seas!

Each of these lands will have you battling monsters and with the turn-based system that we all know and love, an enjoyable Adventure-RPG focusing on narrative and grandoise story-telling will leave you hooked and wanting more!

This game is based around your choice, and these choices are yours; will you leave yourself to be a simple event? A lock?
Or will you be a key?

Setting:
The land of Preston is divided into 4 segments each possessing differing types of biomes; the mainland which is filled with forests and mountains, the Tundra which has unpredictable weather, the Asp Desert which is rumored to cover an ancient civilization and lastly, the Tropicose, the most exotic island in all of Preston!

But that's not the only world Daniel plans on visiting, another world is The Void (the most original name out there) which is riddled with Spirits and Demons waiting to possess an untainted soul. It's purple-crystal floors surrounded by it's purple miasma make it a challenge to navigate around!

Flavours:
Fantasy with a slight touch of comedy, you'll find quite the amount of Easter Eggs which will tickle your funny bone. 99.999991% guarenteed!​
Screenshots:​

​
Deal with threats to the world! Because... that hasn't been done before. Don't say otherwise, I won't believe you!​
​

​
​
A pretty neat menu system which is credited down below!​
​

​
​
Fun little easter eggs here and there! Plus most objects are interactable, something to invest your time into!​
​

​
You also have decisions! Your voice matters, in most cases... in some you may have different texts but same results. But that's okay... thought that matters!​
​
There's Lock And Key so far, please be gentle seeing as it is my first game! It's not my dream game but I am liking how it is coming out! Thanks for reading! ​
​
Demo NOW AVAILABLE: https://www.dropbox.com/s/a3l9v5j0g2o4bpq/FirstProject.exe?dl=0​
​
Credits:
Homestead Inn Music -
Slingshot by Gaelic Storm 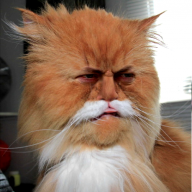 I think the 'key' to the game will be the story; I imagine we'll see some interesting scenarios in the framework of the Lock and Key plot. Player choices could be keys, items could be keys, characters could be keys, etc. The world is made of a millions of locks, and everything is a key. It's an interesting perspective on fate that opens a lot of possibilities within the game.

I look forward to seeing more. Thanks for sharing!

Hello everyone, a demo is now available! If you encounter any bugs/spelling errors or so on. Let me know! It is very early in development so it's not solid but I have liked how it's come out so far. Expect decisions made earlier on to matter later on in the game! It's also expected the text isn't aligned with the message box which will be the first thing fixed when I get the chance. But for now, enjoy the prologue/demo to Lock And Key!

Hello everyone! Due to my school year resuming which I obviously need to put above everything else (it is my last year) so progress on Lock And Key will be slower but it does not mean it will be stopped entirely! Give me your thoughts on the demo and if you wish to help out to ensure it's release, let me know!

G'day everybody, just letting you all know that there is a new poll up and that I have updated the characters list with some fancy shmancy new borders/text and added some additional characters which may or may not be party members! Also, is someone knows how to condense things into little spoiler tages please let me know. It seems very cluttered as it is now and it would be very appreciated! ^.^

Greetings greetings, I am currently looking for some BETA testers for the game to make sure there are no bugs; if you are interested than please send me a message and let me know, thanks! ​
Overall, the project is coming along smoothly. Any advice, help, or tips would be welcome and am still looking for BETA testers to play the game as it's being developed - all welcome. Also, still wanting to learn how to add those spoiler boxes. *hint hint nudge nudge* There is no expected time when it is going to be released, I will not rush it and will release it in the completed games thread when it is tested for bugs, mapping errors and so on! So for now, enjoy those little tid bits and I will keep y'all updated.​ 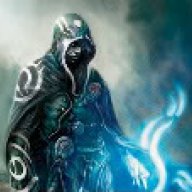 Spoilers are done this way:  [ spoiler ] Enter text here [ /spoiler ] (without the spaces)

For the record, I didn't know either before now, I just checked


like this
Also, a little tip: easter eggs are fine, but don't overdue them. Too many will make your game  harder to take seriously, at least in my opinion.
Last edited by a moderator: Aug 9, 2015

For the record, I didn't know either before now, I just checked

Also, a little tip: easter eggs are fine, but don't overdue them. Too many will make your game  harder to take seriously, at least in my opinion.
Thanks a lot!

With the easter eggs, I was thinking of limiting it to about one per town/city with stuff like books/dialogue and one per island with actual battles.

Alrighty, so it's been a while since I have posted so I am letting y'all know that the project isn't over! It's on hiatus due to some important exams coming up, it will resume following these exams (and probably my completion of Fallout 4 *hint hint nudge nudge*)! So the project isn't dead, it's been put on a long hiatus! 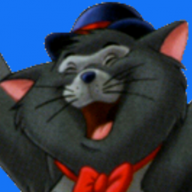 
Anyway, great job so far. Hope you continue working on this project. Has some really nice potential.


Anyway, great job so far. Hope you continue working on this project. Has some really nice potential.
Click to expand...

Thank you very much! I am glad you enjoyed the demo, though it's been a while since I have posted anything, I am still working on it (while juggling with Uni so, not too much is been done)! Thank you for explaining the bodies, it has been bugging me for ages and I was unsure of how to change it! The forest hunt was my main problem and was thinking of what I could change about it, so I may try adding a few things to that (as obviously there are more than one type of creature in forests)!


Overall, thanks for the Feedback, I will be posting an update soon hopefully (just smoothing some things over)! 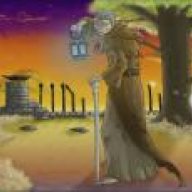 I see why they call you the story teller, your take on the game story has me intrigued. From what I've seen the game looks quite nice too... Nice enough to twist my arm and hit that download link! I will give the game a play through tomorrow and give some feed back. Untill then keep up the good work!

I've played your demo, I like your menu system and the battle advantage script thing. Interior maps are done well, the town map could be a bit more busy. After playing here's the Pro's and cons


In the beginning into there's some text cut off


left door of the shop keep takes you to the Inn


Maybe these issues have already been solved and the demo just hasn't been updated yet, keep up the good work and I look forward to some updates!

zakattack1989 said:
I've played your demo, I like your menu system and the battle advantage script thing. Interior maps are done well, the town map could be a bit more busy. After playing here's the Pro's and cons


In the beginning into there's some text cut off


left door of the shop keep takes you to the Inn


Maybe these issues have already been solved and the demo just hasn't been updated yet, keep up the good work and I look forward to some updates!
Click to expand...

Thank you for the feedback, I am glad you enjoyed it! I have solved the last three problems and am still in the progress of fixing the Introduction text! I will definitely take your advice into consideration and hope you will follow the game as it is made and chime in whenever you see something that peaks your interest!

Hyouryuu-Na
I guess the concept of friendship has changed :") Today I saw a very quiet boy getting bullied by his 'friends' because he wasn't talking. They made a circle and made him sit in the middle and were nagging him saying hey talk, sing a song, do this tongue twister etc. etc. And I could totally see the discomfort in the boy's face. Glad I don't have 'friends' lmao
42 minutes ago •••

vyncents
Music is my life, getting noticed for it is the best compliment I can get. So thanks to those who expressed interest
49 minutes ago •••

Vanessa
character for fun, based on various friends input.

Cryptic
I've noticed that the website has changed a lot since I left in August last year...
Today at 9:59 PM •••