Looking for Artists and a Composer

Quick Edit: I am looking for a composer too. Inquire within PM Or below.

I'm looking for two artists. One for concept design (Preferrably both Creature/monster and scenery) and one for pixel art (Spriting, icons etc). I work at a very relaxed rate, with my writer and web artist (I can't think of a title for him), we all enjoy working together once or twice every week or two. What this means is, my writer provides some additions/addendum to the story maybe 2-4 times in a 2 week period, and my web artist submits about a sketch a week. This means we have time to do other things, after all, we all work and live our own lives.

What I ask of each of the above (Concept and Pixel) is:

-Providing some concepts / finished pieces every 2 weeks. I don't mind if it's 1 or 5. Do whatever works best for you and your schedule.

-Try to see into the future with your (hopefully owned) crystal ball and see if you have time for this for the months ahead. I won't tie you down to doing anything, but if I were to enlist an artists help, then have them leave 2 months in and have another artist take over, usually it's a very blatant difference in art style. I don't want that. So just try to ask yourself if you'll still be interested in helping a few months down the line before replying.

What I am looking for you to do is take a scene (If you are asked to draw scenery of it, that'd be great, but not always required) and create creature, monster, and NPC sketches/concepts for that area. Example, one of the first few areas the player visits when leaving the origin town is an open forest. Forest, as in, open areas, lakes, paths merchants take, etc. This forest is inhabited by bandits and other wildlife. The game is set in a fantasy era, so anything from pixies to bears could be possibly seen here.

Don't worry though, you won't be creating creature/monster mockups for every square inch of the world! I like to prioritize duties, and you'll see that if you hop onboard.

For the Pixel art, my web artist has completed some templates and i'd like to to sprite them. Now, I DO have a custom template in a .psd that I had created for me, but it's kinda small (Like, the sprite's dimensions). It's slightly bigger than RTP, but not much, so if the interest is there, i'd love it if you could create a new base. BUT! Not required. Remember, I don't like making anyone do anything that is harder on them than it needs to be.

A bit about the game.


I haven't really released much about the game anywhere online. I like it that way. I probably won't release much until a few months before release of it. The story bit below is the most anyone around has heard of it, just because the story isn't great, so I want people to experience it first hand rather than read it and judge it. It is Non-Commercial and it is played with traditional turn based combat. Most of the maps are being Parallaxed, I am using a mix of a few different tilesets (Celianna, and modified Hanzo tilesets being primary.) For this reason, the mapping takes a lot longer than a normal game, but that doesn't bother me. I'm not here to rush out a game, I'm here to tell a story, and setting helps do that.

It will have a few unique features, custom scripts that some of which are already made for this project, and a lot of dedication.

The story is set in a world with much history. The world started out as a creation by 13 mythical beings, a part of a bigger society. These are beings with immense power, and they created 4 delegates to populate their world, and make it prosperous, not to mention spread the knowledge of magic. Things started good, the four races lived in harmony. But after a while, part of the world stopped getting blessings from both the delegates and the higher beings. Nobody understood why, but soon that restlessness turned to anger, and little by little it became less and less acceptable to praise the creators. Little by little tensions grew between the two sides of the world, until on one fateful day, the "Rejected" as they call themselves, decided to cast the first stone. This would be the start to a decade long war that took it's toll on everyone. Disgusted with what had happened to their creations, the 13 decided to start a purge. Little by little, a giant ray of light engulfed everyone who had impure thoughts. Even those too, who had pure thoughts but supported the worshipping kingdoms, were decimated by the purge. Only the laymen, the farmers, the small settlements, and their leaders, were left, as they didn't have a stake in a war that didn't concern them.

Skip forward a few hundred years, the 13 no longer watch over this world, the delegates, excommunicated, have gone into hiding and nobody knows where they are. Now, talks of the 13 are greeted with either words of heresy or just mocked. Nobody has seen or heard from these beings in centuries. Civilizations are sprouting back up, but the ruins of a life long passed still remain, large cities that were once giant metropolis' now lie in ruin, decayed by the hands of time, but so many treasures and mysteries still lay within them.

You play a boy who loses everything he's ever known, and decides it's his goal to find out why it happened, and to set things right.
So if any of this interests you, please, inquire below or PM Me. Again, don't expect this game to be out tomorrow, or even in 6 months. This will take a while with the rate we're working on it. That's okay to us, I hope it's okay to you as well 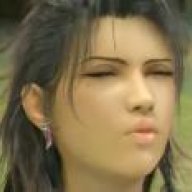 Hi! I am a part of a guild of composers, and I have one who would be willing to work on your project! I would simply like a bit more information about the game, and where it is in development, etc.

Hey there, thanks for contacting me.

The development has been kept very close to home in terms of on a who needs to know basis, but i'm comfortable saying that about maybe a fifth of the game is close to completion. I'd say "Complete", but that would mean I could release it as a demo, and I really can't. I am not beta testing at all right now, so any bugs that are found are found by me and my very small team.

In terms of what I can give a composer, I can give them parts of a story and maybe a setting via mapping or (If I had an artist) scenery concepts for later on in the game. There's a few powerful scenes that I really need tackled by a talented musician, however I should say this. I'm not looking for an 8bit arcade-y feel when it comes to the music. The reason of that is more personal preference, a lot of the strong scenes in the game I feel would be best tackled with a piano or violin, strings etc. When I hear 8bit music, they rarely portray that kind of feel very well. I don't mind if the instruments are virtual or played live, but I just don't feel the 8bit music fits very well.

The game isn't always serious, but it's not a comedic/sarcastic/humor type game either. It has it's moments, sure, but it for the most part is meant to be taken seriously.

I don't know what else to say about my game without ruining too much. Well, even if I wanted to ruin it, I don't know what else to say, haha! I gave a decent synopsis, the battle system will be side view, the tone is normal - serious, and the game will be a long time in development. Each of us on the team (Currently 3) have real life jobs and work at an average pace on the project, that's why I don't require more than 1 piece of work every two weeks, because I myself may not be able to provide many working days in a 2 week period, due to my work schedule.

Hope this answers any questions you may have, any more, please feel free to PM Me. 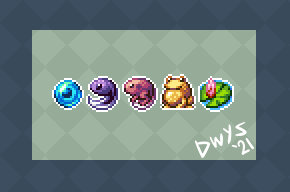