Looking for ideas for a before-and-after benchmark test before upgrading nw.js

EDIT: (tl;dr: I'm stress-testing RMMV, so what are some commonly used functions/event commands that seem to use a lot of resources and slow things down?)

I'm getting ready to upgrade my MV installation with a newer version of nw.js (as per this post). But before I do, I'd really like to do a "before and after" comparison, based on FPS rates, so I can get a somewhat accurate and measurable indication of how much the upgrade actually helped. A lot of people report that the upgrade helped a lot (like a lot lot), but I'd like some actual numbers.

The general idea is that I create a map that gradual becomes more and more of a resource hog. As that is happening, I constantly check the framerate, and whenever it drops below 30, I record a log of exactly at what point that happened and then start over again. I do this 100 times and then average the results together.

Here's what I have so far: I'm using Galv's Event Spawner to gradually spawn in events into a blank map. The event that is spawned in is just a dragon that flies around randomly, but it's a parallel process that is also doing some math and checking a conditional branch, like:

and it just does this over and over. Obviously, as each new event is spawned in, it becomes a heavier load on the game. Whenever enough dragons are spawned in that it causes the FPS to drop below 30, the player is transferred to another map, which logs the number of events that were spawned in, and then transfers the player back to the testing map. This happens 100 times, and then you are given an average of how many events were spawned in per cycle.

Currently, for me, I'm averaging about 170 events spawned in before my frame rate drops below 30. Of course, it will be different for different computers, which is kind of the point. I want to create a test that others can use before they upgrade so that they can see how much of a difference it makes on their own systems.

I feel like this method would probably give users a pretty good idea of how much of a performance increase they are getting after the upgrade, but the problem is that it's completely based on the number of visible, active events that are on the map at once. And, yes, those events are moving around, and doing some math and conditional checks, but I don't think that those things are very intensive.

What are some other, more greedy event commands I should check? Any advice would be greatly appreciated. Thanks.
Last edited: Oct 12, 2021 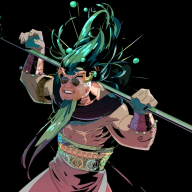 Did you ever end up doing those comparison tests?

Frostorm said:
Did you ever end up doing those comparison tests?
Click to expand...