Looking to update, not sure which one to choose 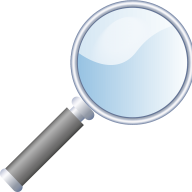 I'm still shopping around, but I may actually update my RPG Maker to another model. There are a few things I don't like about the newer RPG Maker models, but I got interested when I found out that MV has support for converting game files to files that can be played on Android devices. That means I could transfer finished games to the Play Store, doesn't it?

I'm still a novice game maker, though, and I'm still obsessed with making a decent Pokemon clone. Should I update? If so, to what? I've heard there's a problem with tiling in some of the newer makers, and I don't really know how much benefit I would get from updating. I'm still a long way away from developing a truly unique and playable game.

Here's what I've been looking for:

A way to make a quick interesting game without knowing coding, but a way to learn coding, too.
Something that will allow me to transfer what I make to mobile devices

There are so many things wrong with your statement. You say:

KB said:
I'm still a long way away from developing a truly unique and playable game.
Click to expand...

I'm sorry, but those are contradictory statements. You can't make a 'clone' of a game while calling it 'unique'. I mean seriously, what's stopping someone from just playing one of the many legit, well done pokemon games instead of playing your game? Do you really think you can make a better Pokemon game than one of the original games? Made by an entire team of talented programmers, artists, music composers & script/scenario writers? Backed by a huge budget? That's a tall order that's 95% guaranteed to fail. You'd be better working on a small, 'original' game. One that you might be able to sell for $5-10 on Steam.

We've had a bunch of amateurs think they could make a quick buck by making cheap, low effort games & putting them on Steam, only for players to get disappointed to the point where RPG Maker got a bad reputation on the internet. Now, there's a stigma on games made with RPG Maker.

Anyway, there something you mentioned that you should clarify.

KB said:
There are a few things I don't like about the newer RPG Maker models,
Click to expand...

Exactly what about the newer models didn't you like. Or for that matter, which version are you currently using? RM2000? RM2003? XP? VX? VX Ace?


KB said:
I got interested when I found out that MV has support for converting game files to files that can be played on Android devices. That means I could transfer finished games to the Play Store, doesn't it?
Click to expand...

Here's the bad news. While MV & MZ can port to Android/Mobile, it's not as easy as you might've heard. While MV was supposed to stand for Mobile Version, porting a game to mobile requires jumping through a lot more complicated hoops than deploying a game to PC. I've never tried it but I just heard that there's a lot more extra steps involved before you can deploy your game into the mobile format. I'm sure someone else who's more familiar with the process can help you with that.


KB said:
but a way to learn coding, too.
Click to expand...

As for that, there a section here on the forums for learning to write your own plugins in JavaScript (if you decide to upgrade to MV/MZ) Learning JavaScript

As for whether to upgrade or not, I highly recommend it. MZ has a few improvements over MV, and both engines can port to mobile. They also support HD resolution which is a dramatic improvement over the resolution from VX Ace & earlier. Also, the plugin library for MV & MZ is way more vast & there's more options than what you'll find for VX Ace or XP. MZ even brought back XP's multi-layer mapping.
Last edited: Jul 29, 2021

Animebryan said:
There are so many things wrong with your statement. You say:
Click to expand...

Okay, I guess maybe a "unique clone" is kind of contradictory, but I guess I mean I want it to be unique in terms of it being all mine and maybe unique to the genre in which it would be classified. It doesn't mean it wouldn't have unique elements that I haven't really thought of yet, though. I would only be attempting to make a clone, or a game inspired by another game that tries to recreate some of the elements of that game, because I love the monster-collecting genre. Nexomon started off as essentially a Pokemon clone with a better story, and it's doing pretty well, even came to the Switch. Undertale's creator was inspired by Earthbound, and that didn't lead to a cheap poorly made game that people hated to play by any means. If I were passionate about another kind of game, I suppose I would work on that.

I guess I kind of understand what you mean, and I'll admit there are a lot of monster catcher games that seem to take inspiration from Pokemon, so I guess my game would have to find other ways to stand out, but as far as developing a COMPLETELY unique game, not inspired by anything, I don't really know if that's possible, and if it is, it may not be practical. I know the kinds of games I like to play, and well-made Pokemon-like games definitely get my attention. I don't know if my intended audience feels the same way, though, this is true. I also don't know if I could make a well-made Pokemon-like game right now, but maybe it's worth a try.

Also, the version I currently have is XP. I got it to run Pokemon Essentials and create fan games to showcase on special interest forums, but that was before Nintendo made it pretty clear they didn't like that sort of thing. There are companies that ignore and sometimes even actively encourage fangame making, but Nintendo isn't one of them, (unless maybe it's Mario; there was Mario Maker which was licensed by Nintendo and allowed people to make and publish their own levels and there were also the kaizo Mario hacks, which Nintendo said nothing about). Lesson learned, though. If a fan game gets popular, the company that owns the IP can tell you to take it down, but if a clone gets popular, they can't do that. Clones are better than fan games; they're technically your own IP, but if built right, they have parts, such as game mechanics, fairly similar to the inspiration game.

If MZ has the option for mobile porting, too, I may opt for that one. I don't know if I'll ever create something I feel comfortable submitting to the Play Store, but it's nice to have the option, good motivation to create, at least for me.
Last edited: Jul 29, 2021

I've moved this thread to Product Discussion & Support. Thank you.