What did you put in the script call?

Are you using VX and not Ace?

Just thought I'd bump this OLD thing up. My tints can be used for both makers ( I hardly think there's a difference to the event call ). if you guys need help with anything mapping related, I'm always on hand.

I love you...okay maybe that's a bit much but one of the first things I thought about when starting my first commercial project was, "I want to give the illusion that this game behaves like real life and that means cloud shadows!"  now a month into it with my team I can start looking for tutorials like this one and it's absolutely fantastic.  Currently my screen turns black with he script but I'l figure that out.  If I can do what you have in the images I'll be happy.  Especially if the cloud shadows move.  This is awesome, thank you!  I really want to make my maps beautiful and fun and I'm currently figuring that out, I'm relatively new to RPG Maker VX Ace (I've had it for 3 month but in those 3 months I've likely put 400 hours or more in.  Especially since starting my commercial project.)  If you ever want to talk about each other's projects (as I see you have one coming out after 2 and a half years wow) I'd be more than happy to talk.  Maybe I can get some advice on maps since I just started learning today how to parallax map.

edit: okay so this works on all my regular maps but the one that I have parralaxed it doesn't...?  This stink because I plan on replacing all nature maps with parralax and some of the towns

edit edit:  I believe it was an issue with both of the scripts acting as overlays, it's still not working but I just asked a friend of mine to take a look at it so it should be solved later in the week.  My problem now is that the clouds start to move at the beginning of the game (which opens up with dialogue) but as the dialogue ends the clouds stop moving.  I don't have any events that would effect it I don't think so I don't know what the issue is.
Last edited by a moderator: Jul 31, 2013

@Storyboy: That script is for VX, not Ace, if you're using that maker.

Yeah don't I feel dumb haha, well I'm having someone work on the script to make it work with Ace and the other scripts I use.

There are other scripts already out you can use in place of the VX ones on Ace.

and I got lazy of having to put the tint commands into the events on the map each time so I just made them common events.

Yeah I just did that too haha 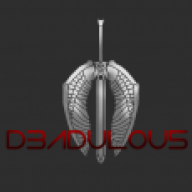 For those of you who would like to know how I do the evening glowing lighting effects, all you need is Photoshop 7 or higher, a script that keeps the image overlay in place and one that takes a screen of your whole map ( I just use the Snipping Tool ).

- After you've brought your image into PS, make a new layer ( call it Lights or something ), and using the selection/lasso tool, highlight the areas you want lit for you evening maps.

- Fill it with a light/pale yellow, then go to Blending Options/Layer Styles and select the Outer Glow option. Keep it subtle, since you're going to use a soft brush with a low opacity to create more lit areas ( like where the light is falling, whether it is onto walls or objects etc. ).

- Delete your original map layer, save the image as a PNG and you're done. =)

The tint I used in the below map was:

This is a bit dark, but it's a rainy evening as well. Can't be seen though. Look at AK47's tut on how to achieve realistic rain. =) VX's default is horrible.

( You have NO idea how important tints are. They make an ENORMOUS difference to your maps. Quite possibly the simplest ( and may I say it ) most overlooked function. That's why I dedicated this entire tutorial to it. )

@Dark:  Yeah, change is good. But I suppose most of you will still know me as Luchi or Lu-chan. XD

General_Liangale said:
@Dark:  Yeah, change is good. But I suppose most of you will still know me as Luchi or Lu-chan. XD
Click to expand...

That's true. You will always be Luchi for me though haha. Good thing that I can still recognize you because of your project banners

Oh, and thanks a lot for explaining the glows! I'm trying my best to add my own light and glow effects now and I'm fairly satisfied (They are far from as good as yours though).

Also, thanks a lot for sharing this! It has saved me lots of unwanted crashes, weird tints, and complaints about lag on lower-end PCs! so THANKS!

It all comes with practice. And I'm glad i could help out. =) My next tutorial will probably focus on worldbuilding.
Last edited by a moderator: Nov 20, 2013

I look forward to future tutorials

Thanks so much for this tutorial

I used the edited fog script from Ace http://forums.rpgmakerweb.com/index.php?/topic/514-woratana-multiple-fogs-for-ace/ and works great
Last edited by a moderator: Jan 23, 2014

Oi, where's the world building tut I promised? XD It will come soon, I promise. I think I've covered most basic lighting effects in this tutorial for now. 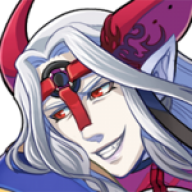 The time has come! Go, my fell legion! Show these fools what it means to truly have power to be feared! Let the people's desperate cries fill the air!

Luchino, can I just say that one of the reasons I love your maps is because of your fogs and lighting. I'm really terrible at those, so hopefully by reading this I'll get a bit better

Just wondering how you choose the tint settings. Is that mainly trial and error?

Wah! A bigfoot has trotted on Luchino's land! We can stop this!

-tosses one Loveball at it-

Ninjakillzu
I should make an itch.io page one of these days...Maybe for my next large update.
Today at 1:32 AM •••

Starbird_Resources
whoops, forgot to get started with Advent posts! coming shortly!
Today at 12:31 AM •••

Featherbrain
Another demo of the dynamic cloud cover system, this time complete with the original soundtrack composition (which sounds even goofier at this 2x playback speed). Much left to tweak but I like it so far.
Yesterday at 10:44 PM •••

BK-tdm
And now, some custom emotions to give the character life...