Resurrection Games said:
I'm using the Luna Case Files in my project in MZ, followed the instructions for items with <LNCFile> in notebox, and add items to player inventory, but when I call the scene with LunaCaseFiles.gotoCaseFileScene() it just shows the scene, with Case Files in the upper left, but none of the case file items I created, and they are in my players inventory, I double checked.

Hi we made a small update to this because the item descriptions in the editor are too short.

It should work if you use the tag

In the notebox. I will make an update with this change in parameters by the end of the day. 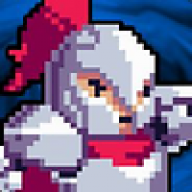 Yeah that worked! Thank you!

Glad to be of service!

The Luna QPlugins link is broken.

Will update that soon, the link in the main post correct? @Resurrection Games which one? As I get a zip when clicking on the link for the QPlugins.

Kino said:
Will update that soon, the link in the main post correct? @Resurrection Games which one? As I get a zip when clicking on the link for the QPlugins.
Click to expand...

Posted about this on itch.io but I figure I'll mention it here too for visibility - the mouse system plugin seems to read incorrectly for me when I'm running the game in fullscreen. The custom graphic is like, a couple hundred pixels down and to the right of where there real cursor is, resulting in some pretty funky issues.

There seems to be a weird bug with the QMap Editor, with regards to adding sprites.
Adding the spritesheet as an object: 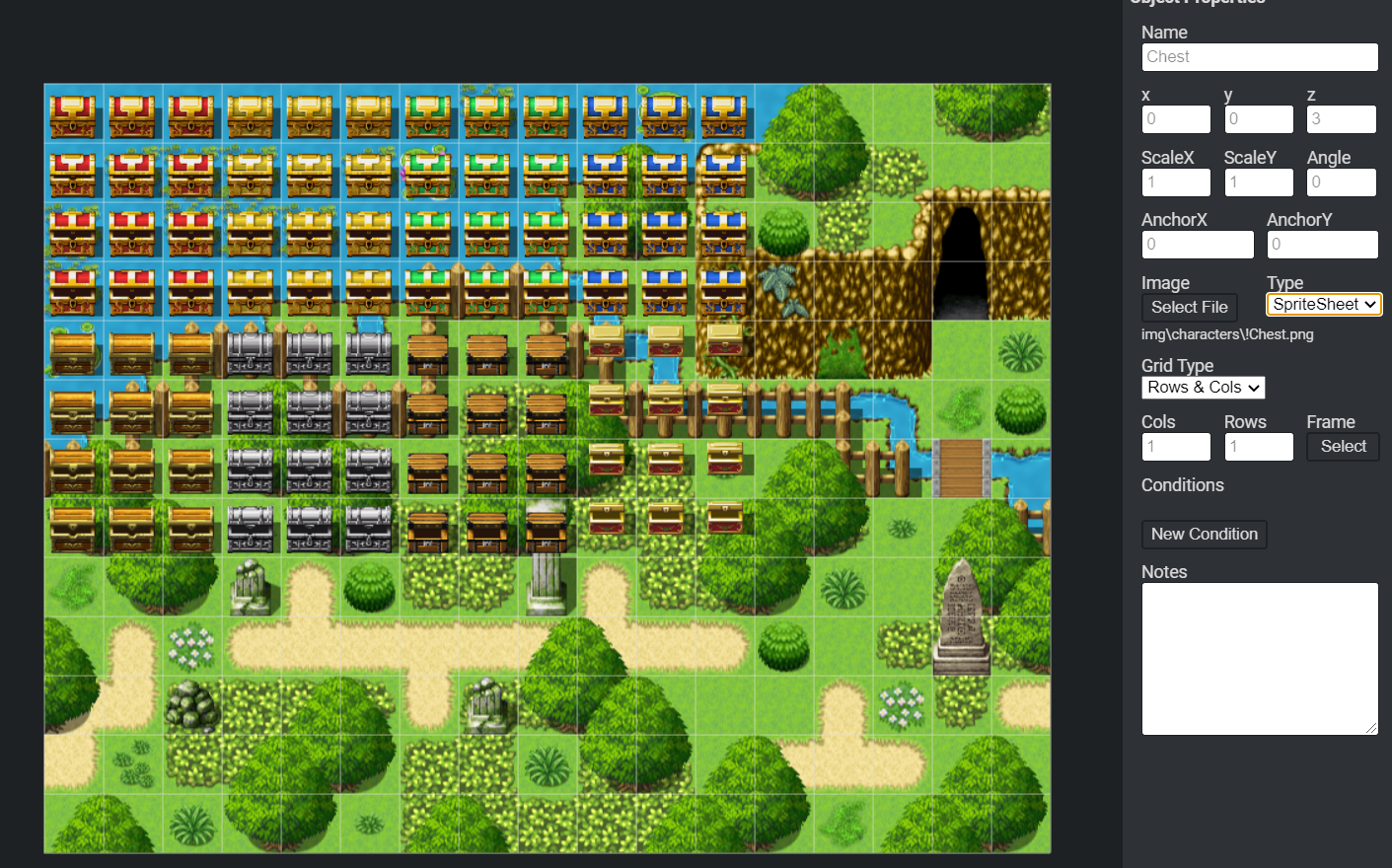 Setting the number of rows/columns: 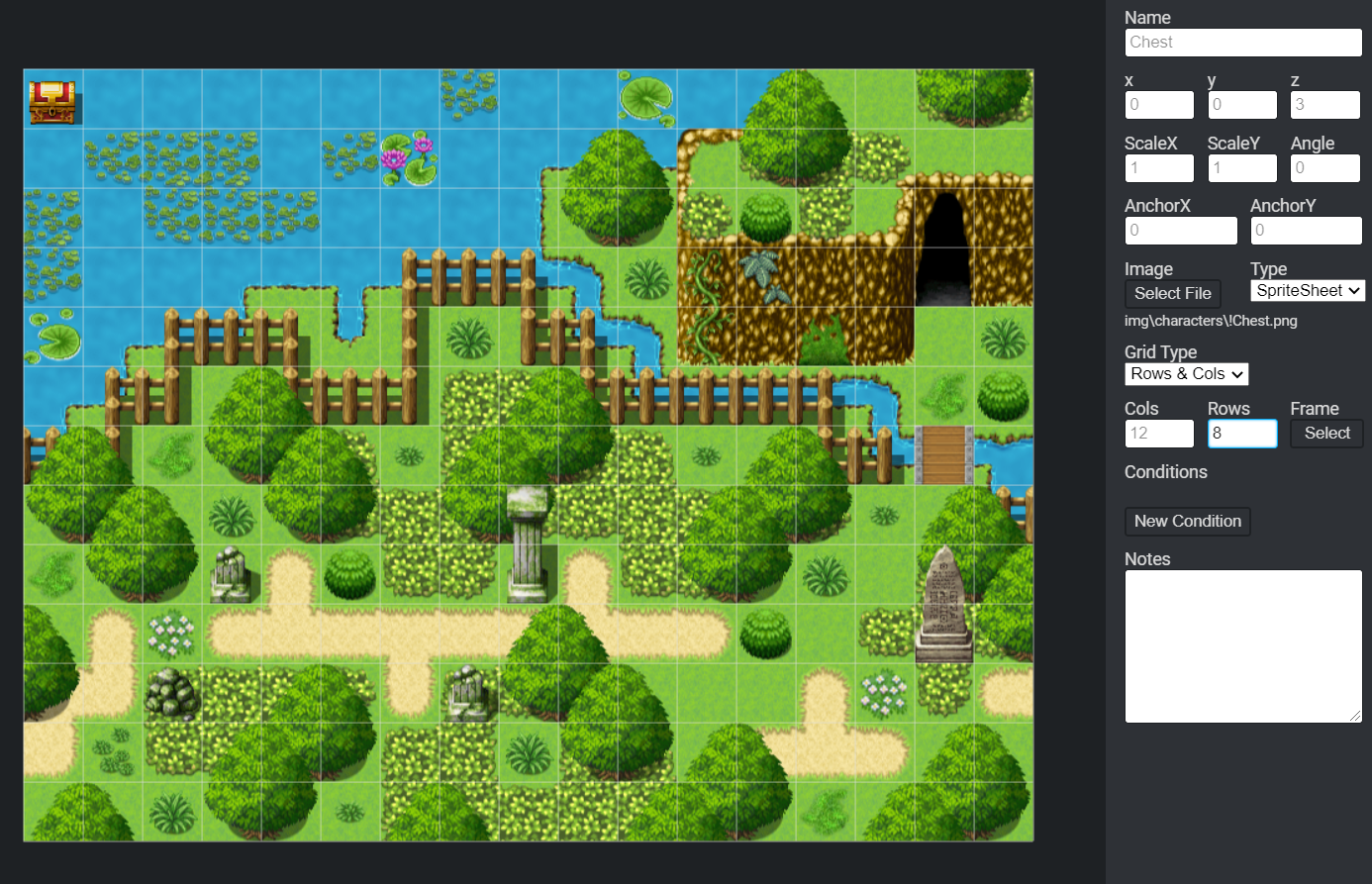 What the selector shows: 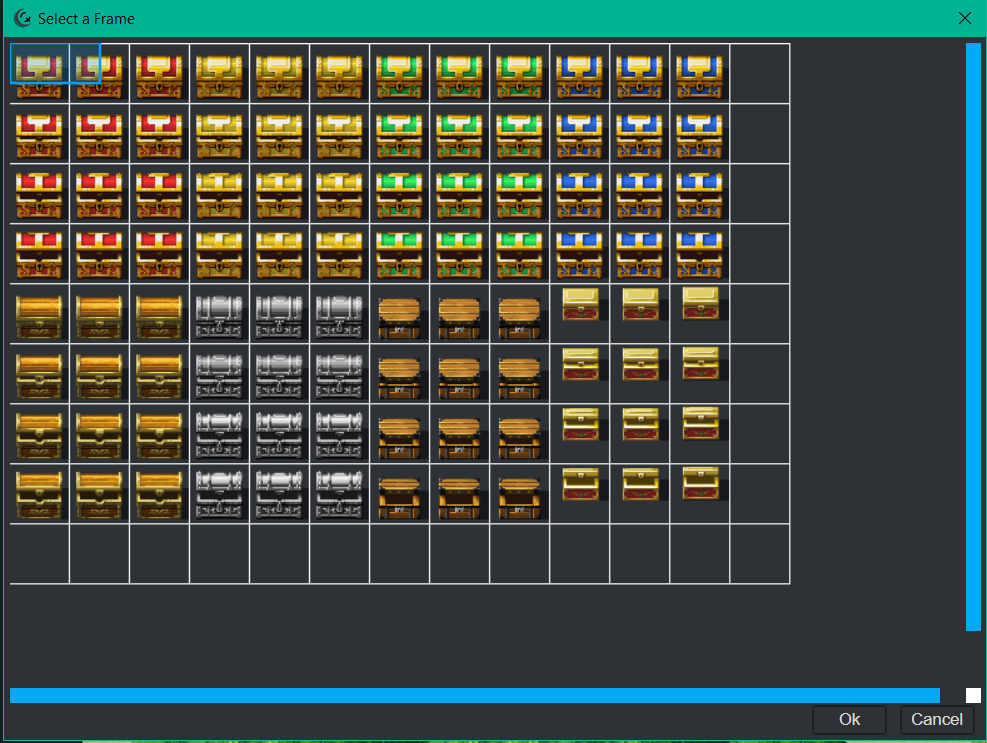 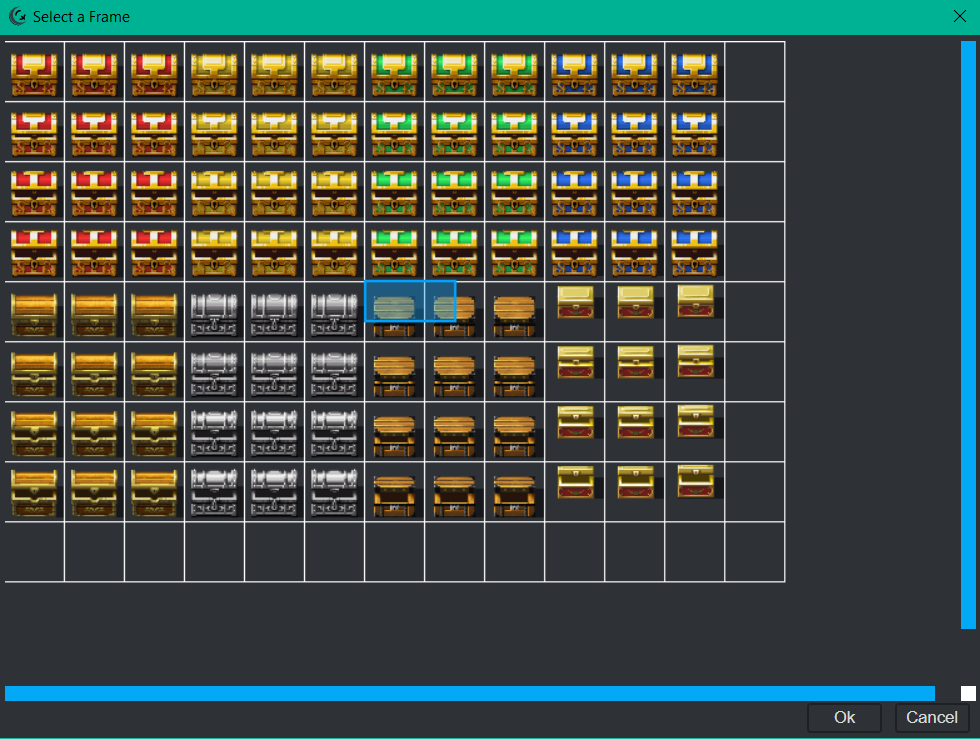 After clicking "Ok", the graphic of the object doesn't change, it's still the sprite from the top left of the sheet.
Full and animated objects work just fine, it's just sprites that have this behavior.
(I also noticed that animated things seem to animate too quickly - both the animated water tiles and animated objects in the editor. Though this could also be a bug caused by my hardware rather than the editor, because at least at one point I saw it animating at the correct speed.)

The speed of that fire object is 15, the default speed value.
EDIT:
Looks like using a tileset image as a "spritesheet" and setting the columns/rows to 16 works as expected with the selector, interestingly. Although clicking "ok" on any of the other "sprites" still doesn't switch it off of the top left object. 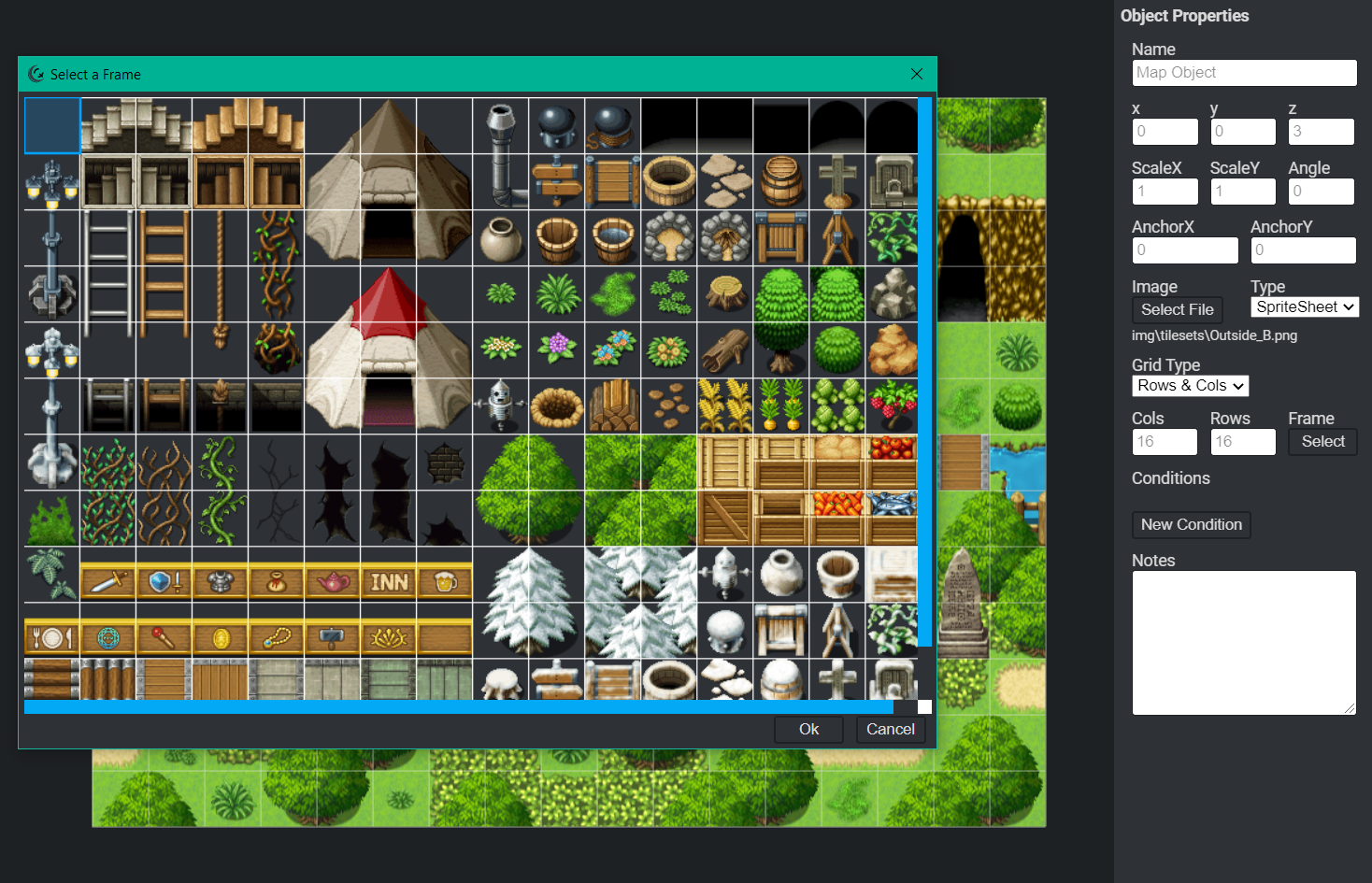 Any update on the broken q plugin link? have had the same problem as res for a while.

Edit:
Err, had to create a github account, apparently it 404s unless you're logged in so I guess it's private or something.

Edit 2:
In the production zip folder downloaded there are only three plugins (the same 3 for mz and mv) but more than 3 listed, are the others somewhere else? xD 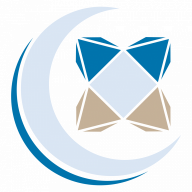 Hey @Riazey @Sleepy Kitten Games @MinjoMaster , will take a look at this and get back to you to handle the issues.

I think I've also discovered another consistent graphical glitch of some kind with the QMap Editor, this time to do with rendering the tiles as they appear in MZ.
This is how the first map in the map hierarchy (map #001) looks directly in the MZ editor: 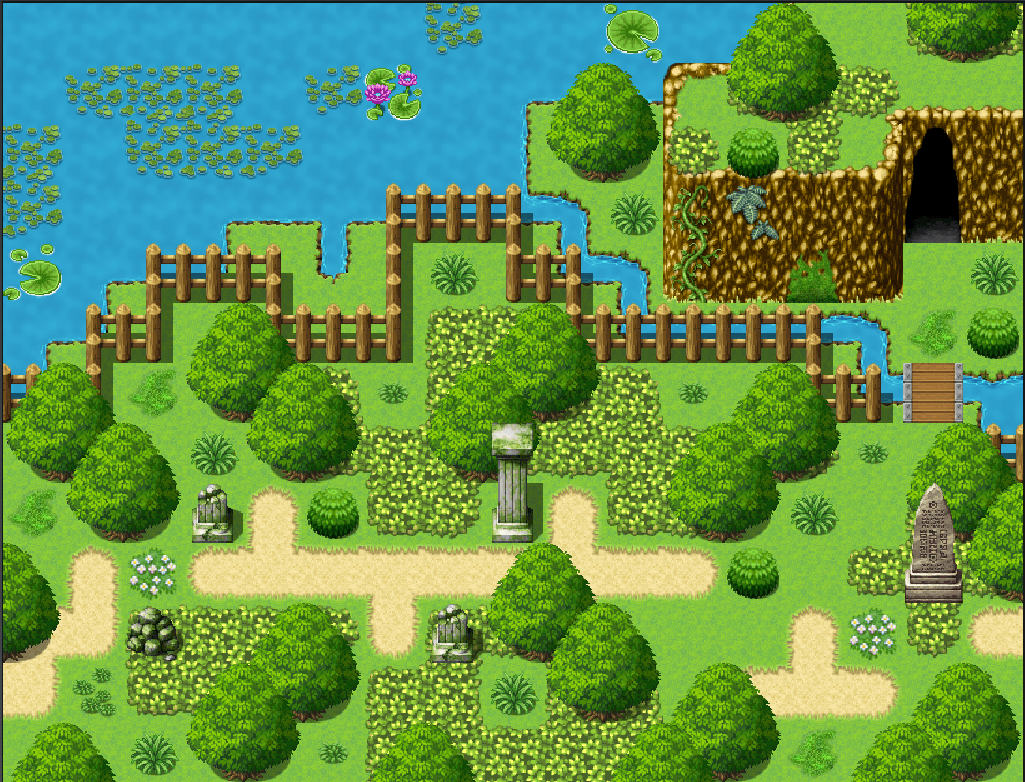 As expected, this is how it looks in the QMap Editor: 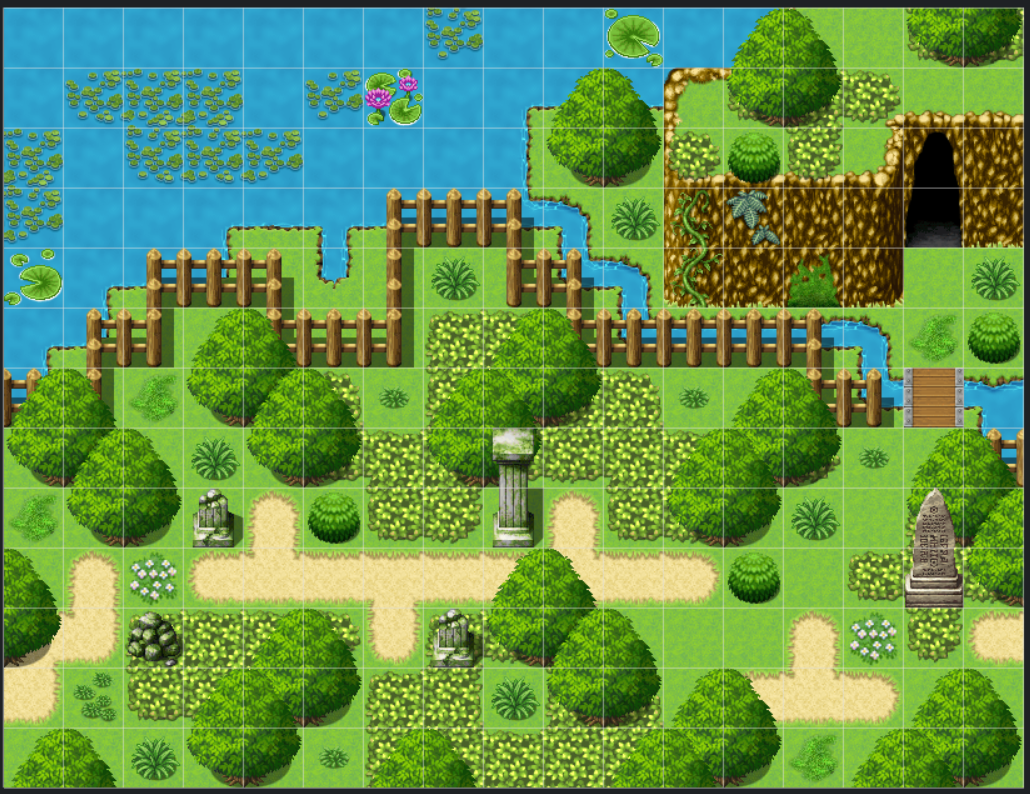 However, for other maps, it completely breaks. This happens with other maps using the MZ RTP as well as other maps using different tilesets. I've also noticed that switching between maps changes how the QMap Editor renders the maps.
This map also uses the MZ RTP: 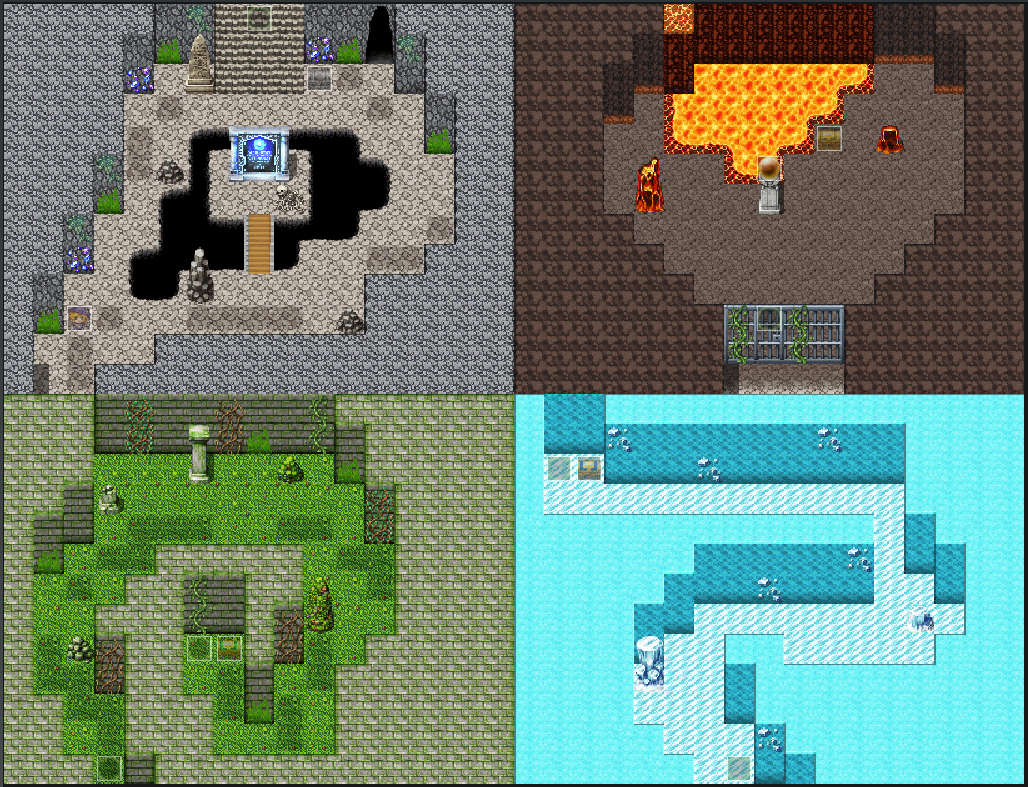 But in the QMap Editor, it instead looks like this: 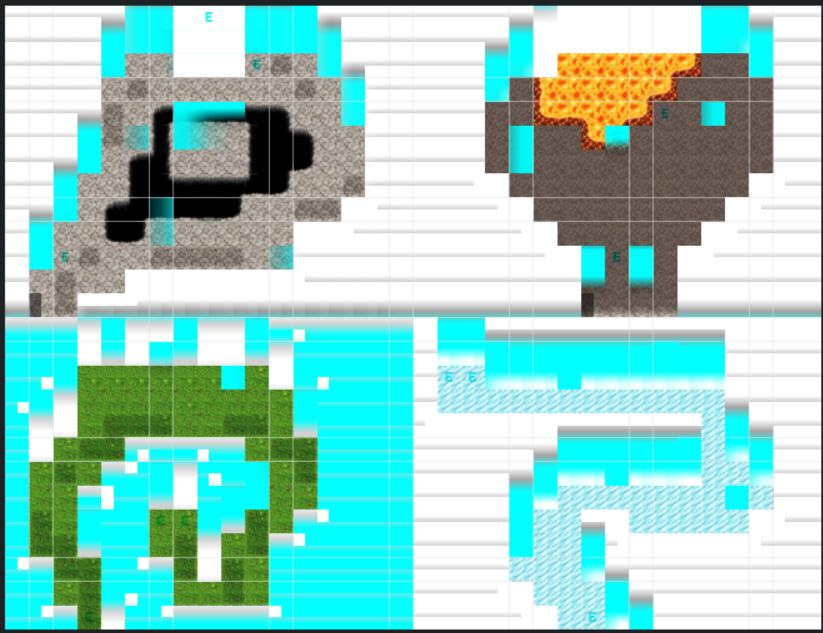 As for switching between maps changing the rendering, here's how one map looks in the MZ editor: 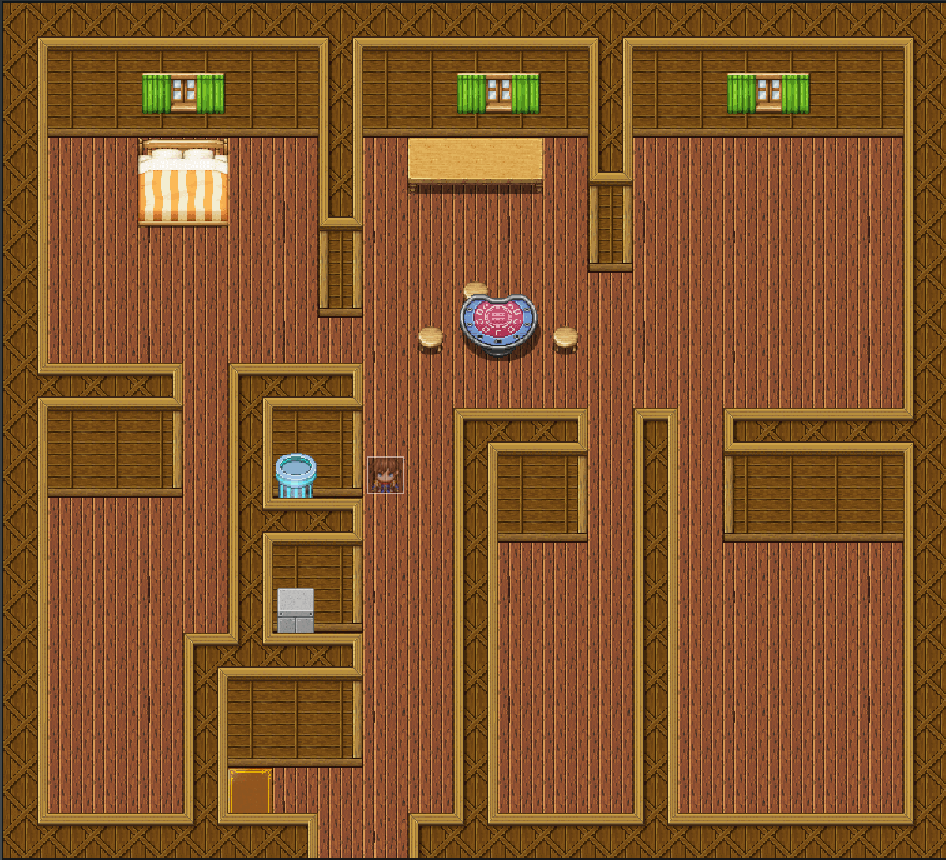 If I click on a map that's 100% QMap objects (nothing in the MZ editor) that use the graphics included in the VisuStella plugin sample project, and then back onto this map, this is what it shows: 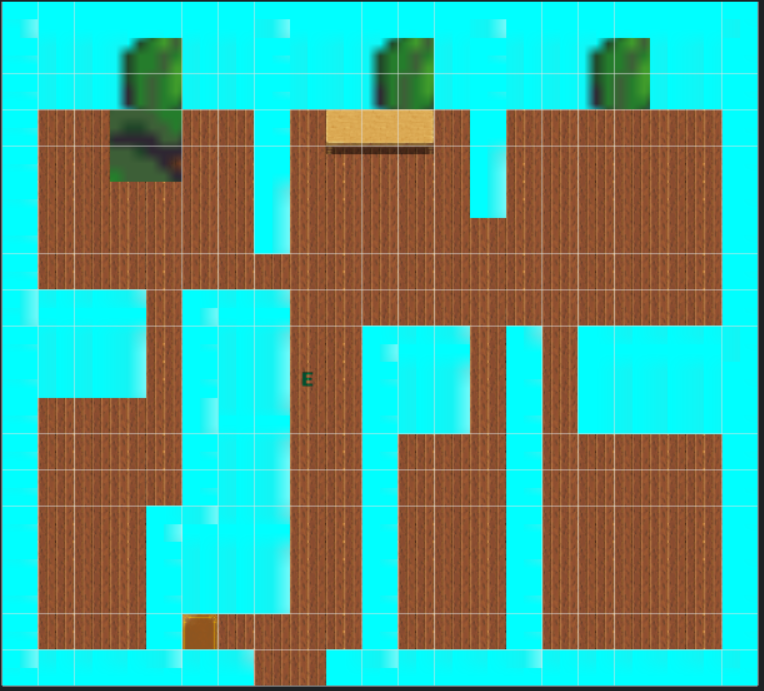 If I switch back to the first map I showed (the one that renders exactly what the map looks like in the editor) and back to this one, now it looks like this in the QMap Editor: 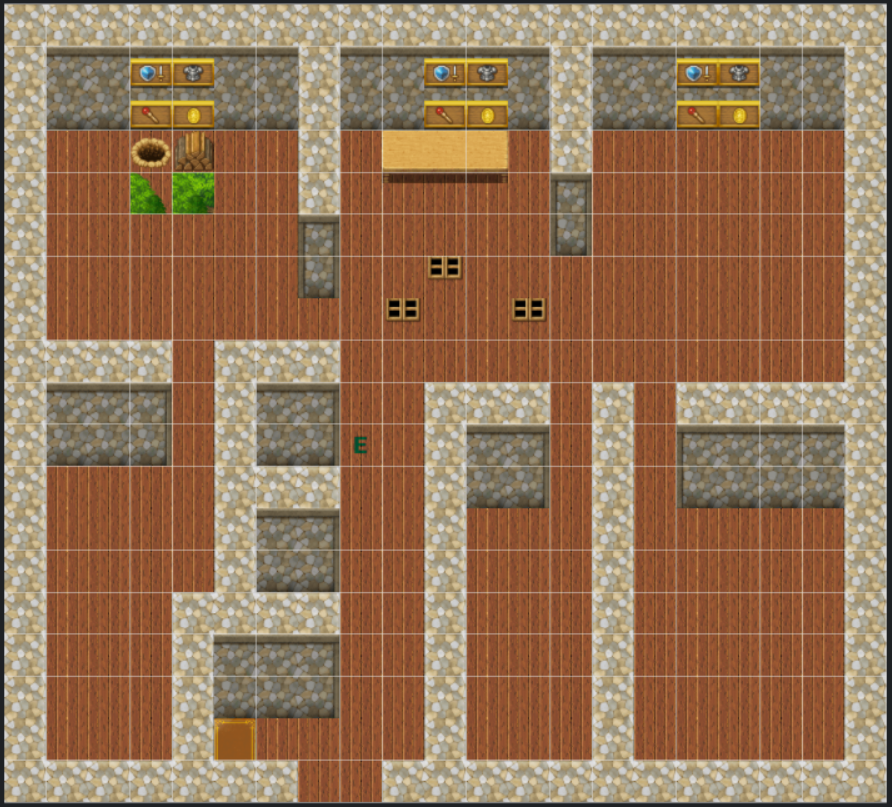 (Sometimes, I've noticed that if I stay on that map for a few seconds, the map changes from this to the one below.)
Then, after I grabbed the screenshot, uploaded it to imgur, and pasted the link into here, going back shows that it looks like this: 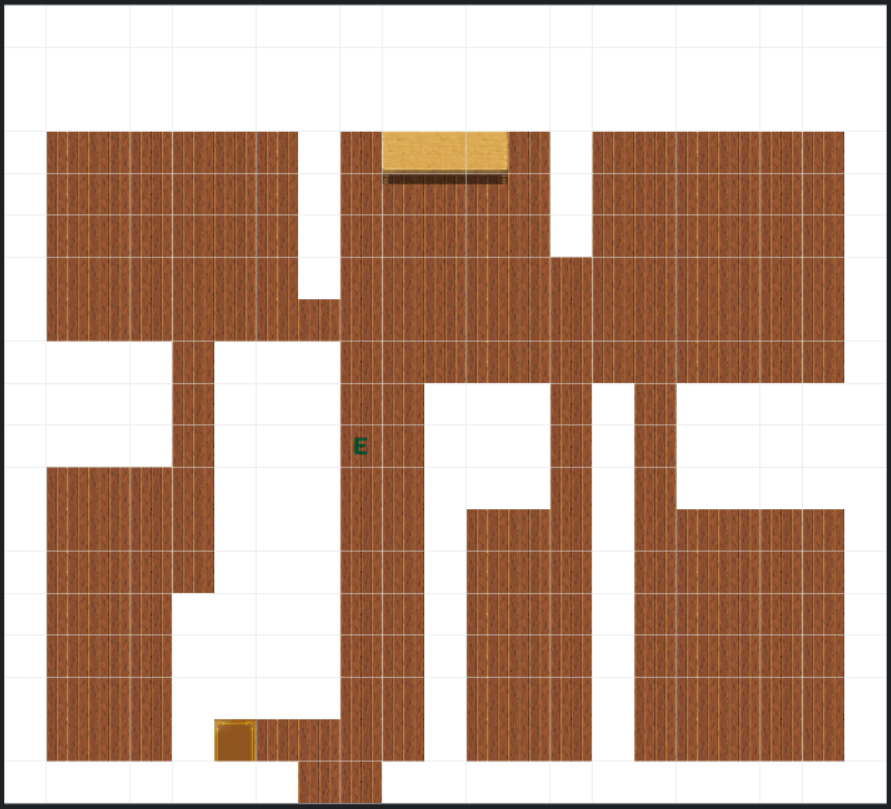 Can you add a setting to the plugin to change the words, "Case Files" in the Luna Case Files plugin?

So I went to open the Luna QMap Editor and was greeted with this.... 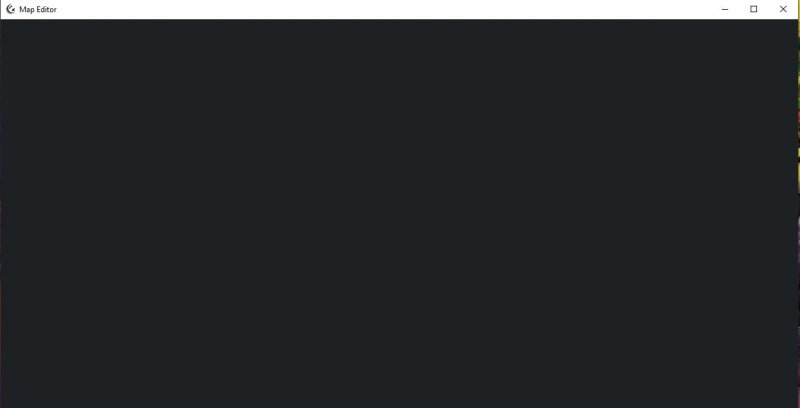 Am I missing something? Both the standalone and install version of 4.3 and 4.2 give me this. I had to go all the way back to 4.1.1 to get a load option.

Resurrection Games said:
Can you add a setting to the plugin to change the words, "Case Files" in the Luna Case Files plugin?

It's been added and updated to include a text title option for the scene.
Last edited: Dec 27, 2020 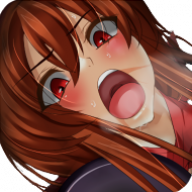 Hello! Appreciate the work that you guys are doing, especially in regards to QABS and the other Q plugins. I made a thread regarding addition of wind-up animations in QABS but am now wondering if it might be best to ask it here.

Please let me know if that's alright and if you have any insights into these issues I'm having (which I describe in the thread). 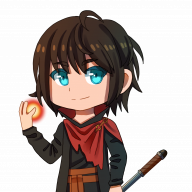 @Riazey @ImaginaryVillain @Sleepy Kitten Games About QPlugins, I had to take a break recently due to mental health and since I'm the one whom started the project, things just kind of gridned to a halt. I'm starting to get back iinto the daily grind and I should have some updates for everyone within a week or so, stay tuned and thanks for all the patience and great bug reporting. 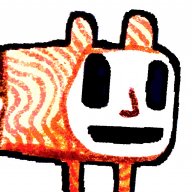