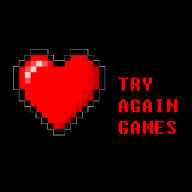 You will play as a Mage who has been imprisoned since childhood. You are freed by the King and sent on a quest of dire importance. Over the course of your quest, you will be joined by a cast of supporting characters that aid you in battle. Each character will represent a different class. Each class has specific status strengths, and learns Skills and uses weapons and armors unique to the class. This is a very brief rundown of the classes in the game:

Among the Believers, there are some born with the ability to practice magic and cast spells. These special Believers, if caught using magic, are branded as Mages. Mages are treated as enemies of the Kingdom, without regard for their actions or deeds. They are arrested upon being discovered, and some are later executed.

Since magic is thought to be fairly new in the Kingdom, it is feared. The Non-Believers have had the support of the crown since magic emerged in the Isles. In a dangerous time, however, some of the Non-Believers are willing to suspend their prejudice. They hope that a Mage might save them from a mysterious evil.

One such Mage (the player) is set free and brought before the King. The King asks the Mage to investigate the source of the evil monsters that have started roaming the Isles recently. Soon after, in the course of the quest, the Mage discovers a sinister plot to destroy the Kingdom and is tasked with stopping the evildoers.
SECTION D: SETTING/WORLD DEVELOPMENT

Mage: Kingdom Divide takes place in a land simply known as The Kingdom of the Isles. The Kingdom consists of four primary islands, each with its own climate and ways of life. The four islands are:
The far history of the Kingdom is shrouded in mystery to most, even the royalty. All that is known for certain is that in recent times, magic emerged in the Isles.

Over a short period of time, many people have come to resent magic and its destructive force, but still others feel that magic is a natural part of the world and has merits. This divide in belief has largely caused the Kingdom of the Isles' society to be at odds with itself, pitting the Believers (those who favor magic) against the Non-Believers.
ALPHA DEMO DOWNLOAD LINK

So the last couple of weeks have been very busy at Try Again Games. Below are some highlights of what we've been up to lately.

Check back here for more updates in the near future, and please click the links below so you can follow us on the social media of your choice (or both if you're an especially social person)!