Making a calculator(and using it for an elevator?) 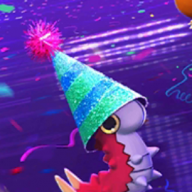 Hi everyone! So...this might be a weird one. I don't even know if it's possible, but it's an idea I had and I thought it would be fun if I could get it to work.
It's as the title reads, I want to make a working calculator, and be able to have it function for an elevator mechanic!

So for example, the player will get into an elevator. Rather than simply press the button for the floor they want to go on, they will have to choose 2 numbers and add or subtract them to get the desired floor result. (EX: pressing '2' '+' '3' will take the player to the 5th floor! The same would occur if you pressed things like 4+1, 7-2, etc etc )

In my head, this would be accomplished by showing a picture of the calculator in place where the elevator buttons would be. The player would then get the option in the textbox for the operation they want to perform.

I imagine this would either be by typing the operation into predetermined slots, (EX: There'd be 3 blank spaces like you'd see in Hangman or something, with the player inputting the first number into the first slot, a plus or minus symbol into the second, and then the third number into the third slot)
or maybe by asking the player if they'd like to add or subtract, and then which two numbers they'd like to do that with.
(Negative numbers would either just result in a do-over or be treated as positive numbers. So like -6 would just be treated as 6.)

The thing is...I have no idea how to go about any of this. :') I still consider myself pretty much a newbie to RPGMaker, and I also don't have experience with making my own stuff in terms of custom scripts/plugins/etc. Would there be any way to program this? Is there a plugin that help me accomplish something similar?

It's not completely crucial to the project so if I have to forgo it then so be it, but if it's possible and I can do it, then I'd really really like to implement it as I think it'd add a fair share of flair to the project! I'm also using RPGMaker MV and I'm not opposed to using plugins if necessary! (I just don't know how to make my own, in case the wording of it was confusing earlier). Thank you for any and all help you are able to provide!

You can do all of this with eventing, 2 variables and showing choices it would be a little more slow compared to the direct input approach but i dont know of any plugins for this use sadly.

On another note, any reason to make an elevator so annoying to use?

BK-tdm said:
You can do all of this with eventing, 2 variables and showing choices it would be a little more slow compared to the direct input approach but i dont know of any plugins for this use sadly.
Click to expand...

Yanfly's Picture Common Events could be used to make an interface for this (I think Galv made something similar, but I might be misremembering).

BK-tdm said:
On another note, any reason to make an elevator so annoying to use?
Click to expand...

This. Is it an educational game?

BK-tdm said:
You can do all of this with eventing, 2 variables and showing choices it would be a little more slow compared to the direct input approach but i dont know of any plugins for this use sadly.

On another note, any reason to make an elevator so annoying to use?
Click to expand...

I just think it'll be fun to have the player stop and think for a moment before deciding what floor they want to go to! Just a fun little quirk and something different, y'know?

Do you have any advice for how I would event this, such as what the variables would have to be and how it would compute to the proper end results?

event iself:
>select first number: show choices with corresponding numbers (you would have to 2 page it or add an extended choices plugin) save to var1
>ditto above but save to var 2
>select operation (+/-)do the oparation with the variables.
do conditional branches depending on the number results and the teleport.

On the topic again, if i had to do this on an elevator i have to use several times (5+) i would chalk it to bad design, sorry but i cant think how playing maths with an elevator would add to the "fun", if it was a locked elevator or door that needed a puzzle to solve and activate it, yeah i get it, puzzle solving and clue gathering, but just to operate it? if i had to solve a math puzzle everytime i had to use the elevator in pokemon/metal gear solid/resident evil i would've bailed from the game at the third time.

Ellenor
Rendering the intro for the 4 time today, everytime it finished I noticed something that I found off and had to fix it and render it all over again...
Would not be so bad if it was not for my PC having the speed of a slug.
55 minutes ago •••