RMMV Making a plugin dependent on an existing plugin(s); what considerations should one make?

There's a lot of useful code already written, so it makes sense to utilize it.

BUT, then you need to worry about the license, the credit, the potential that a change in the existing plugin will break your plugin for some people. And, if you are indeed releasing your plugins, there's the fact that the users need to go and download all of these other files. And if you want to circumvent that and package them, you need to go to every other developer and ask permission.

On the other hand, if you do not utilize pre-existing code that does exactly what you want, then you'd need to rewrite that functionality. Should you peek at the other developer's code and get a general idea, then rewrite it in your own way? I mean, it's questionable but I suppose you could.

What do plugin developers think about this?

Personally, I'm erring on the side of saving my own time, and that means that the user of my plugins will have to deal with the drawbacks. But, also, if a plugin changes and breaks my plugin, then I'll need to revisit the code I wrote x period of time ago, and re-understand it. 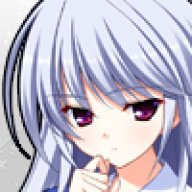 My take on this is that you should aim to only make your code dependent on other plugins if you're *extending* that plugin, or you're consuming another developer's core/base library, but in that case, it's a hard dependency and you're going to have to maintain your changes for whatever version of the library you want to support anyways.
You must log in or register to reply here.
Share:
Facebook Twitter Reddit Pinterest Tumblr WhatsApp Email Link

DaveTheArakin
A part of me wants to return back to the beginning and first two chapters and remake them with parallax map. But I have decided not to. Every chapter is just another step in the journey. No need to walk back unless I have to revise dialouge.
Today at 2:41 AM •••

gabrieldiastche
Hey guys! Good news!
I just released the Games from Brazil - Part 2 on my Youtube Channel! I am really happy that part 1 had 100 views and I hope more people will be interested to see the potencial of Brazilian Game Devs!