Features: This Plugin allows developers to define weapons as "two-handed".


What this will do is allow the weapon to only be equipable in the "first" weapon slot.


Updated to allow one handed actors access to shield weapons in off hand.


Updated to allow offhand weapons to offset stats by percentage.


Updated for compatibility with Yanfly's Attach Augments. (And my Augment Extension by proxy)


Updated for compatibility with Yanfly's Equip Core. Also added a param to determine whether weapons need to be equipped in the main hand before they can be equipped to the off hand.


Updated to allow "sub-weapons" which will not have animations shown while weapon is in off-hand. (Will now be working on adding new "subtraits" to subweapons!)


Updated to allow "sub-weapons traits", a set of traits which only affect the user when a weapon is equipped in the off hand!


Updated to allow "main weapons traits", a set of traits which only affect the user when a weapon is equipped in the main hand!


Also reworked the plugin a bit to allow any "Non-shield" weapons to be equippable in either hand.


Updated to allow "Double-grip traits", a set of traits which only affect the user when the weapon is equipped without any other weapon equipped in the other hand!


Updated to fix bugs with the "Optimum" equip command.


Devs can now utilize all stats when comparing equips. (This value is expressed as a single "Potential" stat)

Updated to allow weapon groups that must be equipped together. (Ex. Arrows can ONLY be equipped with Bows.)

Howto: After installing the plugin, locate any weapon(s) you want to be two-handed in your database and add the tag <twohand> to the weapon's note field. That's it!


Weapons can be designated as off-hand only weapons by placing <shld> in their notebox.


Note that the plugin's file name must not be changed.


(Optional steps as well as detailed instructions can be found in the Help section.)


Permissions: This plugin can be used in any project, commercial or otherwise, as long as credit is given.


Thanks to YanFly, Yami, Tsukihime, Nelderson, Mellye, Bobstah, Fomar and and the rest of the awesome RPG Maker community for providing examples and assistance. I really couldn't have done this scripting stuff without you guys!
Last edited: Sep 26, 2020

As long as you set up the shield as a weapon and tag it properly, it should work fine.

yes! that's what I want. Thanks!

Glad to have helped. 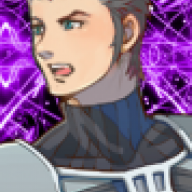 i'm not sure i understand this plugin...

I have two hand sword and I just seal off ability to equip shield for the class/actor when they equip the "Two-Handed" weapon. Wouldn't that work the same?

Sol Rising said:
i'm not sure i understand this plugin...

I have two hand sword and I just seal off ability to equip shield for the class/actor when they equip the "Two-Handed" weapon. Wouldn't that work the same?
Click to expand...

Like The Elder Scroll V of Skyrim, there's many weapon type and style, such as:

case4 - Two hands (a two-hand weapon, while equipped you can't equip any weapon or shield at left hand)
Click to expand...

To achieve case3, you should set the actor's or class' type with dual-wield type, however once set like this, you can't make your equipment style like case2 any more. So how about dual-wield setting in one-hand weapon's properties? Nah, nothing works. Even you set normal style for the actor or class, the one-hand sword will overwrite its properties. The result is your shield which already equipped will be force to take off.

I found a bug -- in game the vanilla "optimize" option (or something? I don't use English version. This function will auto equip the "best" weapons and armors. ) in equip page will ignore your script and do something like "berserker mode" (a one-hand weapon in the right hand, with a two-hand weapon in the left hand). I hope you can fix it in the next update.

I found a bug -- in game the vanilla "optimize" option (or something? I don't use English version. This function will auto equip the "best" weapons and armors. ) in equip page will ignore your script and do something like "berserker mode" (a one-hand weapon in the right hand, with a two-hand weapon in the left hand). I hope you can fix it in the next update.
Click to expand...

Yes.  I knew about that.  I recommend removing the Optimize option from your games if you don't use it.  I'll look into fixing the issue on my end.

Edit:  Original post updated with ver 1.2 to correct Optimize.  Let me know if you find any further problems.
Last edited by a moderator: Nov 9, 2015

Thx for your update.

I've tested and everything works right!

But testing it I get an error when my guy has a two hand sword on and i try to equip a shield.

when i go to "Equip" and the menu and choose him it give the error.

unless im doing something wrong, i just put <twohand> in his weapon's notes.

Ok, I got the two hand to work with no issues, but now making a shield isn't working for me. I made it a weapon and with the tag <shld> in the notes. It shows up in the weapons section of the items menu and the two handed sword guy cant see it. You'll have to have a non-two handed weapon equipped in order to see the shield.

The Shield weapons only appear in slot 1  (the side weapons slot) and nothing appears there if there is a twohand weapon in slot 0.

Try making and equipping a one handed weapon on your actor and see if that makes a difference.

is there any way to make the shield with the <shld> not tag show up in the armor category in the menu though?

I'm sorry but I don't understand what you mean.

Edit:  Do you mean if an actor does NOT have the dual wield enabled and slot 1 exists as an armor slot, you want the shield to appear in that slot?
Last edited by a moderator: Nov 12, 2015

sorry, i guess i didn't explain it that well. this picture might help, the shield shows up in the weapons category in game instead of armor. This is more of me just being picky and trying to have everything look "just right". If it can't be helped, no big deal. While that is technically not a scope of this plugin, I'll look into it and see if I can add it.

So this uses weapons as shields right?

Fox536 said:
So this uses weapons as shields right?
Click to expand...

Correct, but you must first tag them as shields.

mephet
Decided to add the option to customize decor/furniture in the player's base -- a couple of item options per furniture slot, some different carpets, etc. It's not really difficult to event, but oh goodness it's much more tedious to implement than I anticipated :'D
Yesterday at 9:43 PM •••