Features: This Plugin allows players the freedom to edit the random encounter rate via the Options Menu up to and including complete removal of random battles.


This is done via percentages.


Developers can edit the upper limits of the encounter rate to allow higher than normal amounts of battles if the player wishes.


Howto: After installing the plugin, you can set the optional rate change in the Plugin Manager.


Note that the Encounter-half and Encounter-none effects can still work, although I doubt it would be used if this plugin was also available to the player.


Also note that the Plugin's file name must remain "MalEncounterRateOptions".


Updated: Fix to allow values higher than 100 to be saved and loaded properly.


Updated: Now allows developers to lock the encounter rate and change it for specific areas/situations via script calls!


Updated: Now allows developers to allow encounters to occur even if players are not moving. Amount of time needed to start encounters can vary based on plugin settings.

Updated: Fix to give players reprieve from random encounters starting immediately upon finishing a previous battle. Players must now take 1 step to start the no-step timer.

Permissions: This plugin can be used in any project, commercial or otherwise, as long as credit is given.


Also cleaned up code a bit and aliased where possible.


Added ability for devs to lock/unlock the rate, keeping the player from changing it.


Also, devs can set the rate to whatever they want via script call to allow higher encounter rates in specific areas or via item use, etc.

Added ability to allow players to have random encounters even while standing still.
The time between encounters can be reduced by increasing the EncounterSpeed param.

Anyway to increase the rate in which something spawns based on player level?

Solis said:
Anyway to increase the rate in which something spawns based on player level?
Click to expand...

I made a tiny update to ver 1.4a.
The $gameSystem.setEncounterRate(); Script call can now accept evals.

What this means is you can make a parallel common event which runs this script call:

and it will take the party's average level, multiply it by 10, then add that number to 100!
You can also use variables or any other script call that would return a number.
(The variable call would be $gameVariables.value(x); for those that don't know.)
(Just note that you might want to lock the rate so that the player can't change the number on their own.) 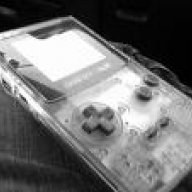 I like this script, I would only use it to force the player to choose between like 15%, 25% and 50%. or for example: Light, Average, Condensed but in percentage form.

How would anyone else here use this script!?!?

Marillmau5 said:
I like this script, I would only use it to force the player to choose between like 15%, 25% and 50%. or for example: Light, Average, Condensed but in percentage form.

How would anyone else here use this script!?!?
Click to expand...

I tried to set it up so that devs could decide that.
One example could be an item/skill that increases encounters. A common event can set the rate to double or triple for a time, then reset or unlock the rate to the player.
Also, a zone could be made easily that has a very high encounter rate without having to use an extra region to do it.
Or, if a story event requires a world map or other area to have no encounters for a set time but allow the player to move around freely outside of an event.