If you want, send us a technical support mail and your invoice of the old comipo and we'll bring it up with them. 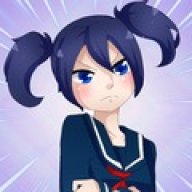 Thanks. I haven't given up hope yet. I bought mine on Crunchyroll when the English version was first released and I have Patrick Macias talking to them  I really want to be able to use it again, but I'm also worried because I payed for the first DLC pack and don't know if I'll lose it. Should they come through, then I'll probably buy at least the DLC with the clothing. I've been unable to use it for months and hope it can be resolved as I would like to be able to use it for making Vocaloid PVs since I do that sort of thing.

The question was asked, but I didn't see an answer...

Having now bought ComiPo and all the expansions, is it possible to use it (for characters we make in the editor) to make images/faces to use in RPGMaker?

deilin said:
Having now bought ComiPo and all the expansions, is it possible to use it (for characters we make in the editor) to make images/faces to use in RPGMaker?
Click to expand...

Indirectly yes, but not directly.
You can use Manga Maker to make a face, bust or otherwise needed picture of a person, then make a screenshot of that (or save as a picture) and cut the rest of the picture away with a graphic program before importing it into RM.


It has no special save method that will save something in the formats used by RM directly, it will alsway need that cutting/image manipulation to get the result into RM-Formats. But that is a lot less work than making a picture from zero with the image program alone.

I have Gimp for that. The characters I can make in ComiPO closely resemble some sprites I had made for a game. Was just wondering the legalities of it.

You can use Comipo stuff in RPG maker 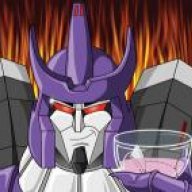 Alright, I just bought rpg maker vx ace on steam and I'm very happy with it. Bought the samurai resource pack with it. I have a couple questions about comipo and ig maker. First...

will there be a samurai resource pack for comipo?

can you save pictures you make with comipo and export them into ig maker? Are they compatible?

if there's no samurai resource pack currently in the works for comipo or being translated or created would you consider making one. I'd buy that for sure. It should have lots of combat stances too, not just clothes.

I must say I love your poducts but comipo seems to be a little lite on interesting resource packs. Thanks for your time.

Comipo was just released, it's going to take some time to build up the extra resource options.

I didn't know how new comipo was but as long as they're releasing new resources in the coming years I'll buy them. As for my other questions...

can you save pictures you make with comipo and export them into ig maker? I'm wondering both technically and legally.

Well, ComiPo! has been out for a few years, and there have already been a lot of demands for resource packs, and their pretty slow to release new stuff.

As of now, they haven't released anything in history or fantasy as a genre, just modern stuff that is mostly high school related, so I highly doubt that they will be releasing a samurai pack any time soon.

When it comes to using graphics exported from ComiPo! in a game engine, your free to do that.

Thank you for your quick response. I'll keep my fingers crossed for a samurai resource pack or any other interesting resource pack for that matter. Thanks again

Hey guys! The Comipo Guide is up :3

I saw on the ComiPo! site that the guide could be purchased at one time but can't be now.


Archeia said:
Hey guys! The Comipo Guide is up :3
Click to expand...

Archeia said:
If you want, send us a technical support mail and your invoice of the old comipo and we'll bring it up with them.
Click to expand...

CrunchyRoll contacted ComiPo for me and since I somehow lost the licence for the software itself, even though I have a record of having purchased it, I am SOL. Their customer service is pretty atrocious and I would not recommend anyone spend money of this.

The Customer Service for Comipo is now being handled by us. I think we can do a better job, if our customer support for RPG Maker says otherwise.

If you still have the email or key you used and contacted customer support from this site, there could be something done.
Last edited by a moderator: Mar 19, 2014

I lost the key, or rather the email they sent with the key which was from September 2011. The only key I still have is for Collection 1, which doesn't do me a lot of good. The reason I have gone though Crunchyroll is because they do still have my order on file, so basically they are the only ones that can prove I actually paid for the software.

Whenever I place my character, I want her to lay down but she gets cut off! She can't sit or lay and it never shows her legs, what's wrong?


It sounds like you just need to adjust the model up.

Yet again, I couldn't post a picture...So I sent a link. See, I don't know what's wrong.

Hey, I know this one, it was in the guide Archeia posted just few posts above. There's a box that is kind of like a view window for the object, and it's too small for what you're trying to do. You should download the guide, it's small and funny.
You must log in or register to reply here.
Share:
Facebook Twitter Reddit Pinterest Tumblr WhatsApp Email Link