This script allows automatic gameovers to be disabled via switch.
It functions within all applicable scenes and includes an additional switch to disable in-battle victories.

A simplistic yet powerful tool.

​
Code:
rin_manualdefeat_v100.txt
Free for Commercial Use with given credit.
See script header for additional information.

Pretty awesome. I have an idea where I will use this in my game. Thanks 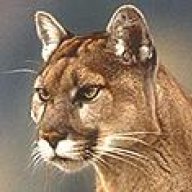 This is probably going to solve a lot of problems for my custom Game Over (Retry) System. Just one question: I don't need the victory switch, so if I set that to 0, I can disable that, right?

I was testing your script and I found a bug!


Code:
You have an ! in these two spots. That means if the switch is OFF, then your override kicks in. If you remove the !, then they will only kick in when the switch is ON. Just thought I'd give you a heads up on that.
Last edited: Sep 29, 2017

@Cougarmint Thanks for the heads up, I'll give the script another look when I'm off.

@Cougarmint The script appears to be working as intended, and yes, setting the switch to 0 is fine. Are you any having issues? To be clear, having to turn the selected switch on to disable automatic gameovers and/or victories is the intended design.
Last edited: Sep 29, 2017

Yes -- as I said in the above post, I had to remove the ! from the first part (the part I mentioned above) to get it to work right; otherwise it kept triggering game overs even when the switch was on. In fact, when I ran the script with "Even if Defeat" on, it ran the event as normal then went to game over.

The second issue I'm having is that upon defeat, I have a switch that is set to turn on upon the party losing (when health is at 0), but the switch is not turning on. That switch is what triggers my custom game over common event. It also overrides it as such that if I have a scripted battle sequence that allows the player to continue after defeat, that part doesn't go off either. Any suggestions as to what I may be doing wrong?
Last edited: Sep 29, 2017

@Cougarmint Well... that bug you found wasn't actually a bug, by modifying the script you've reversed its intended function. Turning the switch on would enable gameovers/victories. Use a fresh version of the script and check your previous event for errors. The second problem you're having will probably resolve itself by using the original script.
Last edited: Sep 29, 2017

I am going to. I also found a bug with my original event as well, I will look at it in more detail.

However, in my messing around I also inadvertently stumbled on the Scene_BattleManager and modded it to basically trigger an alternate to the game over anyway. I wish I had found that sooner. In anycase, let me give it a go and see if it was just the event itself being the problem. <3

I just tested it, and it allowed my original event to go through, but went to game over right after. I don't know what I'm doing wrong; I think I may have to put a revive on the player or something. As I said before though, I just edited the scene_BattleManager and overrode the game over from that end, so I will just use that. I have other custom scripts and such installed as well so it could be in conflict with one of those, now that I think about it.

This is a nice script though; I'm sorry to put you through the trouble.
Last edited: Sep 29, 2017 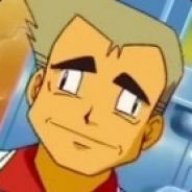 Um, this might be kind of a newbie question, but where in the Script do I put this? I know under Modules, then in BattleManager, but what line? (I'm sorry, I'm still really bad at coding and scripting for myself atm...)

@Maggatron You do not put this anywhere inside another script. Scripts need to go under Materials and above Main, in their own, named, slot. Please read this post by Andar which will help you to understand how to use script.

Kes said:
@Maggatron You do not put this anywhere inside another script. Scripts need to go under Materials and above Main, in their own, named, slot. Please read this post by Andar which will help you to understand how to use script.
Click to expand...

EuphemiaArtoria
Finally finished my first big game since joining the forums! Please check out Petal Knights! https://forums.rpgmakerweb.com/index.php?threads/petal-knights-playable-now.117898/
Today at 4:46 AM •••