Map overlay buildings on other maps 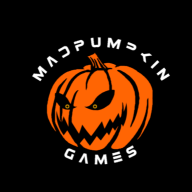 The request: I am requesting a script that would allow me to place one map on top of another map like a parallax, but with all of the functionality and tile reading from the second map.

Details: I would like to be able to use event notes or script calls for the process to work. One event would be placed at the top left of the space where the second map would import it's data to.
The idea is to prevent too many duplicate maps with different variations from cluttering a game while also allowing multiple tile sets to be used in each map using this overlay.

Example:
Map 1: For this map the top left square of the dirt box would be where the call event or locator event would be placed. Map 3: End result. a seamless map overlay that would allow multiple variations of the same location based on the developers intended use of the map. all events and npcs that are on the second map would import over to the first map as well so that doors and characters with interactions can be used. this also allows a developer to keep their event number down for the main map. I am willing to pay for this request, though I would like to add that I would appreciate it if the script when finished and payed for is available to the community as well.

If there are any questions about the request feel free to ask, I will answer as best I can.

It only copies tiles, not events. This would be difficult, because events have IDs and each map can only have one event with a given ID. If you change the event ID, you will lose the link to the event's self switches.

It only copies tiles, not events. This would be difficult, because events have IDs and each map can only have one event with a given ID. If you change the event ID, you will lose the link to the event's self switches.
Click to expand...

That is very similar to what I am requesting, though I do know it is possible to transfer events, I do not know how much complexity it would require to make that possible. I recall a script from RPG maker XP that did both things as such. Though since VX came out and XP faded away I have been unable to locate said script for reference, not that it would necessarily make a big difference given that XP ran RGSS with Ruby base and MV runs JavaScript.

I would still like to keep this request open in case someone might be willing to work on transferring events from one map to another within a similar manner.