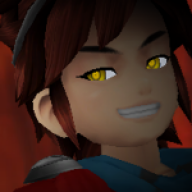 I'm currently encountering an error that only happens when I attempt to load a save after a game over from losing a battle occurs.

From what I've read, 'Maximum call stack size exceeded' tends to mean that something is making an infinite loop. From what the F8 screen says here, something about initializing is the possible culprit. I'm not exactly savvy with javascript so I need some insight about how I can track down which part might be causing the loop as well as how to fix it.

the most common cause of such a loop is if you have a plugin installed twice. Yes, that happens more often than you think especially to users who install plugins en mass without configuring them.

the second most common cause is two plugins modifying the same function that are incompatible to each other. In this case I consider this unlikely because all plugins involved in the error are from the same programmer and are known to work correctly together.

the third cause is wrong configuration or wrong order of plugins. If you don't have a double entry then you need to check what you did wrong when configuring Mog's plugins.

To add more, I've done multiple runs of replicating the error and while there's been a few other plugins that show up in the error, the most recurring ones are Mog's that are in the pic above. The most common thing the error log points to something relating to actorID, such as: "_mog_bcry_gact_setup.call(this,actorId);" or "_mog_dmgpop_gact_setup.call(this,actorId);" and so on

The further I dig into this, the more things seem to go wrong. As it turns out, since I was using a plugin that skipped the title screen, I was unaware that this bug now seems to happen right on the title screen when selecting new game and not just trying to load a save.

On the plus side, I know for a fact that it's definitely those specific 3 Mog plugins that are causing it somehow. When I disable them, the game loads fine and can start new games or load save files.

And here's what each error points to within the Mog plugins:

all of mog's plugins work correctly for others if they are configured correctly.
so listing the codein those plugins is useless because that code is correct.

the problem is either the configuration data for these plugins, or their order in the plugin manager.

Fair enough. I narrowed the plugin issues down to just Mog_LMBS. However I haven't changed anything in it's configurations since plugging it in. Not to mention I wasn't having any problems until fairly recently. Changing the order of the plugins only changes what order they appear in the error log. So at this point I don't think I have a choice but to just nix this project, 'cuz I definitely can't wrap my head around what I could've possibly done to screw it up. Thanks for trying to help though.

give us a screenshot of your plugin manager and tell us what version number your project's rpg_core.js has.
and if you didn't configure the plugin that could be the reason for the error - if I remember correctly some of mogs plugins need to be configured based on the database entries of the project where they are installed, so their configuration needs to be changed based on the specific project where they're used.

This could also be caused by a different plugin you have overwriting a function one of Moghunter's plugins are using. The error would show up in Mog's code and you'd never know which plugin was actually the source of the problem.

To find out exactly where the problem is, here's what I would do:

Make a new clean test project with the same plugins you have on now, but disable every plugin. Then turn on only Mog's plugins, and verify that they work correctly (they should since they were written by the same person, but it's always worth checking), and that they're configured correctly. It you still have the problem at this point, you either configured something wrong, or there's a legitimate bug in Mog's code.

If that all works, then you start turning on all of your other plugins one at a time until you find the problem again. If you find that Mog's code crashes only when you turn a specific other plugin on at the same time, then you know it's a compatibility issue between those specific plugins.

Sorry, just noticed the posts! My rpg_core.js version is 1.6.2. I'll try making the a clean project with the plugins I have and see how it goes. As for the plugins I'm using, here's the list:

EDIT: So far I've found 1 plugin outside of Mog's that cause the bug, being Yanfly's Party System plugin. I'll keep looking for any others that may factor in.
EDIT2: None of the other plugins on my list caused the bug to occur again, so the Party System may have been the culprit all along, but I need to do more testing before I can say anything with confidence
Last edited: Dec 20, 2019
You must log in or register to reply here.
Share:
Facebook Twitter Reddit Pinterest Tumblr WhatsApp Email Link

RachelTheSeeker
How do you delete your own stupid thread here
Yesterday at 10:40 PM •••