Have you heard of that far off country
So grand and green
With flourishing crops,
And abundance of seeds?

Perhaps you have, but...

...have you heard of its demise?​
SYNOPSIS

The region of Niwa was once the bread basket of the world, a hub of farmers whose crops never failed. That is, until the Harbinger came and burned the land, leaving it desolate, and the drinking water poisoned.

Only one farmer's crops have not suffered the blight of the Harbinger's curse, but for how much longer? For his beloved daughter, Clover, has now fallen ill from the tainted water.

Enter Ron - a childhood friend of Clover whom has recently come to terms that he has fallen in love with her. To receive her hand in marriage, her father requires Ron to undergo a vigorous test... venture in and out of The Maze.

There, he must find 5 ingredients key to curing Clover's illness as he survives the dangers within the brush and meets other daring individuals with their own goals.

Will he emerge alive
Make his friend his bride
And live happily ever after?​
​
FEATURES:

*Although there are a lot of enemy encounters, you can choose to Escape most of them and you'll still be able to defeat the final boss. Water enemies are the only ones that drop Liquid Mana, so you might want to engage in some of those. 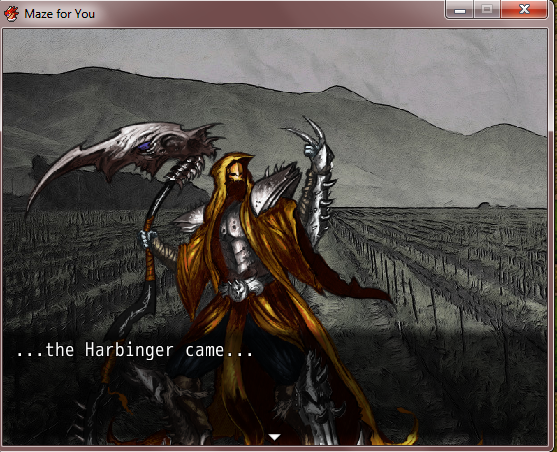 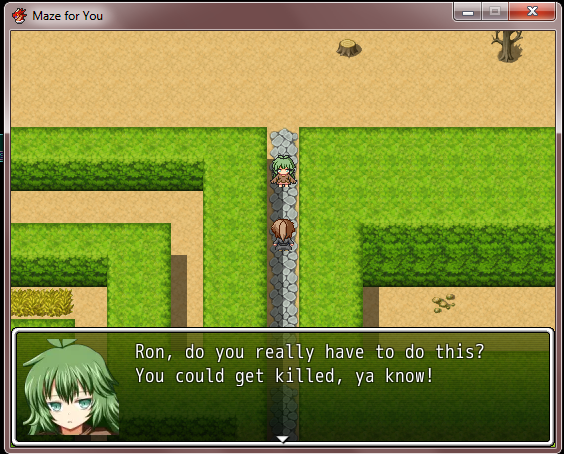 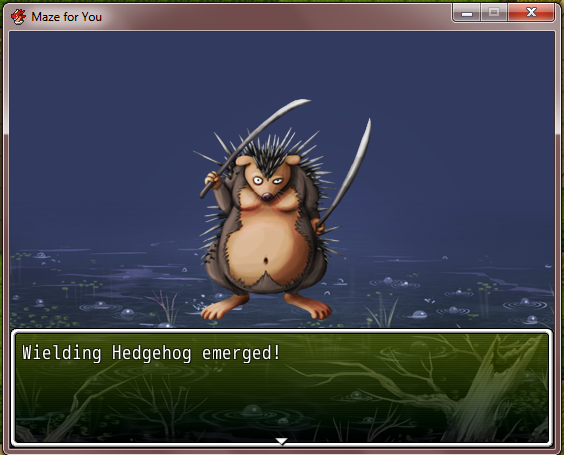 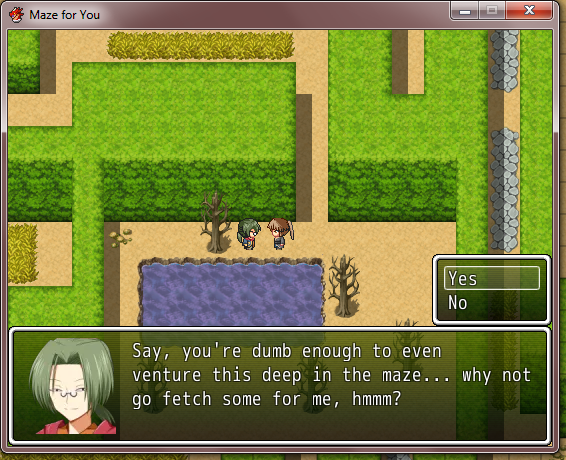 Maze for You by Tofu Sheets Visual

For her life, he'll find his way out

Last month, I finally released a One Map Challenge project! It doubled up also as an entry in the "Secret Santa Jam" where we are randomly paired up with a giftee and make a game based upon what they write in their letter. My giftee mentioned liking anime, love / dramatic stories, comedy, and RPGs... so those things I drew inspiration upon to make this game! Unfortunately, I was unable to add voice acting in the original build, so.... for Finally Finish Something jam... I now have a fully voice acted build up! Now the game feels truly complete! It was fun making this game for my giftee, especially within the constraints of the One Map Challenge. It's also my first time making an RPG with full voice acting rather than just voicing the cutscenes (but since this game was small and short, I thought, why not?) I hope you enjoy it as much as I and my team did making it! ^^
CREDITS: