BK-tdm said:
Heya @RCXDan! thanks for your interest and your playtime! you only got to a third of the demo though (there's 4 boss encounters).

As for the stealth thing, zombies cant be evaded, only human enemies are susceptible to stealth mechanics which will be encountered ater the first boss fight, i should clarify that somewhere

Most of those issues were corrected in the next patch which should be up later today hopefully
Click to expand...

... A third? Damn I really must have gotten softlocked, huh.

Also wouldn't it make more sense that zombies lose track of you easier because they're mindless and most of their senses would be impaired due to zombification?

Especially if they're the first thing you throw at the player as like, a tutorial on how the game's stealth works? It feels like it would be better game design & a better first impression, since it looked to me like the stealth just didn't work and didn't give me an indication it would work for human enemies later on.

Anyway, I had fun. Good luck as you keep working on the game

Its weird that you got softlocked as i set an autosave on the door before the boss encounter so that people could reload and get more supplies if they found it too hard.

BK-tdm said:
Its weird that you got softlocked as i set an autosave on the door before the boss encounter so that people could reload and get more supplies if they found it too hard.
Click to expand...

Oops. I mean it wasn't hard, I just couldn't leave when I was actually in there.


BK-tdm said:
I made it so the zombies are easier and no stealth needed as human enemies are way harder, zombies are a tutorial enemy for the combat system as the stealth section is further ahead with its corresponding tutorial and the other boss encounters need a grasp of the combat system
Click to expand...

Fair point. Yeah, maybe you should mention that in the opening bit? 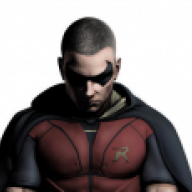 Is the weapon wheel working, because sometimes I am stuck with the handgun after I use all the bullets.

Yes its working, you need to press i to open the inventory, go to the weapons tab put the mouse cursor hovering over the weapon you want to assign then press an arrow key, you will see a small "left/right/up/down" written on the weapon icon if its done properly, then you press E to open the wheel.

Thanks for the help. I didn't even know you had to use the mouse to equip there. The arrows, WASD and the mouse are all used as player input in your game.

-in menu youre forced to use arrow keys instead of wasd which is confusing
-way too many buttons at the start l got overwhelmed, maybe just put skills later on
-when walking towards a door with a dialogue the dialogue instant disappear without being able to read it *so w make the text skip l doubt that was intentional
-cannot target enemies no matter what l do, prob was in the tutorial at first but l cant access it afterwards, dont expect the player to remember all those buttons
-not all guns have range written on it, l have no idea why the 3k gun seems better than the 4k one
-healing skill make all items useless especially when the game is way too easy
-how are the soldiers didnt heard the explosion at the entrance?
-ammo seems bugged, l had equipped the rifle already and told me it was using the same ammo as pistol so l maxed that then when l entered the hospital it switched to the other *you really need to say which ammo go into which gun
-earrape at the door southeast on sewers make a wait time before doing sound again
-could do reload and shoot sounds in the box
-game crash after going up
-music at the end wasnt working properly until l reloaded

I will check the entire stream/video later, but ill adress a few points now:

The control shenanigans are engine limitations that i havent found a workaround for yet, sorry about that.

I see you're a wow player so is no surprise you actually found the game easier than most people, as the skillbar and menu system is based on mmo's like wow, i've actually toned down the difficulty for most players as they arent used to this system including comboing skills, might have to add a hard mode difficulty later then

Ammo per gun is explained on the ammo description not in the guns as i dont have enough space in the help window to set it up properly, why is the rifle showing the wrong ammo is a bug im looking into.

Anyways ill check the whole thing later, thsbks for testing my game out

A recommendation I would give for this game is for the intro.

When you start the game, you get a lot of dialogue between Snake and the commander, when the hero is in the helicopter. I recommend that same conversation, instead of being on top of the city, for it to be on the way to the city. Maybe used a sky as a parallax, and make the picture scroll from west to east, so that it mimics the movement of the helicopter.

The stealth almost never works, but it's not needed for this game.

The helicopter iside scene is actually done for other missions ln the main game but i liked your suggestion so i moved the main briefing to that map before the player gets to the map.

What part of stealth is not working? Zombies arw immune to stealth but the sneak section is working as intended, i tested it multiple times and all the streamers i got to watch it worked as it should so im curious, theres only one stealth section in the demo.

Oh wow, this looks like it'll be loads of fun! Plus I love mecha. Will try out the demo as soon as I find the time and leave some feedback ~

Oh please wait a bit, a new patch is in the works and will be released soon, im just having a bit of technical problems

As always any feedback is appreciated, if you find any typos, collision errors, glitches, visual errors, softlocking and any other technical stuff let me know right away !