Mechanics for a Doctor Who game? 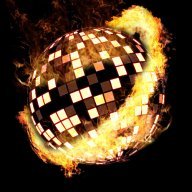 Hey guys,
So I've ran into a bit of a conundrum, basically I'm developing a Doctor Who fan game and I've still not decided how I'm going to handle combat, I was originally looking into an ABS system because I prefer the idea of having all the enemies on the screen and sneak past them if you wish, and being able to use different abilities on the field eg, The Doctor with his sonic screwdriver ect. I was looking into various plugins but eventually discovered moghunter's chrono engine which has the tool system which would be perfect to get all The Doctor's tools working like the sonic screwdriver, psychic paper ect. The only problem with every abs plugin I've tried is ALLIES, you can't have party members fighting with you which takes away from the feel of Doctor Who I think. I was thinking I could use the other battle system in the chrono engine but the characters leap across the screen on that and again that wouldn't feel like doctor who, then I was thinking maybe a tactical battle system because then i can incorpate allies, they would each have different abilities and there would be some strategy and thinking involved which would feel slightly more like doctor who. I kinda want to implement the tool system.
I just wanted to ask for some opinions and advice on the subject.

It seems to me, a Doctor Who game shouldn't really even have combat. Not in the traditional sense at least. The Doctor fights monsters by outwitting them, and trapping them, and generally showing he's much smarter than anyone else. To me, translating that into combat would be to focus more on environmental interaction and dynamic item usage than anything else. It's much less important for the Sonic to affect enemies, whereas it's very important that it affects the area.

As such, I support the tactics style that you mention near the end. A tactics game with focus on avoiding enemies, but tactics nonetheless. It allows you to easily control the Doctor and companions, while using terrain a lot. That seems like the best route to go down, for trying to keep the feel of the show.

This is kind of what I was thinking, the doctor doesn't usually fight in the traditional sense except we have recently seen him zap and blow up cybermen with the sonic in the doctor falls, but even though it's rare for the doctor to engage in combat he has allies that do for example Cpt Jack has a gun as does Strax, Vastra and Jenny have swords, so different characters would have different roles in combat.

A Doctor Who game is totally one of those "maybe someday" games I've thought about, but yeah, the combat side of things makes it tricky.

You could have the occasional companion who doesn't have a problem with fighting (Captain Jack, the Brigadier, River, Vastra, Jenny, Strax just off the top of my head...) but generally a Doctor Who game should discourage combat.

I like the idea of a Tactics game, though. For instance, you could have "win" conditions based around solving puzzles- the Doctor and/or his companions have to turn on a forcefield generator, but they also have to deal with the Daleks that are overrunning the base. So then you've got a platoon of UNIT soldiers/Roman centurions/neanderthals/space marines who actually DO engage in combat, and they're the ones who actually prevent the Daleks from advancing, which gives the Doctor a chance to do what he needs to do, but might die if you're too careless. And if too many soldiers die, well that's a "lose" condition right there.

I like this idea alot, and I was thinking similar things as I looked into the plugin and what it would allow me to do, I like the idea aswell of using soldiers from the various different factions from the Doctor Who universe like UNIT ect, would I need to make a different character in the database for every different soldier used?
But I think the way to go is a tactical system with inventive win conditions, should make for an interesting game which would require a level of strategy from the player.

It'd be best as a strategy game, I think, and you can scan HP and stats with the screwdriver, then get little hints from there as to how to defeat the enemies. The second part is kind of like Undertale.

Tai_MT
Lately, I've taken to smashing random nouns/verbs together as insults. It's sort of amusing how many people don't really know how to respond to that. You bottle shaker!
Today at 9:57 AM •••

Jrrkein
Would be nice to pick color code that is not exclusively for message event
Today at 8:52 AM •••