Small question: with MV's mapping system and the big tiles it's impossible to put all buildings for example in one image and use it as a tileset right? I mean, two buildings are already longer than the image height that MV allows for one sheet of a tileset?


I sure do miss XP's mapping system...


Are we obliged to parallax or use Tiled then or am i missing something that we can use inside MV itself?


Edit: Holy ****, i only ever mapped with XP before but I simply can't use MV's mapping system. I Mean... I try to put some of the premade houses into a tileset sheet but even just two houses is too much for MV to handle or the diagonal church is even too big on it's own. It cuts it off etc.


Jesse, you said you made some of the maps with the premade houses in the default editor if i remember correctly? Can you give some pointers on how i'm supposed to get those inside an MV tilesheet? Or is parallaxing really the only way we can realistically use the premade buildings?
Last edited by a moderator: Feb 20, 2016

Wow this new two packs are great! Just a quick question, what are the best plugins to utilize these resources? I've tried using Galv's diagonal, frames and running but it doesn't recognize the 8 frames.If I put 6 frames it doesn't give me a graphical error but it doesn't play the 8 frames.

So I bought the two packs and I must say I'm impressed.  Great job.  It's going to take me hours just to experiment with these, so I actually know all that I have.

I am waiting for a client's payment to come through so I can buy these packs, will anyone humor me with a video or map screenshots of their test work in the interim? : D
Last edited by a moderator: Feb 21, 2016 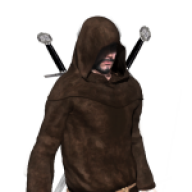 I'm also waiting for the Steam version so that I can buy it. I cannot buy anything in dollars right now. But I've seen the work so far on you facebook page and it looks amazing!

Besides my cats, this is the only reason I want to return home.

Question:  In the Medieval Interiors Pack, Female Accessory 3 and 4, are those suppose to be robes or something else?

@HasdrubalBarca: The scripts from Galv seem to work well, but if you cannot get it to work for you, there is a similar multi-frame script by Shaz in the plug-in section of the forum. I have not taken a good close look at Galv's scripts yet, but you might want to double check and make sure you are setting everything up according to any directions that are given. Sometimes a simple mistake can go overlooked and have you racking your brain trying to figure out why something isn't working, this happened to me with Victor's scripts for VX lol, but after awhile I figured out. Maybe someone who is a bit more knowledgeable with the scripts here can weigh in on this?


@The Infamous Bon Bon: They are like heavy overcloaks basically.

Alllmost done with the male clothing for the Medieval: Warfare pack. Here is a look at some of the paperdoll items, and how tabards look/work with some of the bulkier armor items:

Some of the pieces have multiple bust or paperdoll options. For example, the belt shown here is at two lengths, one shorter length for regular armor and one larger length to fit around tabards and plate.


The armor included in the Medieval: Warfare set will primarily be 'functional' armor, stuff that soldiers and knights and such would wear into battle. I thought of another pack I would like to do called Medieval: Tourney which would include fancier/ornate armor, along with horses and barding, and tiles to create a tourney ground (so jousting lists, maybe a quintain if I can figure out how to make one, etc).

If you decide to make a tourney pack, i'll buy it too

Thank you I was making a character generator and I couldn't quite figure out what to call them or what they were actually.


Those paperdolls for the warfare pack are looking nice and since you mentioned that you were going to include weapons for the paperdolls, these could be used for some front battlers in a pinch, but mostly I think it will just flesh out characters a lot more, even if they are just swords in scabbards or bows over shoulders and stuff.
Last edited by a moderator: Feb 24, 2016


Otherwise I can't wait to see what the next pack offers.
Last edited by a moderator: Feb 25, 2016

The Infamous Bon Bon said:
Thank you I was making a character generator and I couldn't quite figure out what to call them or what they were actually.


Those paperdolls for the warfare pack are looking nice and since you mentioned that you were going to include weapons for the paperdolls, these could be used for some front battlers in a pinch, but mostly I think it will just flesh out characters a lot more, even if they are just swords in scabbards or bows over shoulders and stuff.
Click to expand...

Would your generator happen to be available to the community when it's done, or is it strictly private use? : D

PsychicToaster said:
Would your generator happen to be available to the community when it's done, or is it strictly private use? : D
Click to expand...

Well, knowing that we have to purchase the resources...

Hopefully he and Jesse can make a deal with it... Saves a lot of time.

BloodletterQ said:
Well, knowing that we have to purchase the resources...

Hopefully he and Jesse can make a deal with it... Saves a lot of time.
Click to expand...

I was thinking along the lines of anyone using his character creator having to load the files themselves because they're purchased resources, if he were to program as such. xD If they didn't own the resource packs it wouldn't do anything.
Last edited by a moderator: Feb 25, 2016

Also, I wonder if there's any hints about changing eye color.

PsychicToaster said:
Would your generator happen to be available to the community when it's done, or is it strictly private use? : D
Click to expand...

Well its basically a GIMP file with every paperdoll file as its own layer so you can turn on, turn off layers to make your character and it allows you to move the layers around because sometimes boots look better over pants, sometimes they don't for example.


I've finished the female one and I'm starting to work on the male one now.  It doesn't really make the character for you, but gives you an idea of how you should layer your graphics and helps visualize things, hence the reason to use the paperdoll files.


After I finish, I will ask Jesse if he would like them for himself and if he wants to include them with the next update, I would be fine with it.

I'm super excited to use these, just made my purchase. Time to learn how to parallax map xD. My only concern is getting the water to animate via parallax mapping. I'm not sure how to pull that off.
Last edited by a moderator: Feb 25, 2016

Well, I have a rough first attempt at parallax mapping using these tiles. Figuring out the way cliff pieces work took a bit longer than I thought it would, but I finally got a decent understanding of them. I've never done a parallax map before, and this is just a practice attempt that I'm still working on. I'll get to figuring out animated water later, practice is all that matters. @Jesse - PVGames thank you for your hard work. These resources are incredible.

I know the bridge seems kind of crammed in, I hadn't really planned on that, and the dirt blending needs serious work. I've been trying to experiment with opacity levels to make it blend in better.


I am completely clueless as to how to blend cliffs and terrain to where you can walk up and onto a cliff without stairs, so the cliffs here are inaccessible.
Last edited by a moderator: Feb 25, 2016

watermark
I suddenly feel like making a game for little kids: a pointless sandbox of cute animals, silly collectibles, and random mini games.
21 minutes ago •••